Are almonds or pecans a better snack?

That depends on what you’re looking for.

This side-by-side comparison of almonds vs pecans should answer any questions you have about them. All data on this page is per 100 gram serving of each nut.

Let’s start off with the macros of each nut:

There are quite a few significant differences:

In most cases, people prefer the higher protein and lower calories from almonds. One exception may be on a keto diet where having more fat instead of carbohydrates can be more important.

Omega 3 and 6 Fat Ratios of Almonds and Pecans 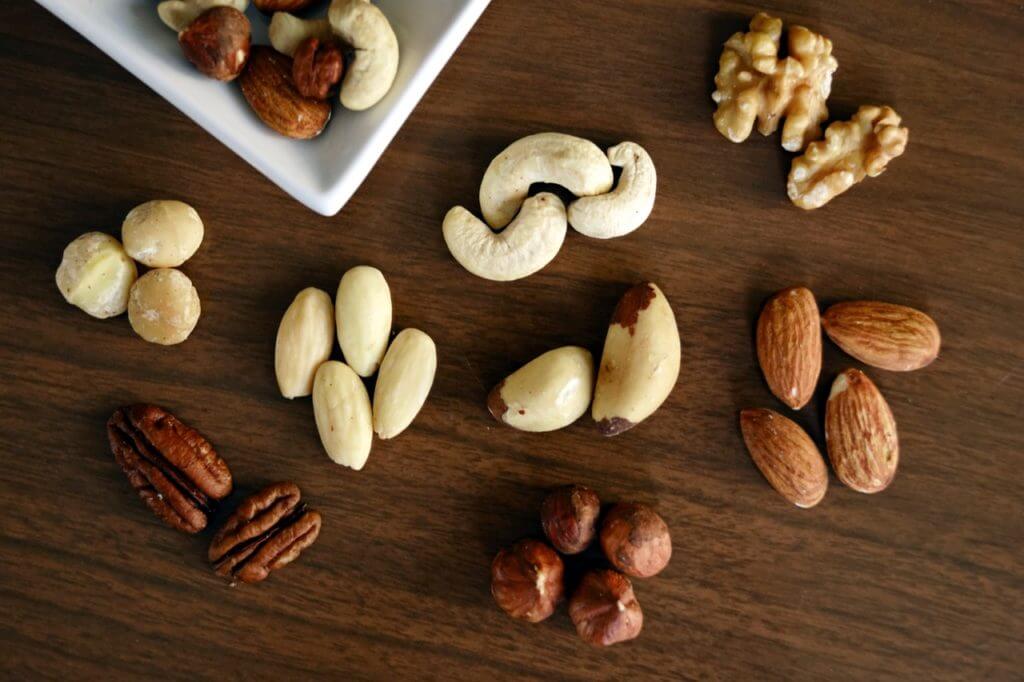 With a high amount of fat in both nuts, it makes sense to look at the omega fats in both.

Compared to other nuts, pecans actually have a pretty good omega 6 to 3 fat ratio.

The ideal ratio is roughly 4 or below, so pecans still aren’t “good” compared to other foods, but they aren’t bad compared to almonds.

See the omega 3 to 6 fat ratio for all nuts here.

Vitamins and Minerals of Almonds and Pecans

Nuts are very nutritious and contain a wide variety of vitamins and minerals.

These are sorted roughly in order from largest percentage of RDA to least, but note that your specific RDA may vary from the number listed.

Not all vitamins and minerals are equally important (i.e. hard to get in your diet overall).

The most significant differences above are that:

Depending on the person, either profile could be preferable, but there’s not a clear “winner.”

Almonds vs Pecans: Which is Healthier?

Both almonds and pecans are healthy in small amounts. Almonds are lower in calories and higher in protein, which is typically preferable, but also have a worse omega 3 to 6 fat ratio than pecans.

Are Almonds or Pecans Better for Weight Loss?

With 16% fewer calories per serving, almonds are better than pecans at creating a caloric deficit for weight loss. However, note that pecans are significantly higher in fat, which can make them more “filling” for some people.

Are Almonds or Pecans Better for Bodybuilding?

Almonds are clearly better than pecans for bodybuilding. They have over double the amount of protein in pecans. It’s not that almonds are particularly high in protein, but pecans have a relatively low amount for nuts.