Most Doritos are not vegan.

You’re not going to find an easy-to-see “vegan” label on any bad of Doritos.

Their website at the moment doesn’t mention “vegan” anywhere.

But, if you’re a fan of Doritos you do have a few options as a vegan.

Let’s take a look at them.

Keep in mind that I based everything in this post off the ingredient information on the Doritos website.

It may vary from country to country, so double-check before buying anything. I’ve pointed out the things to look for throughout this post.

Doritos Flavors that ARE Vegan

There’s only one flavor that I’m pretty confident are okay for vegans: the Toasted Corn Tortilla Chips. 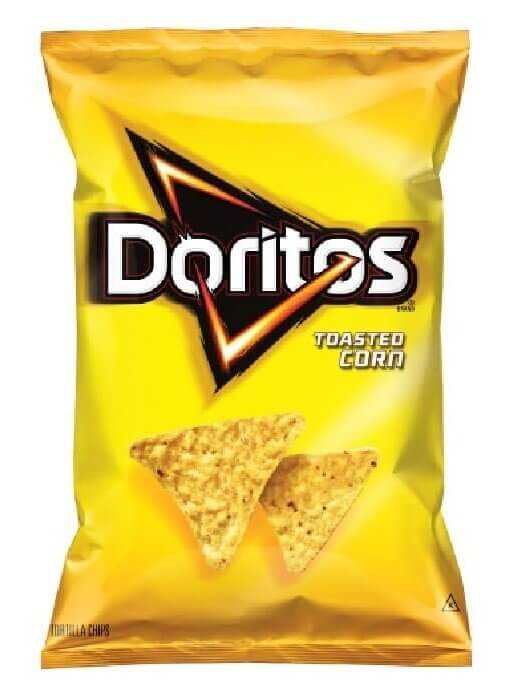 All of those are clearly vegan ingredients.

Doritos Spicy Sweet Chili and Blaze MIGHT Be Vegan

Most varieties of Doritos are clearly vegan or not, except for the 2 here.

Depending on how strict of a vegan you are, you might consider Spicy Sweet Chili Flavored Tortilla Chips vegan. 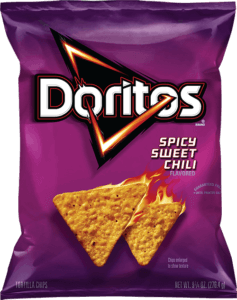 There are 3 ingredients in them that I have some concerns over:

It’s probably safe here, but if you want to be 100% sure you’ll need to contact their customer service.

Similarly, the Blaze Flavored Tortilla Chips also might be vegan. 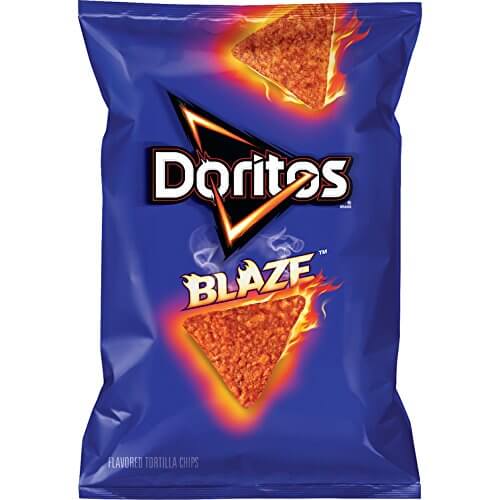 These have no milk ingredients in them.

However, there are 3 ingredients in them that I’m concerned over:

Personally, I stay on the safe side and wouldn’t take the risk here, but you have to make that call for yourself.

Doritos Flavors that are NOT Vegan

Most Doritos are not vegan because they have a ton of dairy ingredients.

Take the ingredients for the “Flamin’ Hot Nacho” flavor as an example. It contains (among others):

Here’s a list of Doritos flavors that are clearly not vegan because they have milk products in them:

Salsa Verde and the Blaze flavor are 2 that have no milk products, but do have the artificial coloring still.

In summary, most Doritos are not vegan, but there are 2 flavors that appear to be vegan friendly.

Many chip brands are the same. For example, most Chex Mix flavors aren’t vegan, but a few might be.

But, there are a few exceptions, like Tostitos, where most flavors are vegan.