Verdict: Fruity Pebbles are not vegan.

There are no obvious animal products like dairy in fruity pebbles.

But that doesn’t mean that they are vegan.

In fact, I don’t think Fruity Pebbles are vegan at all.

There are a handful of ingredients that may or may not be vegan, and some of them are almost certainly not. 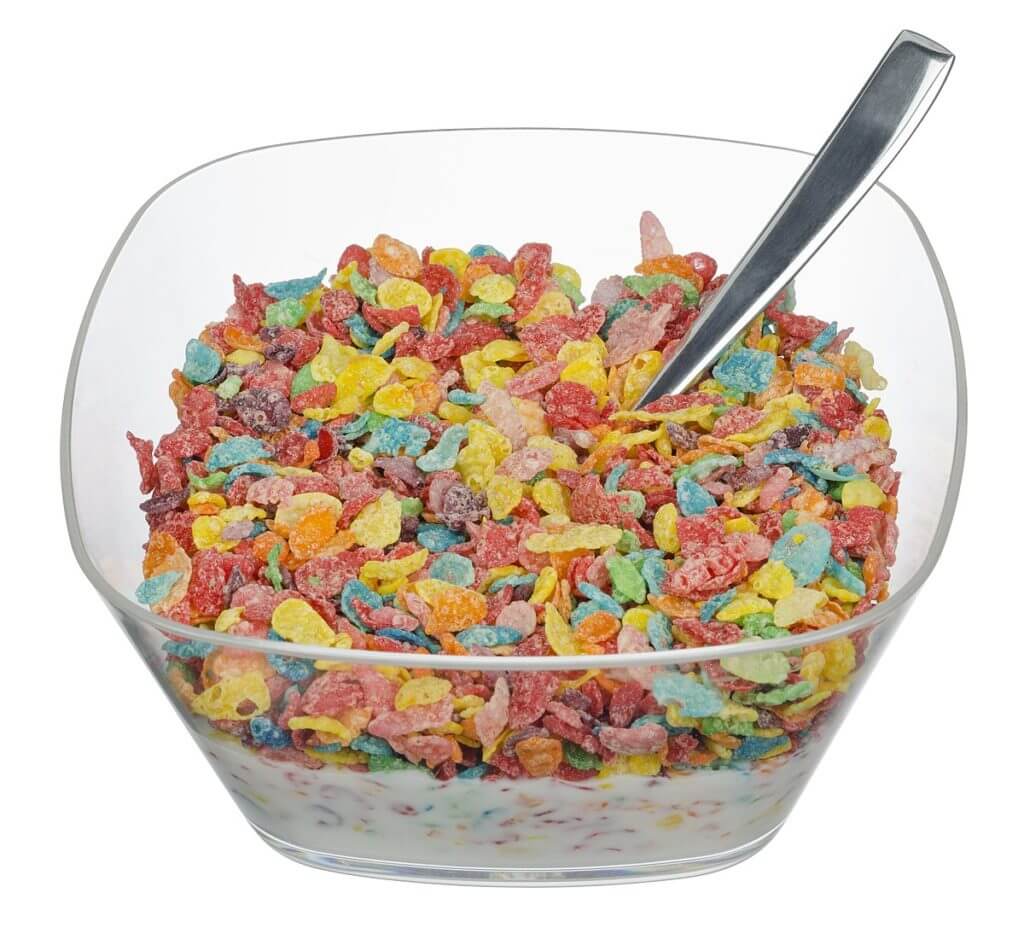 Let’s look at the ingredients, I’ll highlight the ones that aren’t vegan (or are controversial at least):

Here are the main issues:

Verdict: Fruity Pebbles Are NOT Vegan

From the vitamin D alone, we can conclude that Fruity Pebbles are not vegan friendly with a high degree of certainty.

Add in the sugar, which also likely isn’t vegan, and that’s case closed to me.

And then there are other controversial ingredients that may or may not be vegan.

With that being said, other than the sugar and palm oil, the other ingredients are present in very small amounts. Some vegans are okay with still eating them in small quantities.

I’m not here to tell you what you can and can’t eat, just to tell you how most vegans see things. Ultimately, you’ll have to make up your own mind.