It’s something that most of us never think of.

But then, someone mentions it – gorillas are basically vegetarians.

And that’s more or less true, the bulk of their diets consist of plants.

What Do Gorillas Eat? 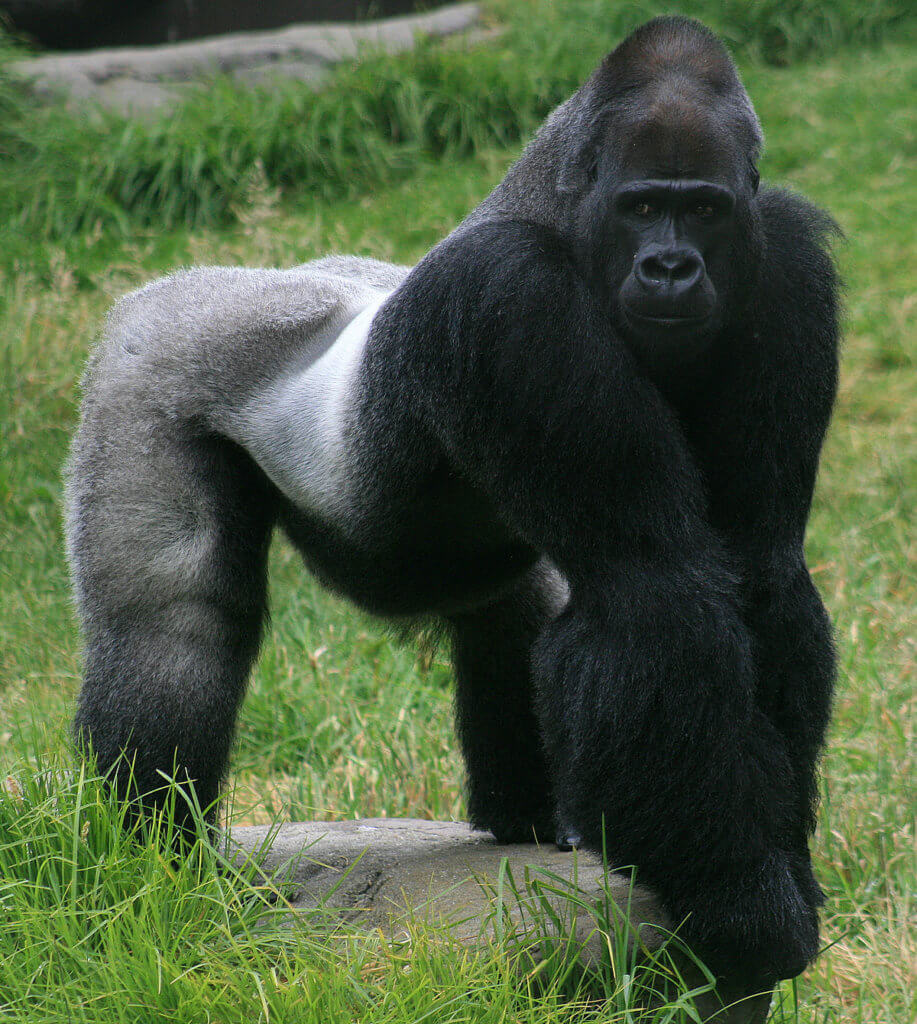 Gorillas are fairly smart, but they don’t eat vegetarian out of ethical/logical reasons, but do so by instinct.

They eat a lot of leaves, stems, bamboo shoots, and even some fruit. An average adult male eats 18 kgs of plants per day.

However, in addition to plants, they are also known to eat insects like ants and termites, and even small rodents.

One research team found old gorilla fecal remains with monkey DNA in them.

While eating animals like monkeys isn’t something we observe today, it’s possible that in some circumstances they will resort to it.

Another theory the research team had was that the gorilla was scavenging a dead monkey’s body, and ate insects who had been feeding on the monkey. That seems more likely to me, it’s just not conclusive.

No, gorillas are not vegetarians, but they’re quite close. A better description would probably be herbivores, meaning they can digest plants and plants make up the bulk of their diets.

How Are Gorillas So Muscular From Just Eating Plants?

Muscles are made mostly of proteins, in both gorillas and humans.

Most humans even eat meat, but the biggest humans aren’t even the size of the smallest adult male gorillas.

There are a few things that contribute to this.

The modern human on the other hand has evolved to favor traits like endurance and intelligence.

No matter how much you go to the gym, you’ll never get close to the size or strength of a gorilla. Even though they don’t really physically exert themselves very much, the average adult gorilla can still throw around world record lifts without too much trouble.

Do Gorillas Eat Meat At All?

As we saw above, gorillas do eat some meat in their diets.

However, it comprises a very small portion of their diets, and unlike other omnivores like many dogs, meat isn’t necessary their preference over plants.

So if you threw a slab of meat to a gorilla at a zoo, they might eat it if they’re hungry, but they’re just as likely to eat whatever regular plant food is in their enclosure already.