Onion rings can be vegan, but it depends on the batter.

If you go out to a restaurant, it is not safe to assume that their onion rings are vegan. You’ll need to ask for more details.

Let’s look at onion rings at a few fast food restaurants so you know what to expect. 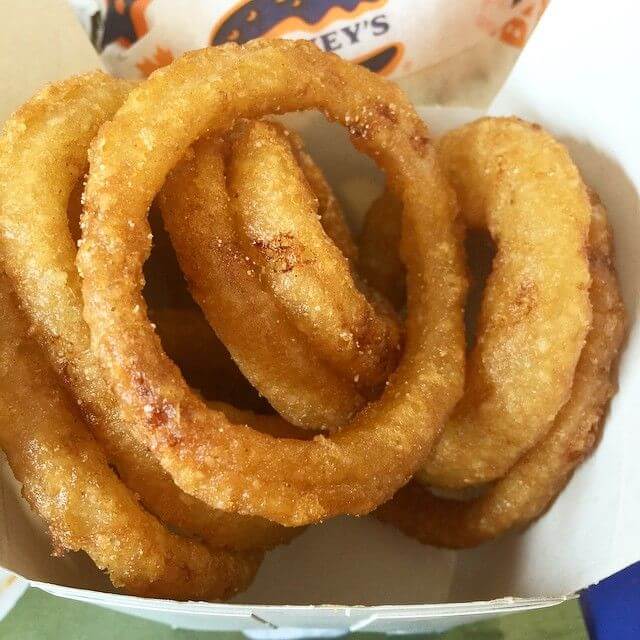 The ingredients in Harvey’s onion rings are:

There’s a chance that the sugar is not vegan, but it likely is in this case. All the other ingredients are clearly vegan.

They are also cooked in canola oil.

On the other side, onion rings at many fast food restaurants have multiple non-vegan ingredients.

Here is a snippet of the ingredient list for BK onion rings:

Whey is derived from milk and is never vegan.

Arby’s Onion Rings Are Not Vegan

Since there’s whey in them, it’s clear that onion rings at Arby’s are not vegan friendly.

Additionally, there are artificial colors in them, which some vegans don’t eat. It’s a grey area for some, see is yellow 5 vegan for more detail. 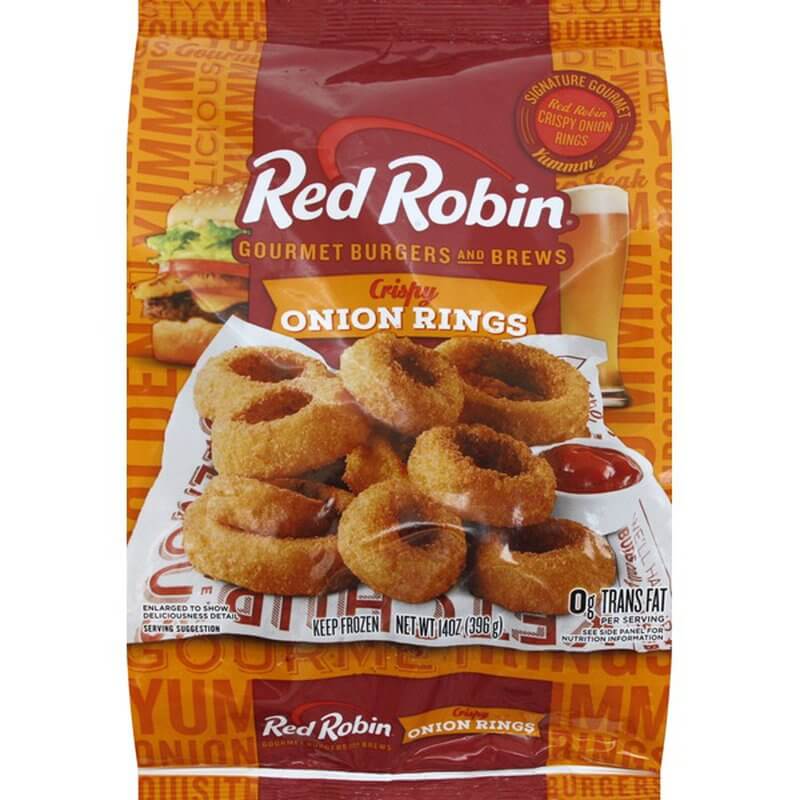 While I can’t say for sure, there’s a high chance that Red Robin onion rings are vegan friendly.

Here are the ingredients in them:

Natural flavor is my big concern, since it’s an umbrella term that can contain both animal and plant ingredients (see: are natural flavors vegan?). However, considering that the product doesn’t say “contains:milk”, it’s probably not an issue.

The other potential issue is the sugar, since some sugar isn’t vegan. That’s a gray area among vegans, and probably isn’t an issue here, but I thought I should mention it.

Based on those assumptions, I would say that Red Robin onion rings are probably vegan friendly.

While onion rings can be made vegan, they often contain animal ingredients if you buy them at restaurants.

You’ll need to look up the ingredients of the onion rings for the restaurant that you’re interested in, or contact them if that information isn’t easily available.

It’s a pain, but this isn’t a food that you can safely assume is vegan.