A few years back, I started questioning whether it was ethical to eat meat or not.

This led me (and most other people) to thinking about the difference between pets and animals raised for food.

You’d never harm a hair on a dog, so there must be a difference between dogs and say a pig, right?

I believed one of those differences at the time could be intelligence. In my mind at the time, dogs were smart and pigs were dumb.

But after reading some studies about the intelligence of both animals, that didn’t quite hold up.

Recently, I found a good meta-study of current literature on pig intelligence. It looks at relevant research from all major peer-reviewed journals about animals.

You’re welcome to read it yourself, or just read this post and I’ll condense it and simplify the findings for you here so we can come to a clear, unbiased conclusion about whether or not pigs are smarter than dogs. 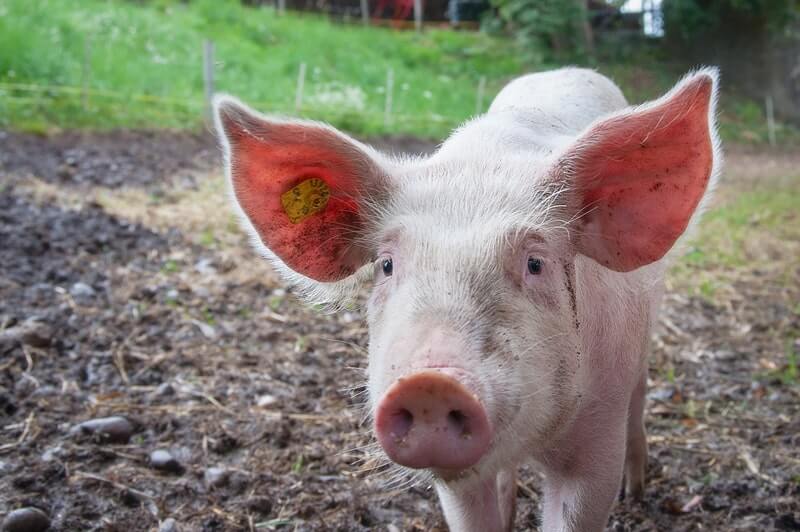 Cognition is what most people imagine when they think of being smart.

Several studies in pigs have looked at their intelligence in different situations and found the following.

While we can’t directly compare pigs to dogs, it seems they’re at a similar level at the very least in terms of cognition.

Many dogs can do those things, but many cannot. There are certainly some breeds that we might consider “stupid.”

Pigs Can Apply Strategy and Adapt

I wanted to go over this part separately from the others above, because it’s a great example of advanced cognition.

When looking at pigs foraging for food in pairs, where only one knew the location of the food, the other pig was smart enough to follow the other one to the food source.

This often led to the pig that was following the other to steal the food once they learned where it was.

In a follow-up study, the lead pigs altered their behavior, by either only visiting food sources when the other was not near, or by foraging faster to stay ahead of the followers.

This ability to strategize isn’t seen in many animals, only some like great apes. My cats don’t even do this, even though I think they’re pretty smart.

Another sign of intelligence is whether or not an animal understands and plays games.

Dogs obviously love playing, and so do other smart animals like primates, dolphins, and birds.

It turns out that pigs do as well.

While most people don’t know this, pigs are remarkably playful.

There are tons of videos on YouTube if you’d like to see how dog-like they are when playing. Here’s one to get you started:

Self Awareness of Pigs and Dogs (Do They Understand the “Self”?)

Self awareness is hard to test in animals, but there are a few tests that attempt to see how well animals understand the concept of being an individual.

One test that has been used in pig studies (and for other animals) is the mirror test. 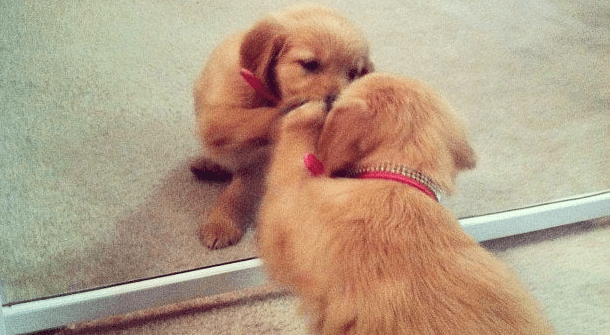 Animals are observed when a mirror is put in front of them, to see if they realize that it’s a reflection. Well, the results are mixed here.

Some pigs made repetitive movements and studied themselves in mirrors, while pigs in other studies didn’t. While more studies are needed, it’s likely due to a difference in breed.

Similar results have been found in dogs. Only a small percentage (2 out of 40 in one study) could find their human by looking at them through a mirror.

Another test for self awareness involves getting animals to move a joystick to move an on-screen cursor. This tests if they understand that their action is having an effect on the screen.

Pigs were able to do this very successfully (100% of them in one study). On the other hand, dogs do not perform well on this test.

Again, more research is needed, but pigs seem to have at least as much self awareness as dogs, if not more.

Emotions and Personality of Dogs and Pigs

There’s a concept called emotional contagion, where an animal can feel an emotion based on cues from others.

It applies to people too. If you see someone smile, you typically feel safe and happier as well.

In pig studies, one group of pigs is trained to anticipate positive or negative events (e.g. social isolation, nothing too messed up). Then, other pigs are exposed to them to see if the emotions catch on.

And it does. Pigs adopt similar emotions to other pigs around them. Dogs are also very good at this (ever had a dog comfort you when you’re sick or sad?).

Finally, studies have found that pigs have personality traits as well that contribute to unique personalities. The main differences in them are: aggression, sociability, and exploration.

Maybe not as complex and unique as humans, but it shows they all have their own emotional differences.

So Who’s Smarter? Dogs or Pigs?

The authors of the meta-study we’ve been looking at in this post said it themselves: there’s not enough research on pigs to make a concrete conclusion.

However, the limited data we do have (and “limited” in terms of research means dozens of studies still), we can say that pigs do display similar types of intelligence to animals like dogs and even chimpanzees.

They show all the basic traits of intelligence that dogs have, and are even capable of things like devising basic strategy. It’s clear why so many animal researchers rate the intelligence of pigs so highly.