Many chips turn out to be “accidentally” vegan food.

Unfortunately, most Pringles are definitely not vegan friendly.

I went through the ingredients list for each main type of Pringle (on their website) in order to save you time trying to find a vegan flavor.

I’ve summarized the results below.

Ingredients in Pringles That Aren’t Vegan

The base of all Pringle varieties are just:

Which are all clearly plant ingredients.

But then there are many filler ingredients and flavoring ingredients. While some are harmless enough (e.g. wheat starch), many are derived from dairy (e.g. whey, cheese, milk).

Unfortunately, only the original flavor of Pringles might be vegan.

The only ingredient that might not be vegan are the mono- and diglycerides.

Since it doesn’t specify that they are “vegetable glycerides” on the ingredients list, it’s unlikely that even original Pringles are vegan-friendly.

Which Pringles Are Not Vegan? 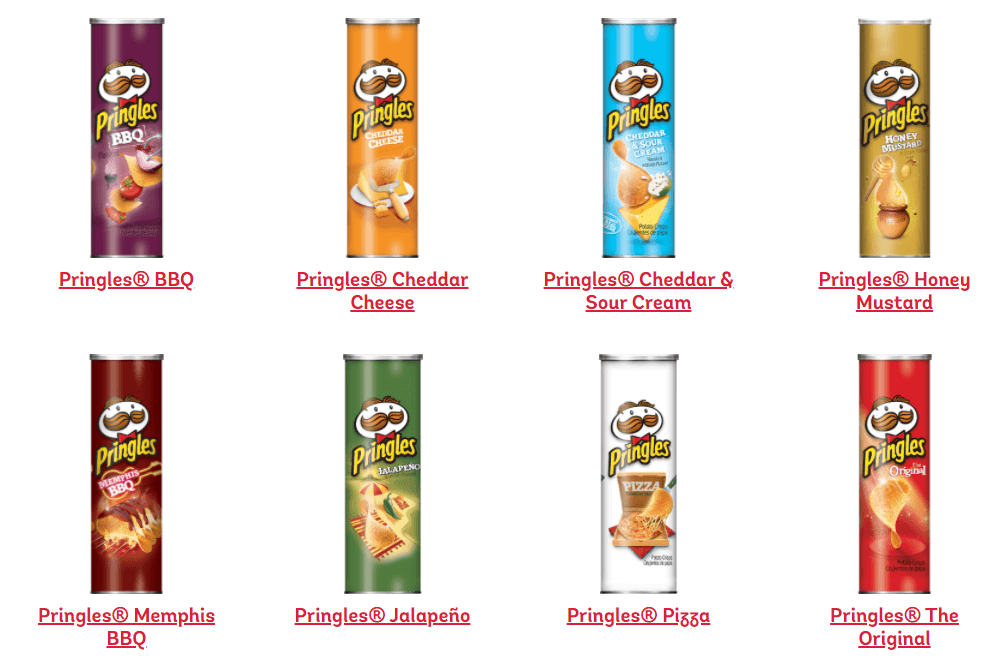 The table below notes the ingredients in Pringles that a vegan should be aware of. Most varieties of Pringles contain dairy.

The only one you might not be sure about at first glance are the Salt and Vinegar chips, which contain lactose. Lactose is always derived from milk, and isn’t vegan, but it’s easy to confuse it with lactic acid (which is typically vegan).

Other than the Pringles Original flavor, it’s clear that every other flavor there is not vegan. Hopefully they will come out with new vegan Pringles flavors in the future.

As a side note, most of them are vegetarian.

Aside from the original flavor, all the other Pringles flavors are definitely not vegan. Most of them contain dairy, and the only one that doesn’t contains honey.

The other lines of Pringles (e.g. reduced fat, wavy) all have the same issues.

But it depends on whether or not the glycerides come from a plant source. If you’re okay with taking a risk, go for it.

For more strict vegans, Pringles just aren’t the best potato chips to go for. The good news is that there are plenty of vegan chips out there that are basically just potato. Many Lay’s are vegan for example, and even some Doritos may be vegan.