Read on for the full details.

Some people say that Skittles are vegan.

I’d argue that they’re not.

While there’s no obvious animal products like gelatin, there’s a handful of questionable ingredients in them.

I’ll walk you through them, and then you can decide for yourself whether or not you think they’re vegan.

Is There Gelatin in Skittles?

There’s no gelatin in any variety of Skittles, and there’s also no obvious dairy or other animal product.

However, that doesn’t mean they are vegan.

Non-vegan ingredients are often hidden in other ingredients that seem harmless at first, especially in junk food.

Now onto the ingredients of Skittles:

None of the ingredients I’ve highlighted are clearly non-vegan.

However, they are controversial at the very least. Let me explain why:

Some vegans are okay with eating these, others are not.

I don’t think there’s a clear answer of whether or not Original Skittles are vegan. However, I think most strict vegans would pass. 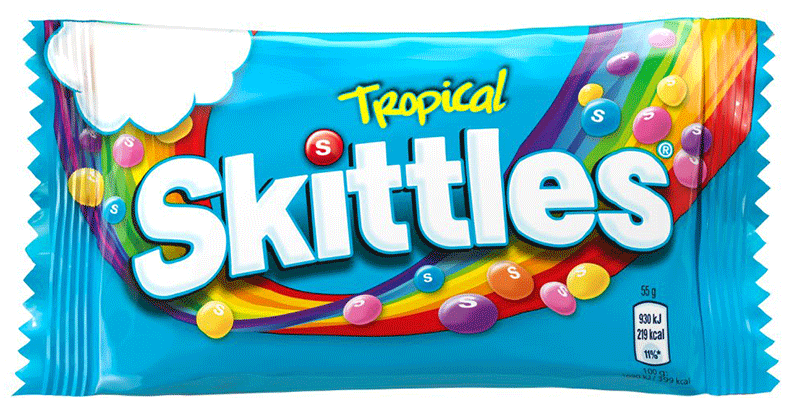 Not surprisingly, all types of Skittles have similar ingredients.

I won’t go over the full list here, but Tropical Skittles have all the same ingredients of concern to a vegan as the original version:

Again, some vegans will eat these, while others won’t. Decide for yourself. 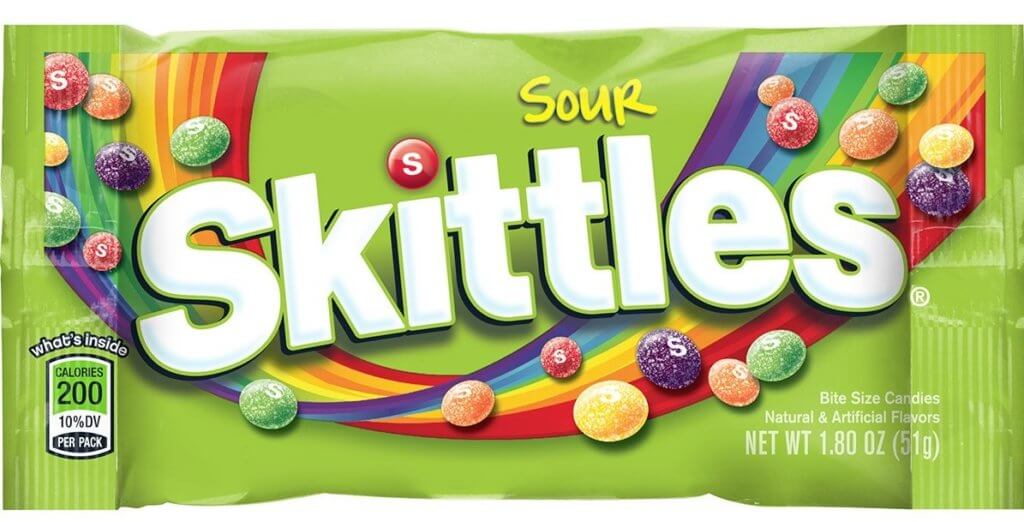 Sour Skittles have an identical ingredient list to Tropical Skittles.

So again, we’re dealing with the same 4 potential issues:

You’ll have to choose where you stand on these controversial ingredients. 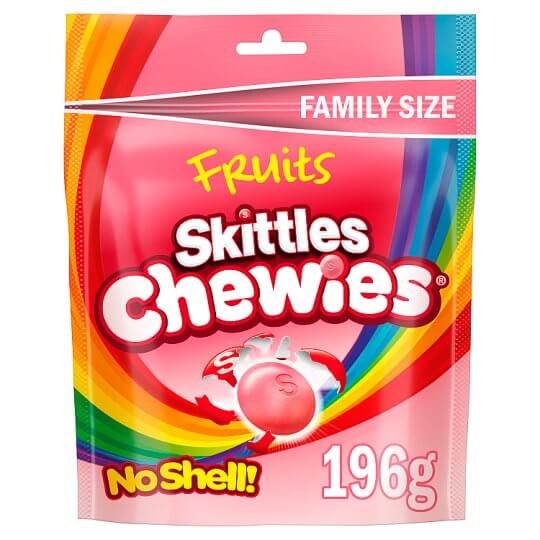 These were first launched in the United States, and aren’t easily available everywhere.

Skittles Chewies are still just like Original Skittles, just without the traditional shell.

They have most of the same ingredients, with slight differences. Vegans really only might care about:

I feel like I’m repeating myself at this point, but again you’ll need to decide how you feel about these grey areas of veganism.

Refer to the explanations near the start if needed.

Why Are Skittles Not Vegan?

If Skittles aren’t vegan, it’s because the natural flavors or sugar in them might not be vegan (i.e. may be processed with bone char).

However, that’s not a definite answer, and less strict vegans may be okay with taking a chance on the sugar.

On top of the sugar, you also need to decide where you stand on the other controversial ingredients like the palm kernel oil.

It’s pretty important to think about these issues, since they come up time and time again. You’ll find that candy like Twizzlers and Sour Patch Kids have similar ingredients.

Personally, I can live without Skittles, there’s plenty of other candy that is vegan for sure.