There’s a lot of research showing that a high lysine and low arginine diet is effective at preventing herpes symptoms like cold sores from appearing.

Dairy is great for this, but obviously not an option on a vegan diet.

In other words, you want foods that not only have a lot of lysine, but also a high ratio of lysine to arginine, which is what we’ll look at here.

Vegan Foods With the Highest Ratio of Lysine to Arginine

I collected detailed nutritional data for all the vegan foods I could find using the USDA’s food database.

Then I found the foods highest in lysine, and calculated a ratio of lysine to arginine (higher is better). Most of these foods come from my list of the best vegan sources of lysine.

Quite a few foods have a decent ratio between the two amino acids.

In general, you want to focus on:

Legumes should be the main plant protein source for anyone on a high lysine, low arginine vegan diet.

Cauliflower is a standard healthy vegetable. It has a decent amount of vitamins and minerals, plus a bit of protein.

Most importantly, it has the best ratio of lysine to arginine of any plant that I could find.

Since it has such a plain flavor, it adapts well into many recipes. It’s a great ingredient in gluten-free and low-calorie crusts. 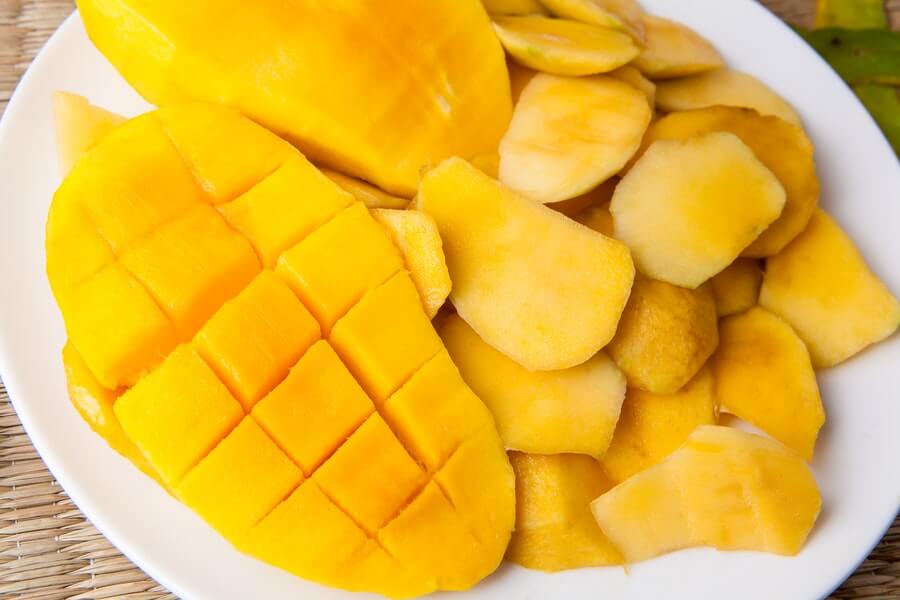 I grouped these together because they are fairly similar fruits that you can buy in a dried form if you’d like.

Obviously you won’t get a ton of protein from them, but they still have a decent amount of lysine. Having some apricots or mangoes (dried or otherwise) around for snacks is a nice way to boost your lysing intake.

I really hope you like avocados, because they are a great food to include on this list.

Since nuts and seeds have poor ratios of lysine to arginine, that cuts out a lot of healthy vegan fat sources. Avocados are a great replacement for healthy fats, and also have a decent ratio of the key amino acids we’re concerned with here. 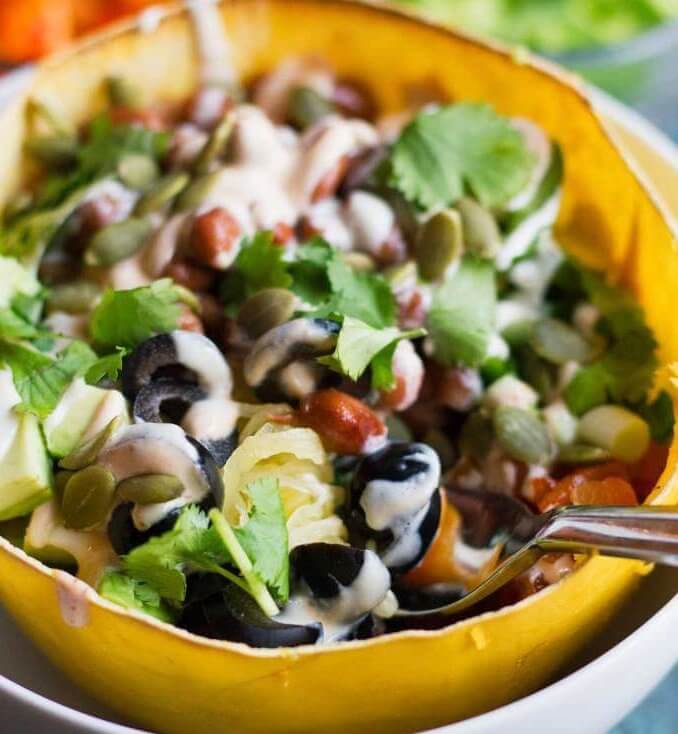 I included both squash (as a general food) and zucchini on the list (even though zucchini is a squash), so let’s group them together here.

Pretty much any type of squash has a decent ratio of lysine to arginine.

A recipe like a spaghetti squash burrito bowl is absolutely packed with lysine due to containing squash and beans. You could even add spinach to it for even more.

With nuts and seeds mostly out of the picture, beans will need to be your main source of plant protein on a vegan diet that’s high in lysine.

Every type of bean ranks well on this list, whether you look at the absolute quantity of lysine, or the ratio to arginine. 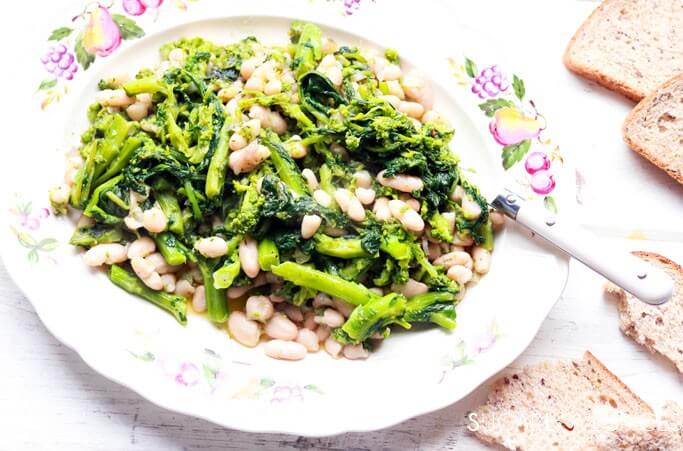 Rapini is a vegetable that’s related to broccoli, but quite a bit different. While broccoli has a relatively low amount of lysine, rapini has a decent amount and a great ratio to arginine.

Depending on where you live, it may be hard to find unfortunately.

Spinach is one of the healthiest foods you can eat for a number of reasons.

Not only does it have a decent amount of protein and good lysine to arginine ratio, it’s also high in:

Basically, spinach is a food that just about any vegan should try to eat as much as possible of. I try to eat at least a few bunches per week.

How to Get Even More Lysine

It’s a pain to have to plan every single meal to maximize lysine content – I get that.

One alternative that can be better if you don’t feel that you’re able to do that, is to get a vegan lysine supplement. (Most vegan protein powders are also high in lysine).

Note that not all lysine supplements are vegan-friendly, so you need to look for an indication that one is, or ask the manufacturer. 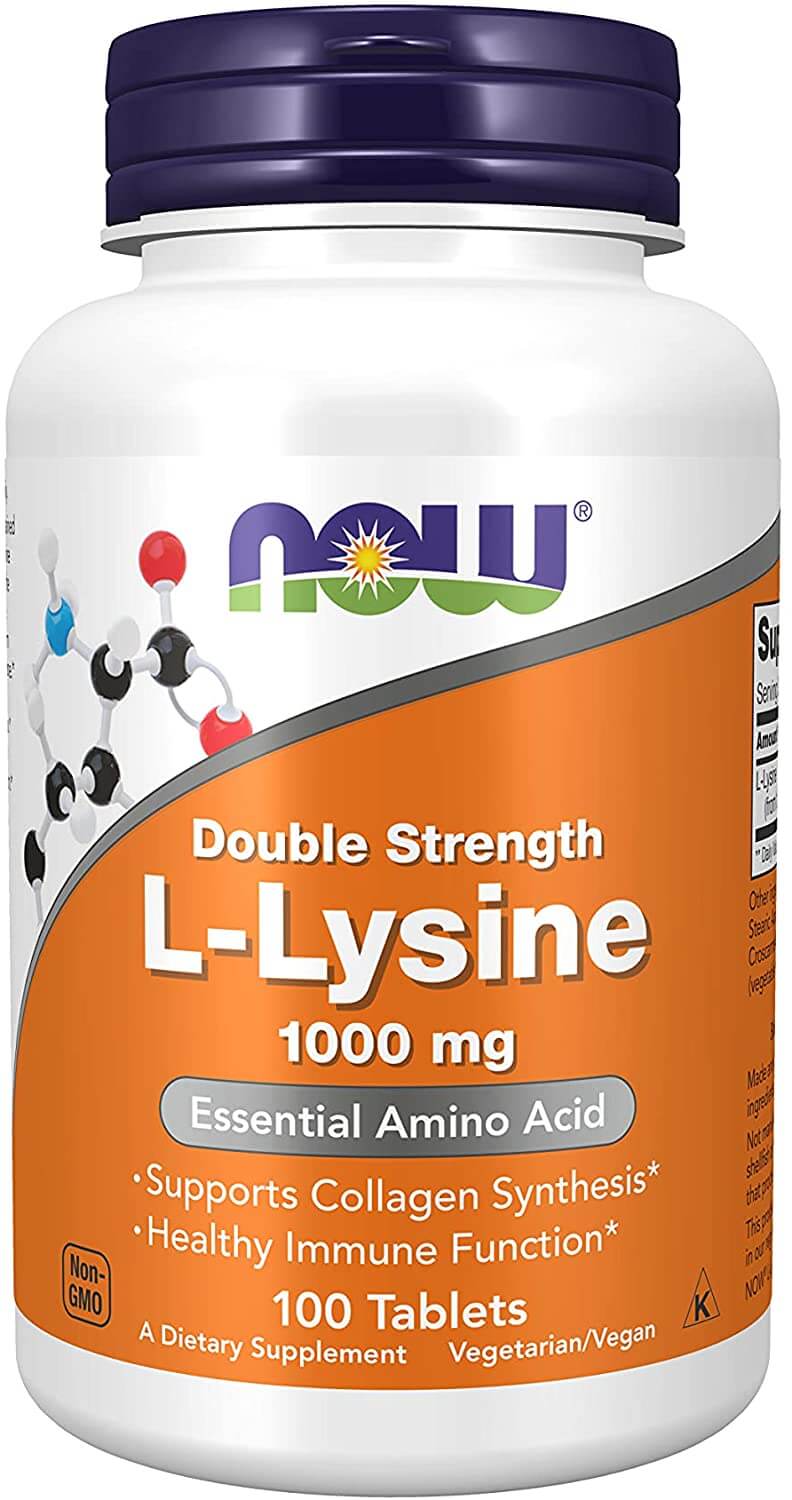 If you’re looking for a recommendation, NOW Sports has a great vegan lysine supplement that’s cheap as well.

Taking 1-2 of their 1,000 mg capsules will be enough for most people to not have to worry about their lysine intake from other foods.

The Vegan Foods With the WORST Ratio of Lysine to Arginine

I think it could also be useful to know which foods to go out of your way to avoid if you’re trying to get the best ratio possible.

Let’s take a look at the worst 20 per typical serving (the amounts don’t matter as much as the ratios here):

In short, nuts and seeds have a terrible ratio. Nuts have an amino acid profile that’s quite low in lysine.

The only non-nuts that you need to limit are onion, garlic, and rice.

Hopefully this helps you find a vegan diet that works for you and is high in lysine, and relatively low in arginine.

Even though nuts and seeds are great sources of vegan protein and fats, you should limit how many you consume if you’re trying to stick to foods that are high in lysine and low in arginine.