Bodylogix sells a line of workout supplements, including both whey and vegan protein powder.

As I’ve done with 40+ other vegan protein powders, I ordered a tub of the vegan Bodylogix protein powder and put it to the test – here is my detailed review.

As you can see from the overall score, you might want to take a look at some other plant based protein powders. Here is my summary page of the best vegan protein powders.

To start with, I score each protein powder based on their nutritional content.

Since it is a protein powder, the most important thing is that it has as much protein as possible.

The formula I use is shown below, and reflects that:

So a score of 20 means that Bodylogix has a relatively high protein content (more than most), just not quite as high as a few others.

The only other ingredient that really stands out is carrageenan, which there are some serious safety concerns about. Personally, it seems like it’s probably safe in small amounts, but I avoid it whenever possible just to be on the safe side. You’ll have to decide for yourself if you care either way.

Cost of Bodylogix Compared to Other Vegan Protein Powders

To compare prices of protein powders fairly, I need to pick a specific size to look at. Since most companies offer one close to 1 kg (or 2.2 lb), I use the price per 100 grams of the closest one to that amount, and put it in this formula:

Doing this yields a price score of 19.5.

As with all the scores, this is out of a maximum of 25 points (where 25 is the cheapest you’ll get). So a score of 19.5 is very good, and puts Bodylogix on the less expensive end of protein powders, although there are some that are cheaper still.

An important part of a protein shake is how well it mixes.

Although it’s related to taste, I put it as its own section because it’s very important, and varies depending on how you mix your shake (blender, bottle, spoon, etc.).

The mixability score gives you a way to fairly compare protein powders because they’re all tested using the same procedure:

After that, the following formula transforms the weight of the clumps into a score out of 25, where a 25 means it mixed perfectly.

In this case, it completely clogged my typical strainer: 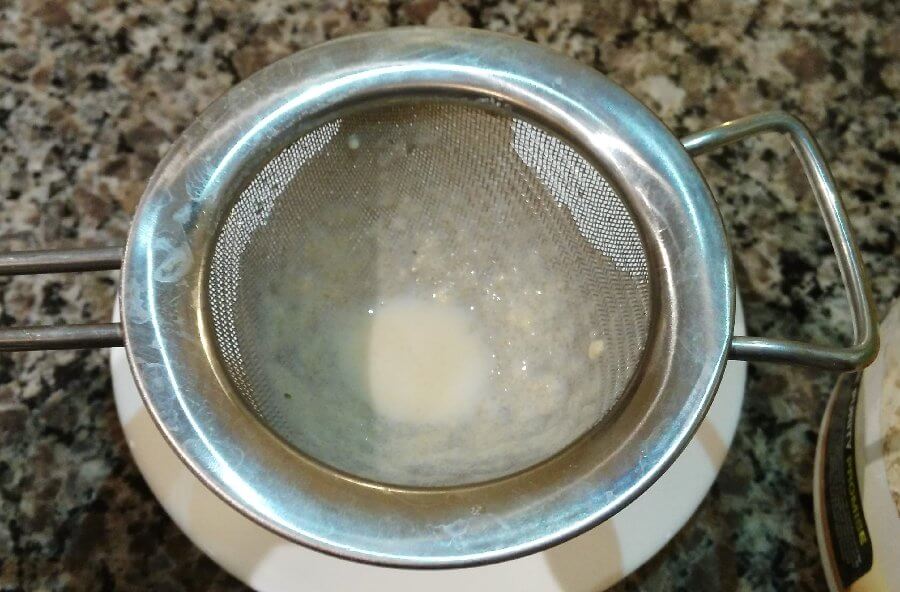 As you can see from the picture, it didn’t form typical clumps, instead it made thick chalky masses that couldn’t get through the holes.

So I redid the test using a larger strainer with slightly larger holes.

It still didn’t mix too well, but it at least all drained through: There was a total of 7 grams of remnants. Plugging that into a formula yields a mixability score of 3.125.

In other words, it mixes worse than most other protein powders.

Up last is the taste score.

This is a subjective score, although I try to be as unbiased and consistent as possible.

The following table guides how I give each protein powder a score:

In this case, it was incredibly chalky as noted above. This is a big turn off for some people, while others don’t mind.

The taste aside from that is okay, but it’s not great compared to other powders.

Putting all that together, I believe that Bodylogix should score a 10-15 based on that chart, but ultimately I feel that it is closer to 15.

Therefore, I gave the protein powder a taste score of 15.

Other Vegan Protein Powders You Might Want to Consider

This protein powder mixes well enough, and it has solid protein content, and is available for a relatively cheap price. The only big complaint is the taste. It’s very chalky and the taste itself isn’t good.

However, it’s still drinkable, and a good option if those other 3 factors are more important to you than taste.

Bodylogix isn’t a bad supplement, but I’ve tried many others that are better overall, and have the same positive qualities that Bodylogix does.

Here are my top 3 recommended alternatives that are relatively cheap and high in protein like Bodylogix, but taste and mix better: