Flaxseed is well known as a “superfood” these days.

But there’s always a risk of getting too much of a good thing.

When it comes to flaxseed, the concerns mainly come from the effects of its high fiber content, and other compounds that it contains.

We’ll be quickly looking at if there’s a certain amount of flaxseed where it could have a negative effect on health.

Can Eating Too Much Flax Be Dangerous?

As one research paper points out, raw flaxseed does contain cyanogenic glycosides, which can degrade to release hydrogen cyanide.

Sounds kinda scary, so let’s put this in context before making a judgment.

There is approximately 5 mg of hydrogen cyanide released from 1 tablespoon of raw flaxseed.

The estimated acute toxic dose for an adult is 50-60 mg of inorganic cyanide.

In other words, eating about 10 tablespoons of raw flaxseed or more could actually be dangerous.

You might have noticed that I kept saying “raw.” Ground flaxseed is often roasted to eliminate over 90% of cyanogenic glycoside, or treated with inert chemical solvents like hexanes and alkanols (source).

So the real concern is if you’re eating a large amount of raw flaxseed, whether in whole form or grinded yourself.

Can Flax Seeds Cause Constipation? 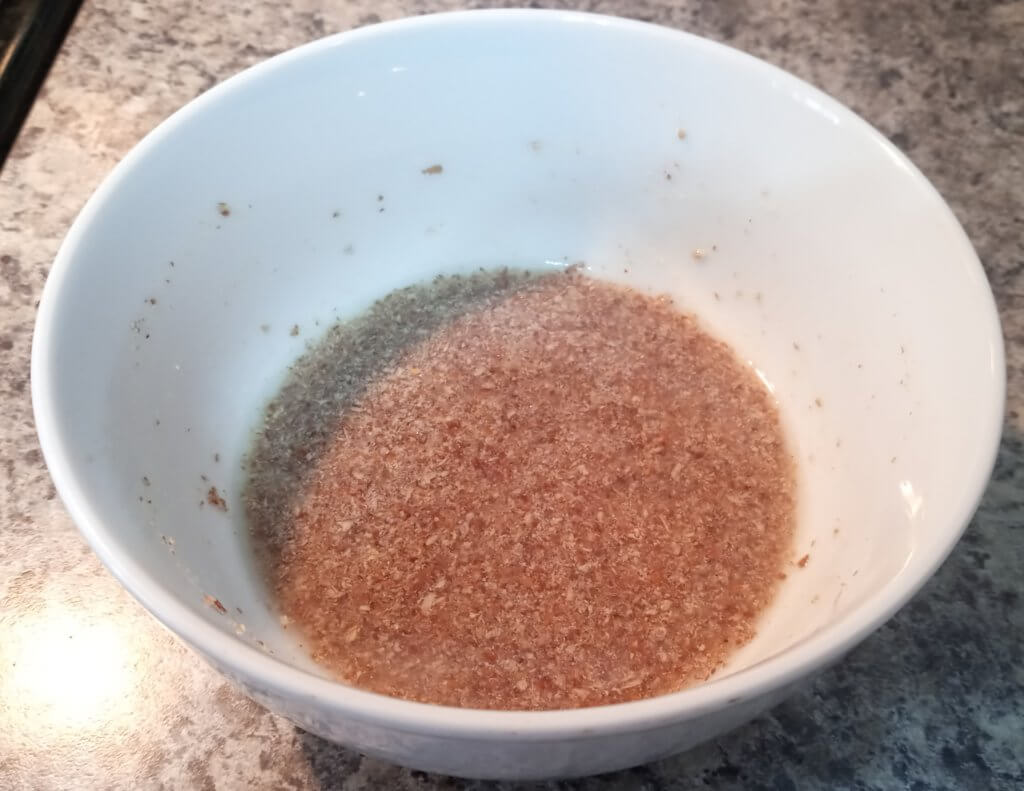 The most common negative side effects of eating flaxseed are bloating, gas, and constipation (although they can cause diarrhea in some as well).

This is almost solely due to the high amount of fiber in flaxseed.

Fiber is a good thing, but getting too much when you’re not used to it, and can cause constipation when you don’t drink enough liquids.

To put this into context:

Since a tablespoon has about 10 grams of flaxseed, this RDA is met alone with about 2/3 cup of flaxseed.

That’s a lot, but if you combine flax with other high fiber foods, it’s easy to get more than your body might be used to.

The good news is that research has shown that moderate consumption of flaxseed over the long term leads to a reduction of irritable bowel syndrome symptoms and less constipation.

Finally, the high amount of fiber in flax can actually impair the absorption of medication. So anyone with a serious health condition should check with their doctor before suddenly consuming a lot of flaxseed (beyond a tablespoon or two), and should try to take medication separately from eating flax.

Can You Get Too Many Vitamins or Minerals from Flaxseed?

Flaxseed is a healthy food with tons of vitamins and (mostly) minerals in it.

However, there are upper limits for the RDA of certain nutrients that you don’t want to exceed.

Let’s quickly look at the vitamins and minerals in 100 grams of flaxseed compared to the RDA.

Again, 100 grams of flaxseed is a lot and it’s hard to eat that much.

Even then, the amount of nutrients someone would get is just over the RDA for a few of them, and much below any toxicity concerns.

For example, there isn’t even an upper limit set for thiamin (water-soluble vitamin) or manganese.

Overall, getting too much of certain nutrients isn’t a main concern unless you have a special situation.

Summary: Can You Eat Too Much Flaxseed?

As we’ve seen, it is possible to eat too much flaxseed.

Eating more than 10 tablespoons (about 2/3 cup) of raw flaxseed can actually release a dangerous amount of hydrogen cyanide.

In addition, eating this amount also has enough fiber to cause gas, bloating, and constipation in most people if they aren’t used to a high level of fiber.

Finally, a high amount of fiber can interfere with medication.

So even though flaxseed is a very healthy food overall, it is possible to get too much of a good thing.