Most “normal” marshmallows do contain gelatin, which is derived from pork in most cases.

This is obviously a problem for people on a vegan diet, or who don’t eat pork for religious reasons.

That’s why you’ll see certain brands like Dandies marshmallows that cost more, but only use plant-based ingredients.

Let’s take a look at what brands you should look for if you want pork-free marshmallows.

Is Gelatin the Only Animal Ingredients in Marshmallows?

While there is some variation, all the cheap “regular” marshmallows that you’ll find in stores typically have an ingredient list like this:

The first 3 ingredients are different types of sugars, and cornstarch is clearly plant-based as well.

It’s clear that gelatin is almost always the only animal ingredient in marshmallows.

However, vegans might also care that some brands also have food coloring (like “blue 1” above). It’s a great area, as not all vegans will eat artificial colors due to animal testing concerns.

Which Brands of Marshmallows Don’t Have Pork Derivatives?

If you live in a big city, you should be able to find at least one of these 3 brands in stores, especially “natural food” stores.

Otherwise, you should be able to find one in an online vegan store for your country.

Dandies are by far the most popular plant-based marshmallow, and they taste just as good or better than your typical marshmallow. 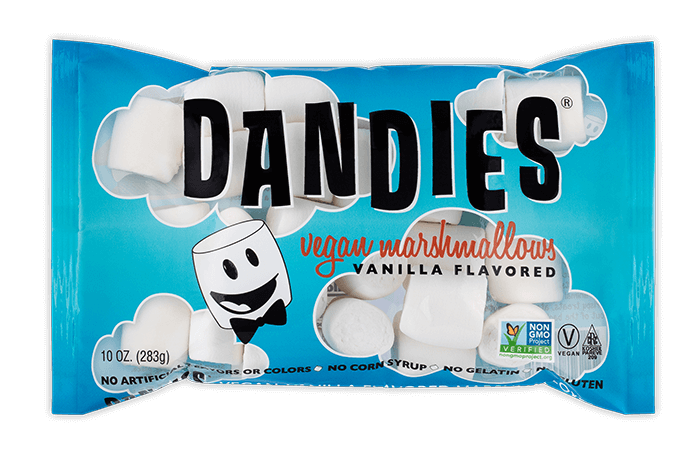 All their products are vegan, and there’s a small variety of different flavors you can buy.

Here’s the ingredient list for the standard vanilla Dandies marshmallows:

There’s still a ton of sugar, and they definitely aren’t healthy, but they clearly don’t have animal ingredients and are vegan-friendly.

All Dandies products are labeled as:

If you happen to live in the U.S., you might be surprised to find out that Trader Joe’s marshmallows are vegan. 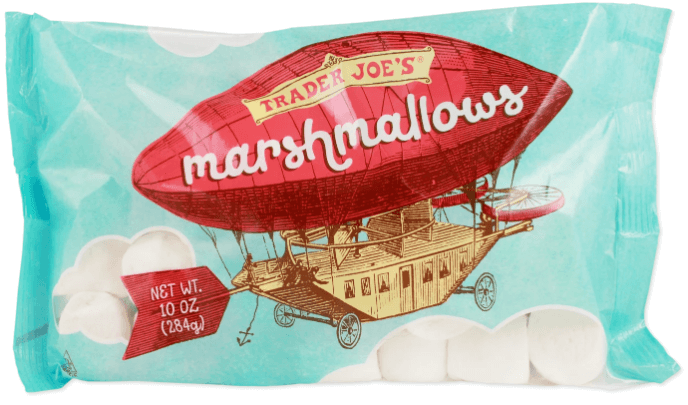 In fact, my guess is that they are Dandies in disguise, but for a better price.

And there aren’t many others besides Dandies for the time being.

You have to be really careful if you order marshmallows from Yummalo, as many of their products contain gelatin.

Yummalo is not a vegan company, instead they make a wide variety of different flavored specialty marshmallows.

Most of these contain gelatin, other than their vegan marshmallows. 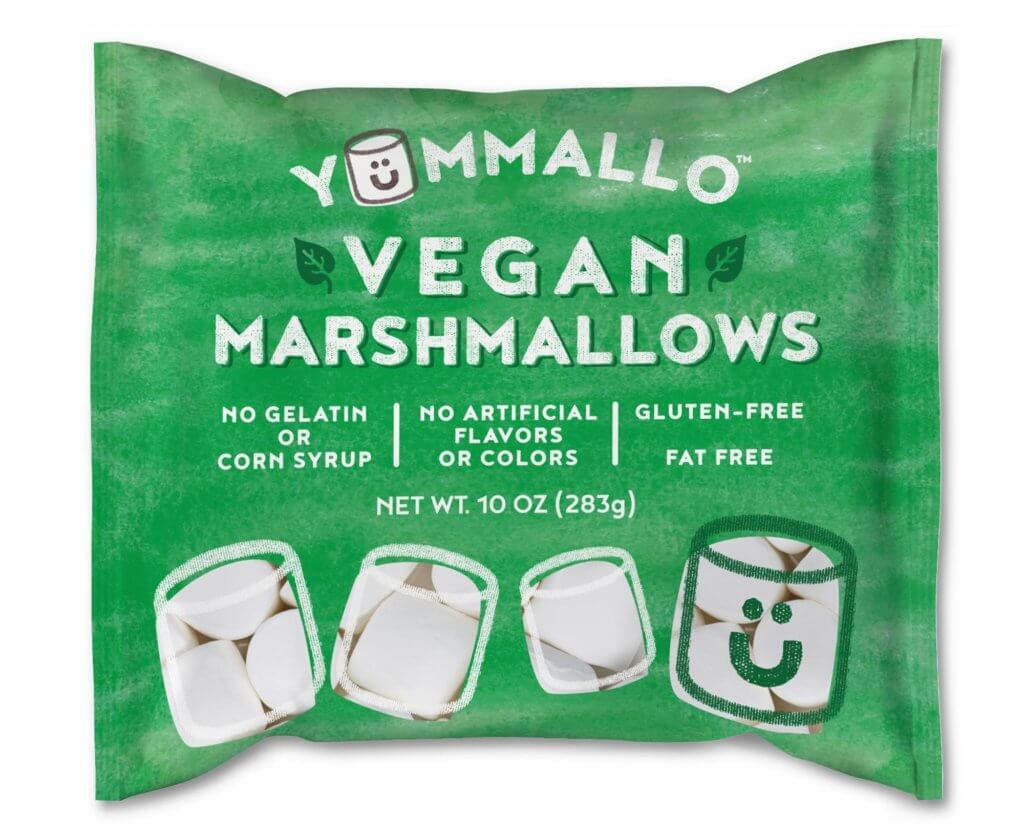 They have a very similar ingredient list to any of Dandies’ products.

Can You Make Your Own Marshmallows?

As a vegan, I’m used to not having many alternatives for foods I liked in the past, so I often recommend making your own.

But marshmallows are not the easiest thing to make by yourself.

Even though there are recipes for vegan marshmallows that come close to replicating the taste, it’s difficult to replicate the shape and texture of the marshmallows you’re probably used to. 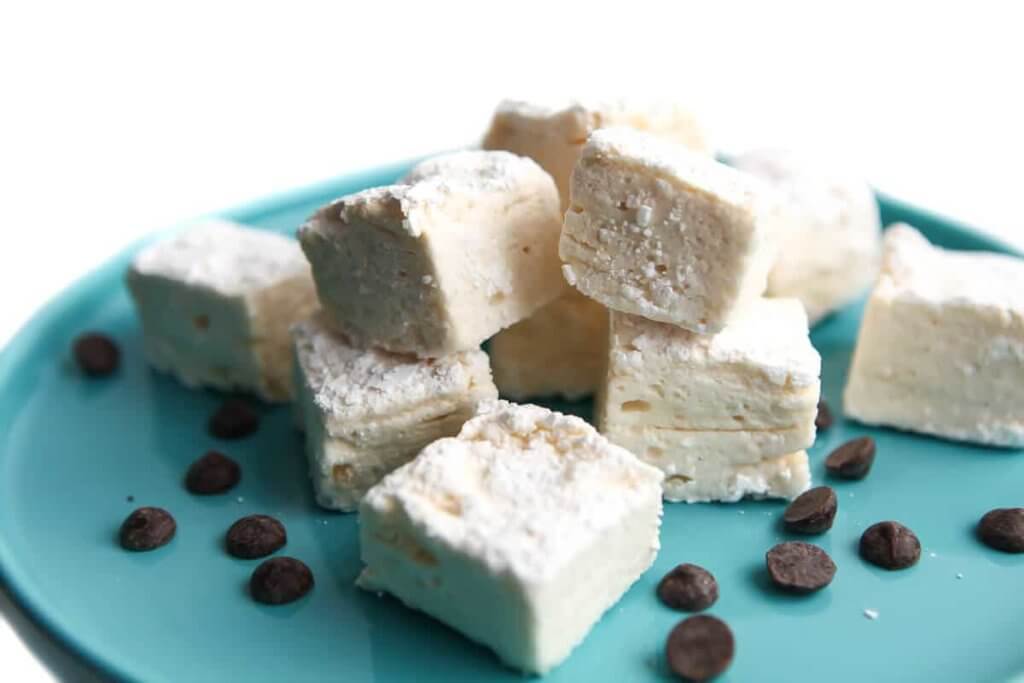 Because of that, buying one of the above brands of plant-based marshmallows is the best option in most cases, even though they are relatively expensive. It’s not like you should be eating a ton of marshmallows on a regular basis anyways, so splurging once in a while isn’t too painful.