While Beyond Meat doesn’t go bad as fast as “real” meat like beef or chicken, it does expire.

The “best before” date on the package is set one month from when it was manufactured, but even after that date it may be edible if stored correctly.

How Can You Tell if Beyond Meat Has Expired? 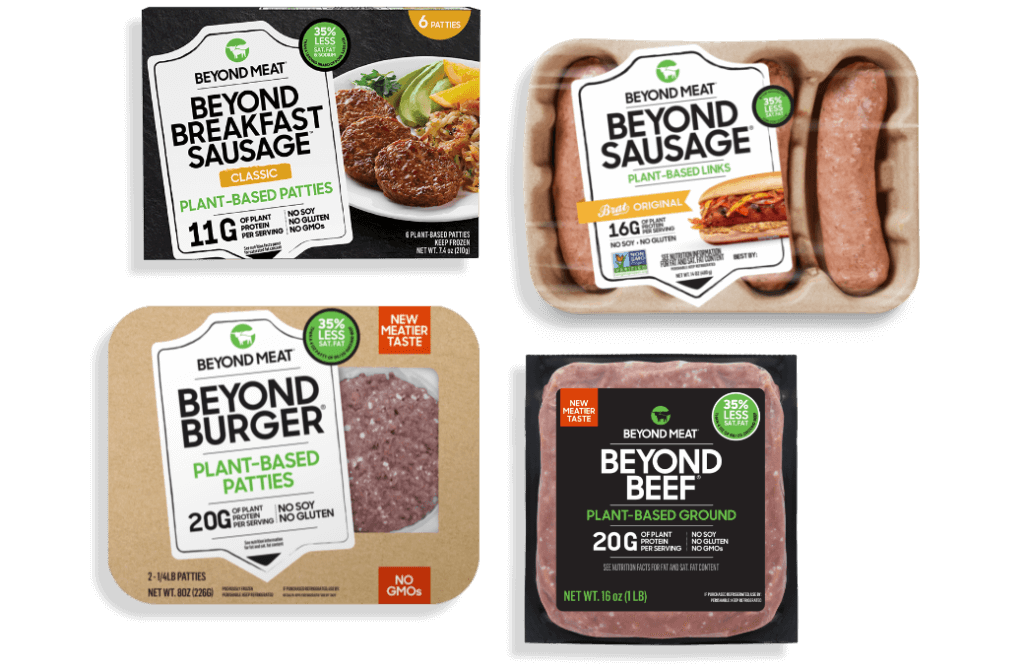 Smell it. If it is really expired it will smell very off, there will not even be a question of it.

If it smells only a bit different than normal, it’s probably edible still, but that’s a risk that you’ll have to take for yourself.

The “new” Beyond Burgers don’t have the same strong “cat food” smell that many people complained about, so it’s easier to tell when they smell expired.

It’s hard to tell if food is bad just by looking at it, but obviously if you see green or grey mold on the surface, that’s a clear sign that it’s bad as well.

Smell is the most reliable way to tell if Beyond Meat has gone bad. Expired food gives off a strong bad odor that’s hard for most people to miss.

What Happens When Beyond Meat Goes Bad?

Beyond Meat is primarily made from pea protein, rice protein, and a few different oils.

Those ingredients by themselves do not expire quickly, but once you combine them and add water, the moisture can provide a breeding ground for harmful bacteria to grow.

Microorganisms alter the taste and even nutritional value of food, and can cause significant side effects.

My Beyond Meat Package is Puffed Up: Is It Bad?

If your package of beyond meat is bloated or puffed up significantly, like it has extra air, there’s a good chance that it’s expired.

When microorganisms that cause food spoilage (e.g. bacteria, yeast) are “feeding” on food, they typically make gas as a byproduct.

If there’s a large amount of excess air in a package, those microorganisms have likely been feeding for a while and the Beyond Meat is likely gone bad. This is something that applies to most sealed food products, I’ve often seen it in plant-based milks as well.

With the exception of drastic swings in air temperature, a puffed up package of Beyond Meat typically indicates that it’s gone bad. Do a sniff and visual test and pay close attention.

How Long Does Beyond Meat Last in the Fridge? 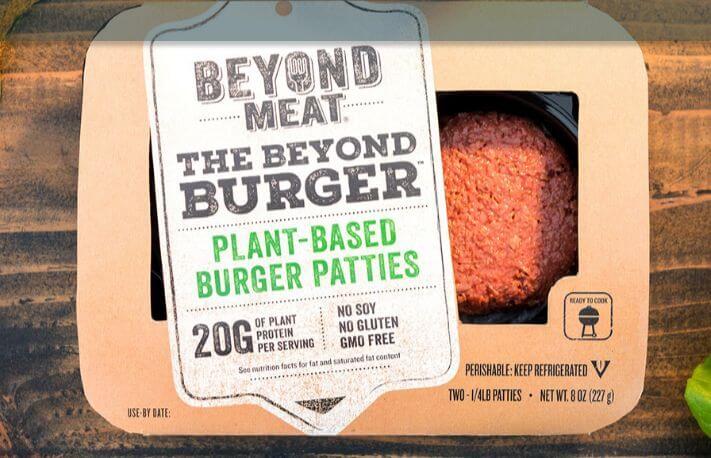 According to the official Beyond Meat website, it should be kept in the freezer until it’s time to thaw it.

Then, it should be kept in the refrigerator for up to 10 days unopened. If a package is opened, it should be consumed within 3 days.

Personally, I’ve kept unopened packages of Beyond Burgers in the fridge for a bit over 2 weeks with no issues, but that still introduces a bit of risk.

If you’ve put your Beyond Meat straight into the freezer after buying it, it will last for an extremely long time (well past the date on the package) without going bad, just like actual meat would.

Store Beyond Meat in the freezer until the day or day before you plan to use it. Do your best to eat it all within 3 days once the package is open.

Can You Refreeze Beyond Meat?

Ideally, you should only thaw the amount of Beyond Meat in the fridge that you need for a particular recipe.

The official packaging says “Do not refreeze” on it.

This is for 2 reasons:

If you’re not sure if you’ll consume thawed Beyond Meat in time, it’s almost certainly better to refreeze it anyways. Just put it in an appropriate container.

Ideally, defrost Beyond Meat in the fridge. It will take longer, but you keep it cold enough that bacteria growth is a much smaller concern and refreezing is less likely to cause issues.

Whether or not you should refreeze raw Beyond Meat depends on how long it’s been thawed, and what temperature you thawed it at (i.e. room temperature vs fridge). If it hasn’t been completely thawed for long, you can typically put it back into the freezer without issues.

What Happens If You Eat Beyond Meat That Has Gone Bad?

Expired Beyond Meat is likely to cause mild food poisoning symptoms including:

Note that some people find that Beyond Meat gives them an upset stomach even if it’s fresh, so don’t necessarily assume that the product was expired.

Can You Get Food Poisoning From Beyond Meat at a Restaurant?

Food poisoning is more likely at a restaurant.

Cross contamination can cause unexpected reactions, especially if you’re vegan and accidentally get exposed to animal products. Even if it’s a small amount, your body is not used to it and may have a reaction depending on the individual.