Duck boots (a.k.a. Bean Boots), were first made and popularized by L.L. Bean.

The originals are made with a rubber sole (vegan) and a leather upper (not vegan). Most duck boots made by other companies are made with the same materials.

There are a few vegan alternatives, but you won’t find a replacement that looks or feels the exact same as the original.

If you’re not a fan of the style or color, another alternative is to buy any other vegan boot, particularly if you need warm boots for winter, and spray them with waterproofing spray. 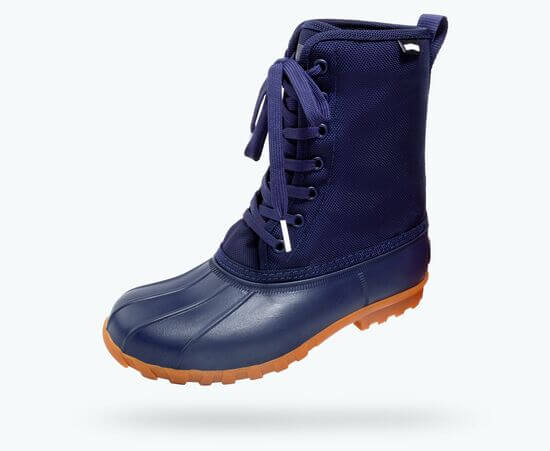 Native Shoes sells a wide variety of shoes and boots, all of which I believe are vegan.

The Jimmy Citylite boot is a 100% waterproof duck boot made with a:

So, they’re mostly made of various types of plastic.

Not the best for the environment, but you don’t have many alternatives when it comes to waterproof clothing like duck boots. 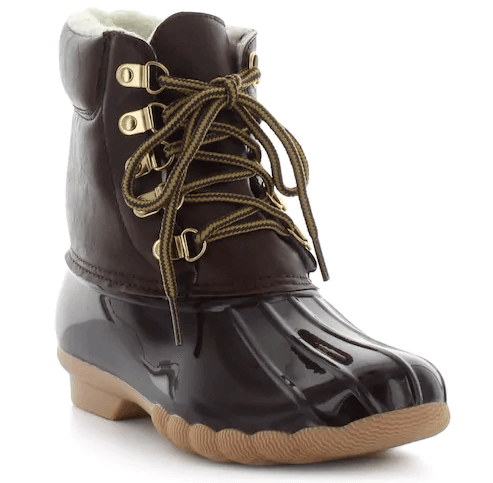 These boots also appear to be vegan, featuring:

They’re waterproof, and should keep your feet quite warm.

I realize that’s not a huge selection of great alternatives, but duck boots are a fairly niche product that haven’t quite caught on among vegan footwear companies.

I’ll try to keep this page updated if any new ones closer to the originals come out.