While Ghost is not my favorite overall, it is a bit above average. This short review will break down how I scored Ghost on protein content, cost, and taste.

Also keep in mind that Ghost is one of the few companies to offer vegan protein powder samples if you’d like to try a few small servings before deciding on buying a larger size. 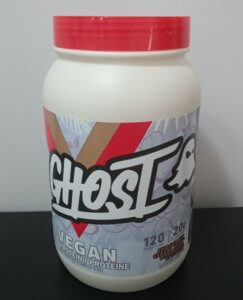 A great tasting plant-based protein powder with a blend of pea, pumpkin, and watermelon seed protein. No added sugars and a solid 20 grams of protein per serving.

Ghost is still a fairly young company. It was launched in 2016 by Ryan Hughes and Daniel Lourenco in Chicago.

Since that time, they’ve aggressively marketed their products by sponsoring influencers and athletes. Ryan Huges was an IFBB bodybuilding pro before founding the company, so this approach makes sense.

They sell a decent variety of workout supplements, from protein powder (both whey and vegan) to pre-workouts. The most unique aspect of their products is the variety of flavors, including flavors like bubblicious, “sour patch kids,” and so on.

Is Ghost a Good Company?

So far, Ghost seems like a solid company that hasn’t had any bad press or product recalls. Most of their products are highly rated by both customers and reviewers as well.

While Ghost sells non-vegan products, they do offer a convenient “vegan” filter when browsing their online store, which I do appreciate.

How Much Protein Is In Ghost Vegan Protein? 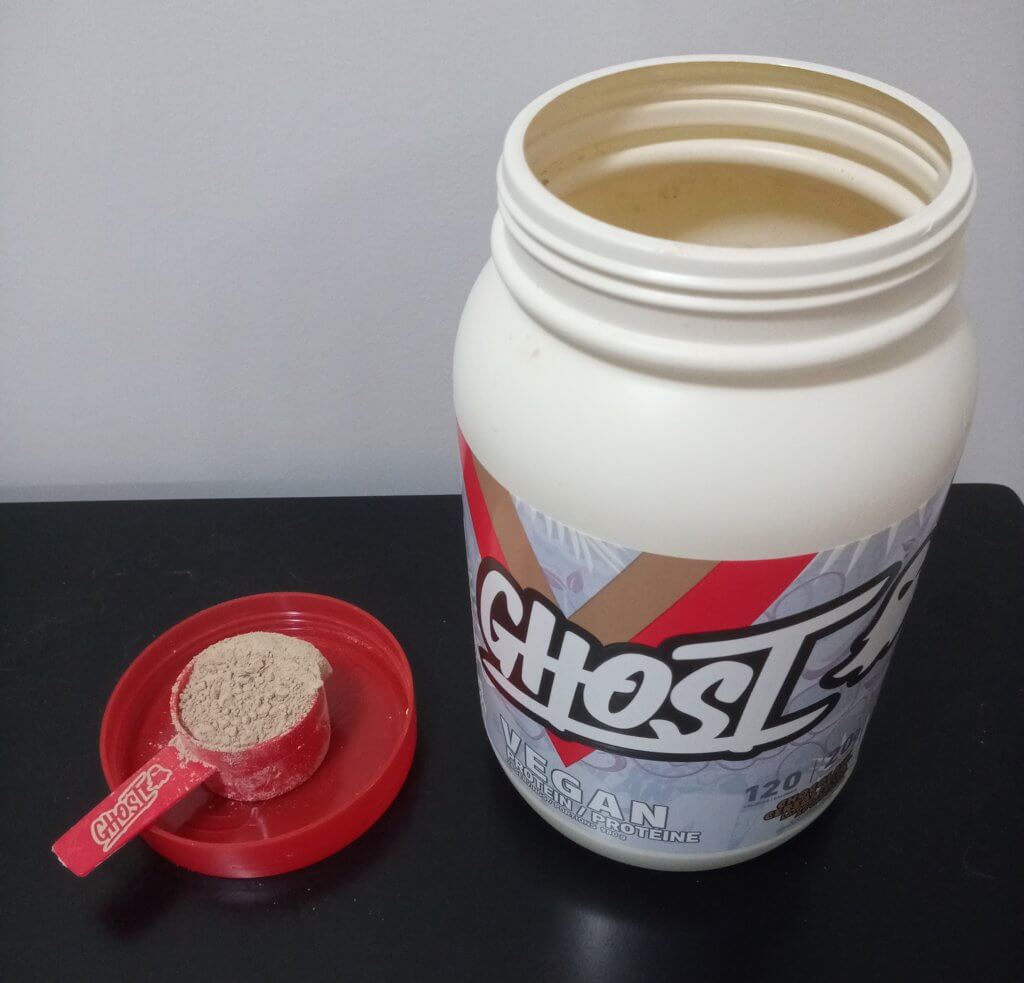 The most important aspect of any protein shake is obviously the protein content.

Ghost’s chocolate cereal milk protein has 20 grams of protein and 120 calories per serving. 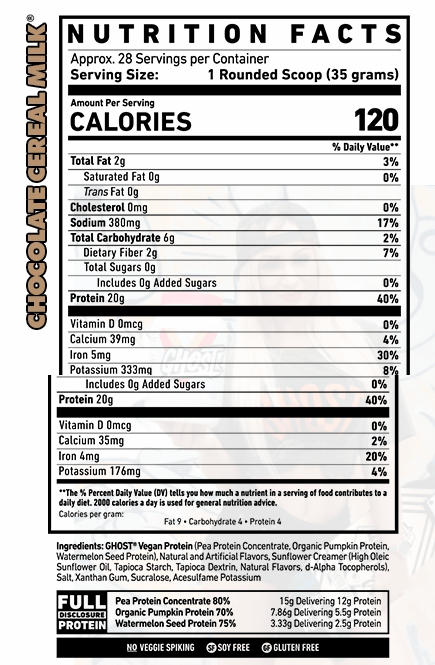 Ghost’s vegan protein has a reasonable amount of protein per calorie, but it is on the low side compared to other vegan protein powders if you really care about macros.

All of Ghost’s vegan proteins are gluten free and soy free. They have a pretty standard ingredient list:

The protein blend ensures that it has a more complete protein profile, although that’s not important in most situations.

Note that this is sweetened with sucralose, while most others are sweetened with stevia. It’s one of the few vegan protein powders without stevia for those who don’t like the taste of stevia.

Is Ghost Expensive Compared to Other Vegan Protein Powders?

There are 2 aspects of taste that I measure when I test a protein powder: 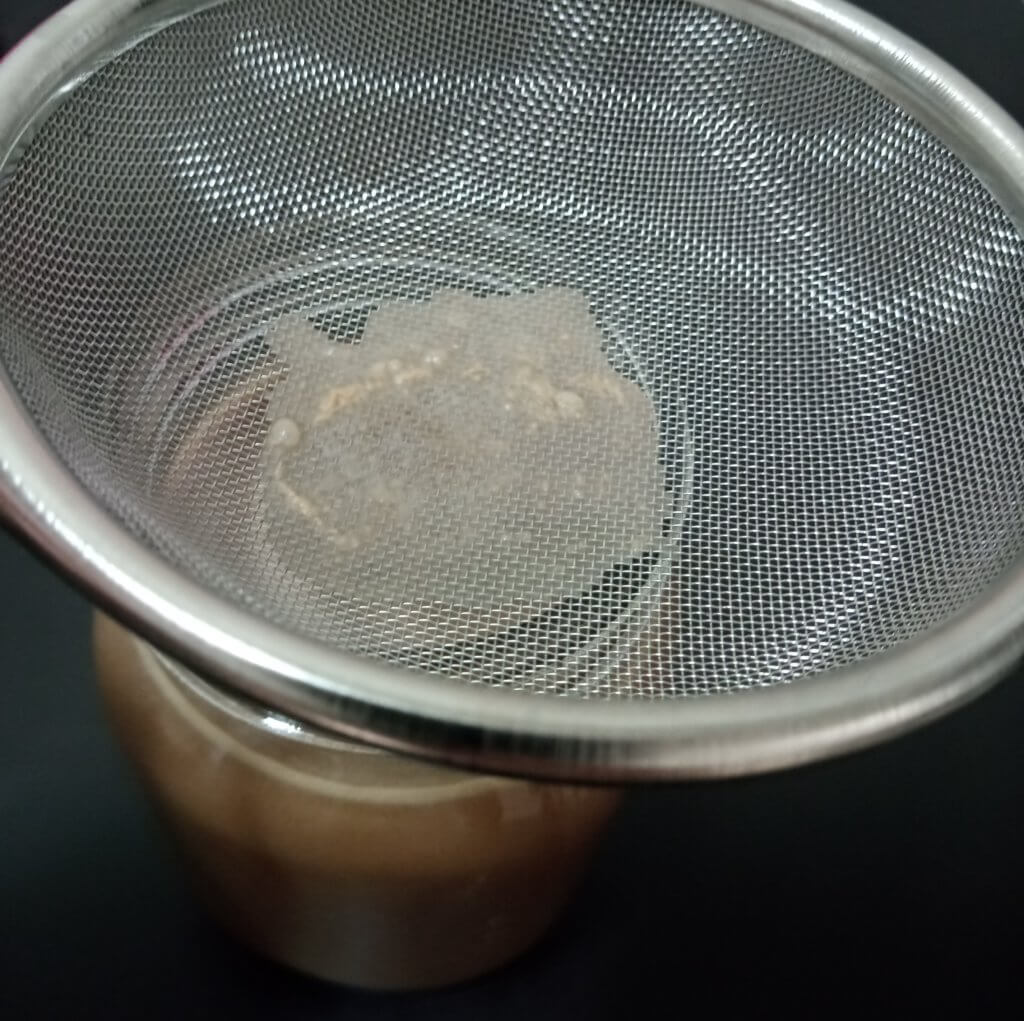 After straining the shake through a fine mesh strainer, there was 1 gram of clumps. In other words, about 97% or so of the powder dissolved just fine (for a 35 gram scoop). 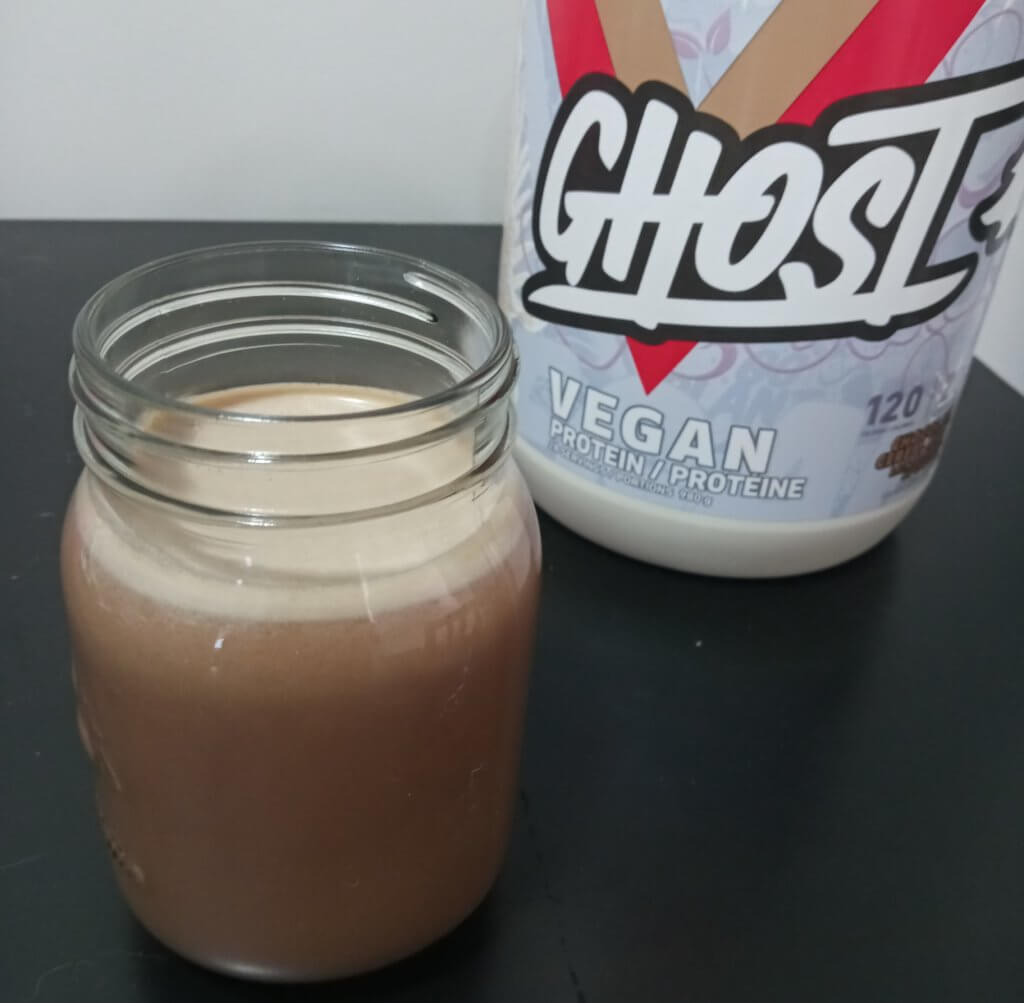 The flavor itself was great and there was no aftertaste.

However, there was a bit of a chalky texture, which is common among plant-based protein powders. It still tastes good overall, but there’s room to improve.

The taste of Ghost’s shakes is the strongest aspect of this protein powder. It mixes quite well and has a great flavor.

Overall I think this is a decent vegan protein powder that could be a good choice for someone who is more concerned about taste than macros or cost.

Here’s a quick summary of what we looked at:

While I think Ghost is a good choice for some people, here are a few alternatives you might want to consider: