Whether you’re just a bit gluten intolerant, or you have Celiac disease, getting enough protein on a vegan gluten-free diet requires a bit more planning.

The good news is that a lot of the best vegan protein sources are still gluten-free, you’ll just need to prioritize whole foods versus pre-made meat substitutes.

We’ll look at the most common foods with gluten, and then go over which foods you should focus on instead.

The Most Common Vegan Protein Sources With Gluten in Them

A gluten-free vegan diet is less constricting than a paleo vegan diet at least.

The main protein sources that you’ll need to avoid are:

But that’s most of it.

Aside from pre-made vegan foods, most whole foods on a vegan diet are already gluten-free, which is great news.

However, gluten also can sneak up in some places like soy sauce, and even tofu and  tempeh can have gluten in it (depends on the brand for all of these). So just always double-check ingredient lists before buying something.

Here’s a table of the top vegan protein sources that are gluten-free, which I’ve tried to make as comprehensive as possible.

You can sort by either the amount of protein per 100 grams or per 100 calories.

*Indicates that a food could have gluten in it

Even without wheat, there are still some grains like oats and buckwheat (not actually related to wheat) that are gluten-free in most cases.

You’ll want to focus the most on these types of plant foods.

Seaweed comes in several varieties and is considered a “superfood” because of its high vitamin and mineral content. It’s also very high in protein.

The most common seaweed products you’ll find in stores are:

Unfortunately, you can only eat so much seaweed.

So eat seaweed snacks and incorporate it into your recipes when possible, but it won’t make up the majority of your protein intake. 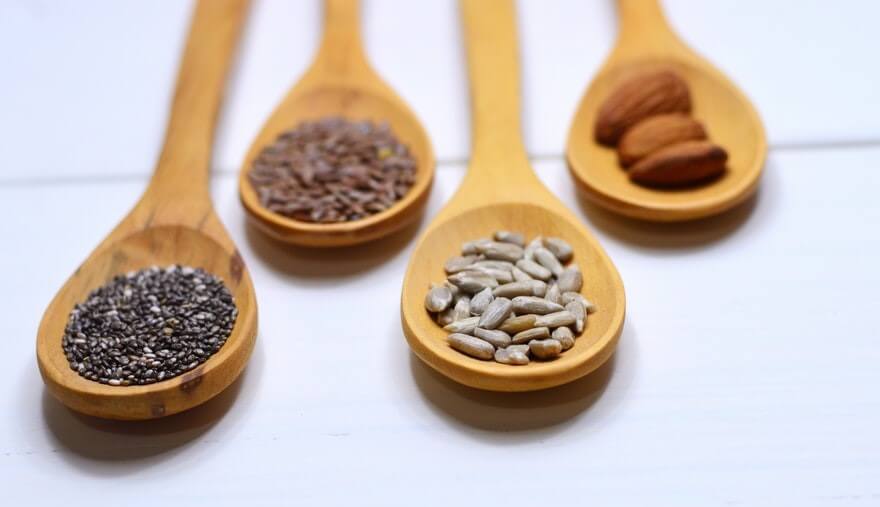 Seeds are one of the best vegan sources of healthy fats and protein, and also contain a lot of essential minerals.

You’ll see several seeds on the list above, including:

While seeds don’t really form the base of a meal, they can be added to a wide variety of salads, soups, and even oats.

Most vegans should eat some nuts on a regular basis.

They’re a good source of protein, and also have some minerals. Many of the best protein sources above are nuts, including:

But you do want to limit your nut intake a bit.

First, they are very high in calories due to their fat content.

Secondly, most nuts have a poor omega 3 to 6 fat ratio. Getting too many omega 6 fats can lead to inflammation. 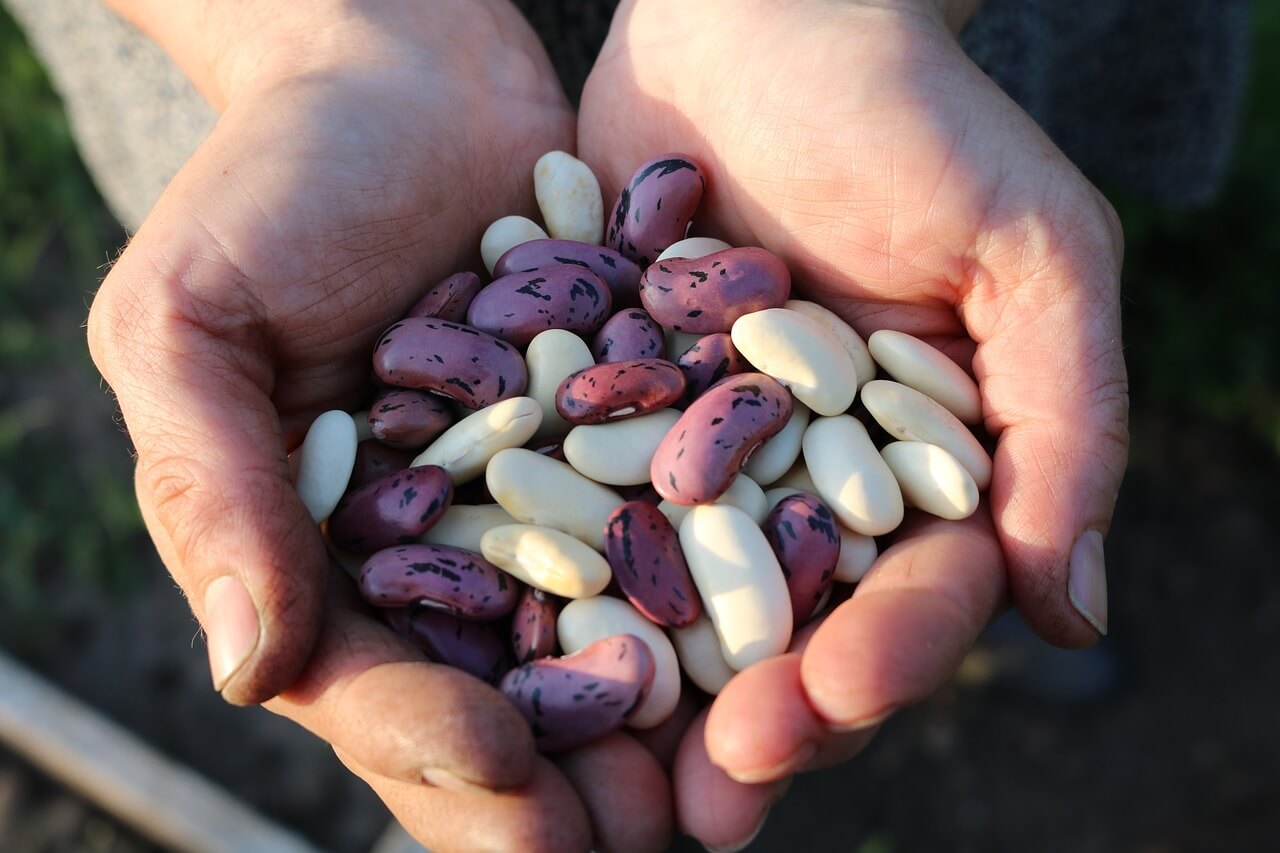 Legumes are the most balanced plant protein source. They are relatively high on the list whether you sort by amount of protein per 100 grams or per 100 calories.

That’s why legumes should be a main part of any vegan athlete’s diet that requires a relatively high amount of protein. There’s no real concern over eating a lot of legumes.

Pretty much any legume has a decent amount of protein, but the best ones are:

There are tons of high protein vegan recipes with beans in them, from chilis to salads.

How to Get Enough Protein on a Gluten-Free Vegan Diet

In a practical gluten-free vegan diet, you should focus on including the above types of plant protein in your diet as much as possible.

There’s a few other things to consider that will make your life easier: