Vitamin B12 is crucial for a healthy nervous system.

Short term deficiency leads to fatigue and tingling in the hands and feet.

If you’re deficient in it for long enough, it can result in permanent damage like dementia, blindness, and more.

It’s also the one nutrient that you can’t get naturally on a first world vegan diet.

That’s why we need to use B12 supplements (or eat foods fortified with B12).

To understand why some vitamin B12 are and aren’t vegan, you first have to understand how B12 is made.

How Vitamin B12 is Made In the “Wild”

All vitamin B12 is made by bacteria or archaea.

In the distant past (and in some places today), people consumed B12 which was produced in the dirt on their plants by bacteria.

But now, our vegetables are washed so thoroughly that there’s typically no vitamin B12 anywhere on the plant.

Animals, including humans, can have B12-producing bacteria in their stomach. Humans cannot absorb any B12 made here (in the colon), because it’s too far down in the digestive process. Certain animals can, but not us.

How Are Vitamin B12 Supplements Made (Vegan and Non-Vegan)

There are 2 main options to create a B12 supplement:

Unfortunately for vegans, both of these methods are still used today. They must have comparable costs.

So how do you know if a vitamin B12 supplement is vegan?

The only option you have is to look at the label. Any supplement that says “vegetarian” or “vegan” friendly is almost certainly vegan.

If you don’t see it specifically mentioned, chances are that it’s not vegan. Contact the manufacturer if you really want to know, but it’s better to assume that it’s not.

There’s no real reason to take a chance, since there are several vegan vitamin brands that sell vitamin B12 supplements.

Two of the most well-known that you can find on Amazon are Garden of Life and Deva. 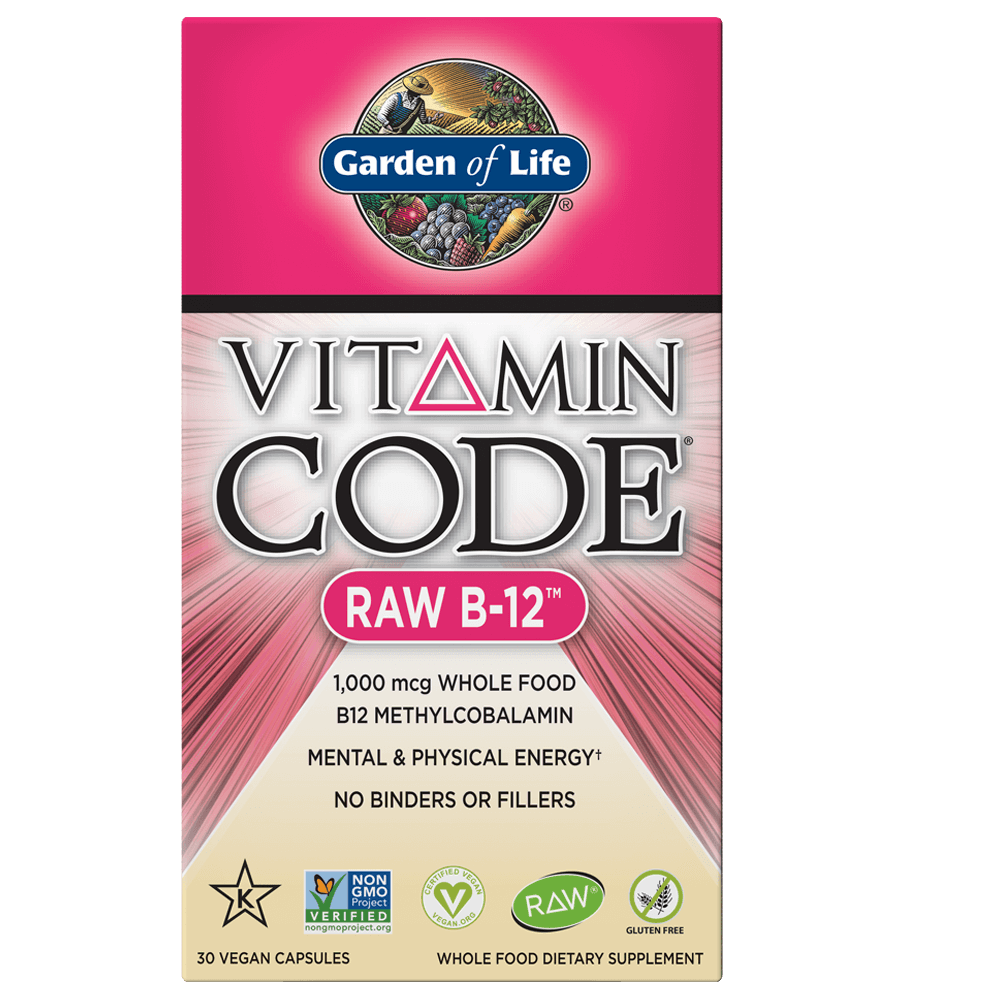 Other Ingredients In B12 Supplements

Some supplements are also obviously non-vegan because they contain other ingredients like gelatin (for soft-gel pill capsules) that are derived from animals.

Nature’s Made vitamin B12 is a good example of a non-vegan B12 supplement.

In general, watch out for:

I mentioned that you can’t get vitamin B12 as a vegan from whole foods. However, it’s added to many popular vegan foods.

It’s possible to get all your B12 through these types of foods if you eat enough of them.

I wrote a short post on the best vitamin B12 sources for a vegan, but here are the most popular ones: