Racing horses have very short lifespans and are treated terribly, but that’s pretty obvious to everyone.

But what about non-racing horses, is it okay to ride them?

While there’s not a full consensus on the topic among vegans, most vegans do not consider it to be an ethical activity.

Ultimately, there’s no need to ride horses other than for personal entertainment, and there’s no benefit to the horse (we’ll talk about 1 potential benefit later). It’s similar in a lot of ways to how vegans feel about catch and release fishing.

I’ll go over the main issues here, as well as arguments advocating that horseback riding is okay, which will hopefully help you form an opinion on the subject.

Is Riding Horses Bad for Their Backs?

That basically tells us that whatever guidelines are being used to determine who can or can’t ride a horse are not good enough.

Horses are not designed to carry things on their backs, they’re just very large and are capable of doing it if forced to. When you factor in the weight of the rider, plus equipment like saddles, it will take a toll over time.

Is There a Safe Weight for Horses to Carry?

In theory, there’s a safe weight for a rider to be, but I couldn’t find any rigorous scientific evidence of what it is.

That’s mainly because spinal damage can take years to form, so even when a horse doesn’t seem to be in pain, there could be some damage occurring.

If a child or small adult is riding a huge horse, it’s probably not causing damage, but that rarely happens. Instead, children are given smaller horses, and the relative weight likely still causes damage, as the study above showed.

Not all this equipment is used every time, but horse riders typically use at least some of the following:

Saddles and reins cause chafing and discomfort at the very least, and can lead to some nasty skin conditions in the worst case.

The biggest issue is the use of bits. These are metal rods forced into a horse’s mouth to make it easier for the rider to maneuver. 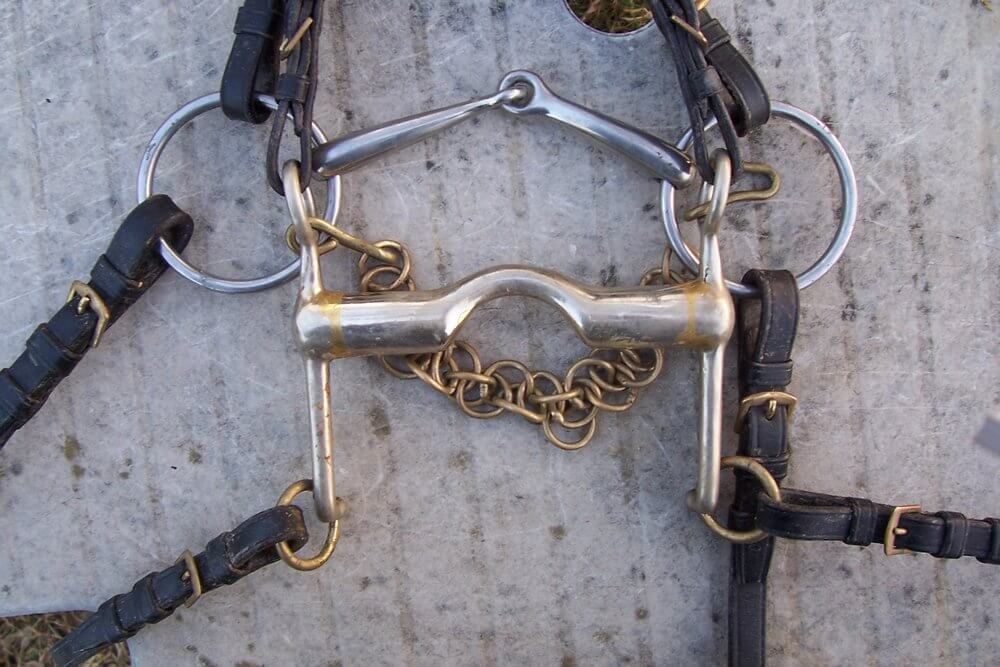 Bits cause immediate pain and long-term damage to the structures inside a horse’s mouth, which includes many cranial nerves.

Side Note: Most Riding Gear is Leather

Since we’re talking about vegans here, it’s only natural to mention that reins and saddles are typically all leather, which is obviously not vegan-friendly.

Most Horses for Riding Are Kept in Poor Conditions 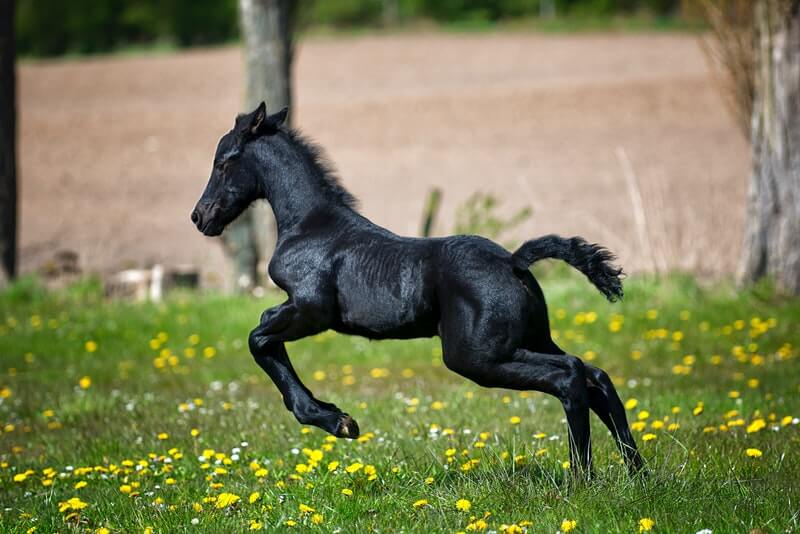 Horses, like most animals, do enjoy some level of exercise.

But at many horse-riding resorts, boarding facilities, and farms, they’re kept in extremely small pens that allow them little movement.

The only times they get exercise is when people ride them.

Essentially, they’re kept in jail cells until they get some outdoor time (which isn’t particularly enjoyable either).

This is the closest to a “good” argument for horseback riding being okay.

I said initially that horseback riding provided horses with no benefits, that’s why it’s exploitative.

However, some argue that some horses actually enjoy it because they want to exercise.

This seems reasonable at first.

However, most horses would rather either:

Horses kept in a good environment have access to a decent amount of space, so either of these alternatives are an option.

Some vegan horse owners provide anecdotal experiences of horses being happier when switching to one of these friendly alternatives.

Horses used for horseback riding are just that – being used. They are treated as a commodity.

Obviously some horse riding places are much worse than others, but even in the best situation it’s still using the horse for entertainment.

This is something that’s hard to accept. Most horse riders really care for their animals and want the best for them, so it’s hard to reconcile the fact that you haven’t been treating them as well as you could be.

So while vegans don’t feel near the same amount of anger (or any negative feeling) about horseback riding as something like hunting, it’s still something that isn’t generally supported.

If you have any other thoughts or think I missed (or are mistaken about) something, feel free to leave a comment alone.