When I’ve talked to others about whether it’s right to kill and eat animals, one of the questions I often ask is:

If there was a pig (for example) in your backyard that you had to kill if you wanted to have ham for dinner, would you be able to?

Most people in that situation would say “no, unless my life depended on it.”

But, there are some people who would “sure” – hunters (maybe fishers too).

I’ve read a lot about this topic, and wanted to share how vegans feel about hunters.

Read on if that peaks your interest, whether you’re a vegan with confused feelings on the topic, or a hunter who has questions about if it’s right in the back of their mind.

The Core Issue Vegans Have With Even “Humane” Hunting 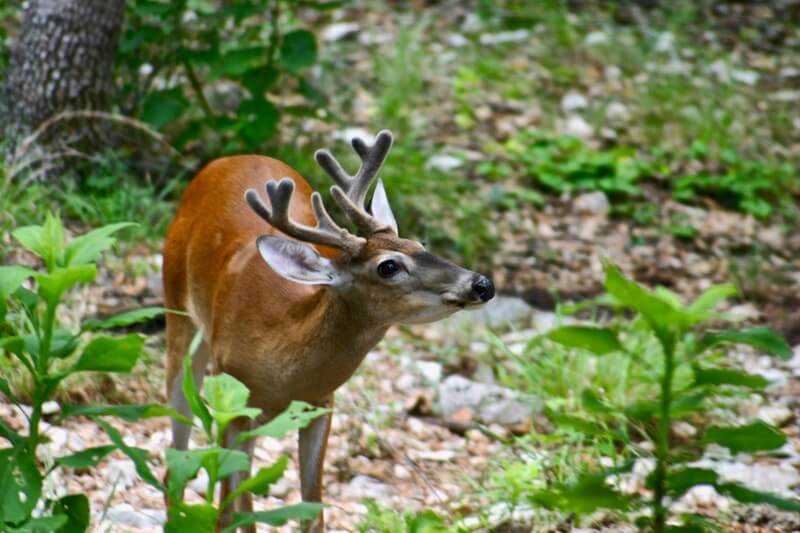 Many hunters will say that they care about animals, and I don’t doubt that some do.

The logic that’s typically brought up is that yes, the animals are killed, but they lived a good and natural life (hopefully) up until that point.

And if you said that to me 10 years ago, I’d probably say that it was reasonable. It’s definitely a true statement, but where it falls short to a vegan is that animals are still killed.

Animals are just like you and me, they want to live. They may not have the same level of consciousness, but research has consistently shown that they feel pain and pleasure, fear and joy.

If a person lives say 18 years and has a great life, and then dies, people say “it’s a tragedy, they had so much more to experience ahead of them.”

Why is it any different for an animal?

So although vegans will of course have individual opinions on hunting, this issue will ultimately be why the vast majority believe it’s wrong.

Can You Make an Argument for Ethical Hunting?

I want to make this as balanced as possible.

There are 2 types of hunting, quite different from each other.

The first is hunting for sport. Animals are often transported in just be killed. It’s for the thrill of killing, or to feel powerful, or just for fun. There’s something wrong with you if you enjoy hurting and killing animals, which is highly correlated to sociopathy.

Even most hunters would agree it’s plain wrong, and I’m not going to mention it much more.

The second type is more interesting for our topic: hunting to combat overpopulation. The concept behind it is that in some areas, there’s an overpopulation of certain animals like deer, and hunters are simply trying to keep the ecosystem in balance.

It’s definitely the best argument in favor of hunting being morally okay, but there’s a few issues that I take with it.

Why Hunting for Overpopulation is Needed

Overpopulation doesn’t just magically happen, it typically happens when an apex predator (e.g. wolves or bears) are removed from an ecosystem.

For the sake of this topic, I’m going to assume that all animals are killed “humanely”, no pain, every hunter is a perfect shot (obviously not true, but not too relevant at this point).

With all that said, it seems fairly reasonable at first glance.

But there are 2 things I’d like to point out.

First, the whole issue is man-made. I realize the deer (or whatever animal) hunters probably aren’t the same ones who removed the predators, but the overpopulation issue itself is always avoidable.

Second, does hunting to control overpopulation even work? Before writing this post I came across research that shows it really doesn’t (at least not in many cases).

“We don’t usually give animals due credit for their persistence, especially deer,” said Labisky, who has spent three decades researching white-tailed deer. “With males-only hunting, it is very, very difficult to deplete a deer population.”

If doe hunting is not allowed, which it often isn’t, the overpopulation issue is not even corrected.

There isn’t too much published data on it, but I’m sure in some situations, hunting for overpopulation control can be effective.

But it’s not the only option.

Two logical alternatives would be:

Yes, deer will still die with the first option, but the overpopulation issue will be fully corrected fairly quickly.

There are vegans who are passionate about wild animal suffering, but that’s typically far down the ladder from suffering caused unnecessarily from humans.

It Comes Down to Motivation

Look, if you’re a passionate environmental activist and you just want to preserve a local ecosystem, and you have evidence that hunting to combat overpopulation will be effective, I think many vegans can view that as the best of a bad situation.

However, as mentioned, if that’s truly what you care about, you’d probably also campaign for the other solutions mentioned above, right?

From what I’ve seen, hunters like this either don’t exist, or are freaking unicorns.

The vast majority of hunters use terms like conservation and overpopulation control in order to justify whatever reason they want to kill animals. To feel powerful, to get a surge of adrenaline taking an animal’s life, “it’s natural”, whatever.

End of the day, they want to go kill an animal.

Some point to hunting being a cultural bonding event between father and son, go camping or a million other things you can bond over where animals don’t have to be murdered.

So how do vegans feel about hunting for meat?

That was the original question. I don’t speak for everyone, but my perspective, it’s better than buying factory farmed meat if you’re actually eating it, but it’s still wrong.