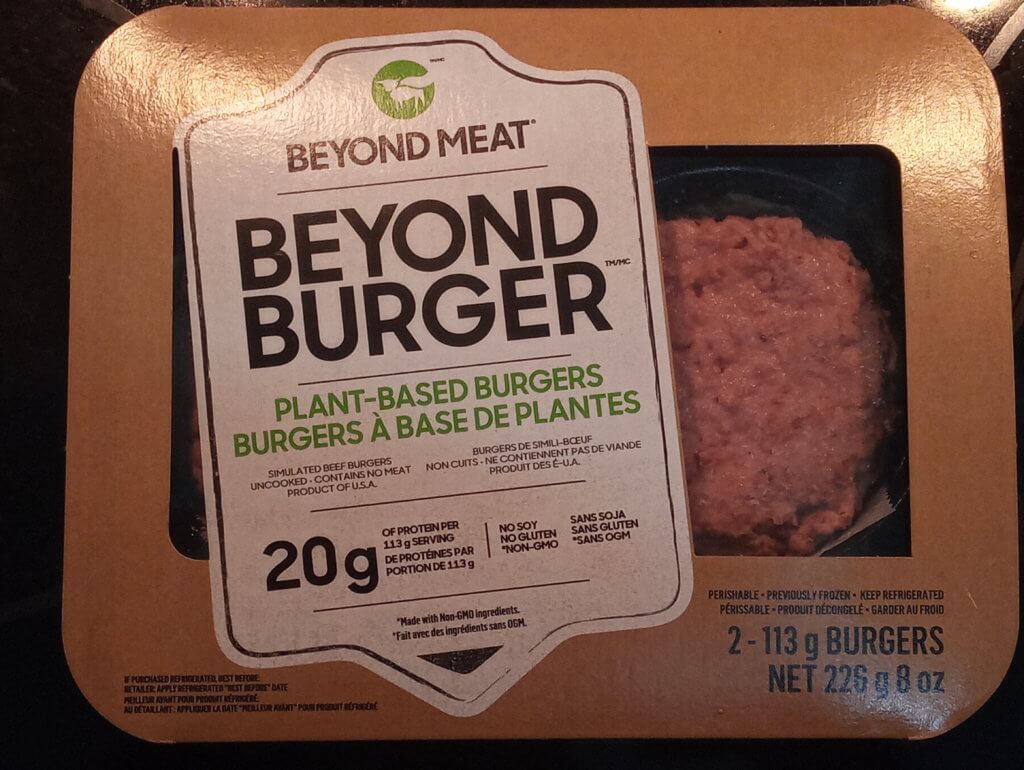 Beyond Burgers are typically fried, but if that’s not an option for some reason, you can certainly cook them in the oven.

I bought a bunch of them recently and experimented with this in order to find the ideal cooking temperature and time.

Steps to Cook Beyond Meat in the Oven

The general procedure is simple:

There’s still a bit of pink inside, which is normal and what the package says to expect.

You could certainly add a few more minutes if you like them well-done.

How to Season Beyond Burgers

Adding a bit of salt and pepper to the top of a Beyond Burger improves the taste significantly.

You can rub in the salt and pepper, but you don’t need to.

Additionally, while I prefer just basic salt and pepper, you can also add whatever other seasonings you enjoy like garlic or onion powder.

Detailed Steps to Cooking Beyond Burgers in an Oven

If you like your burgers a particular way, you may need to change things up.

Let’s go through your options after you preheat your oven…

I used a typical baking pan, a cookie sheet would also work. Note that burgers can be cooked from frozen. If using thawed burgers, stick to the lower range of cooking time (i.e. 12 minutes). 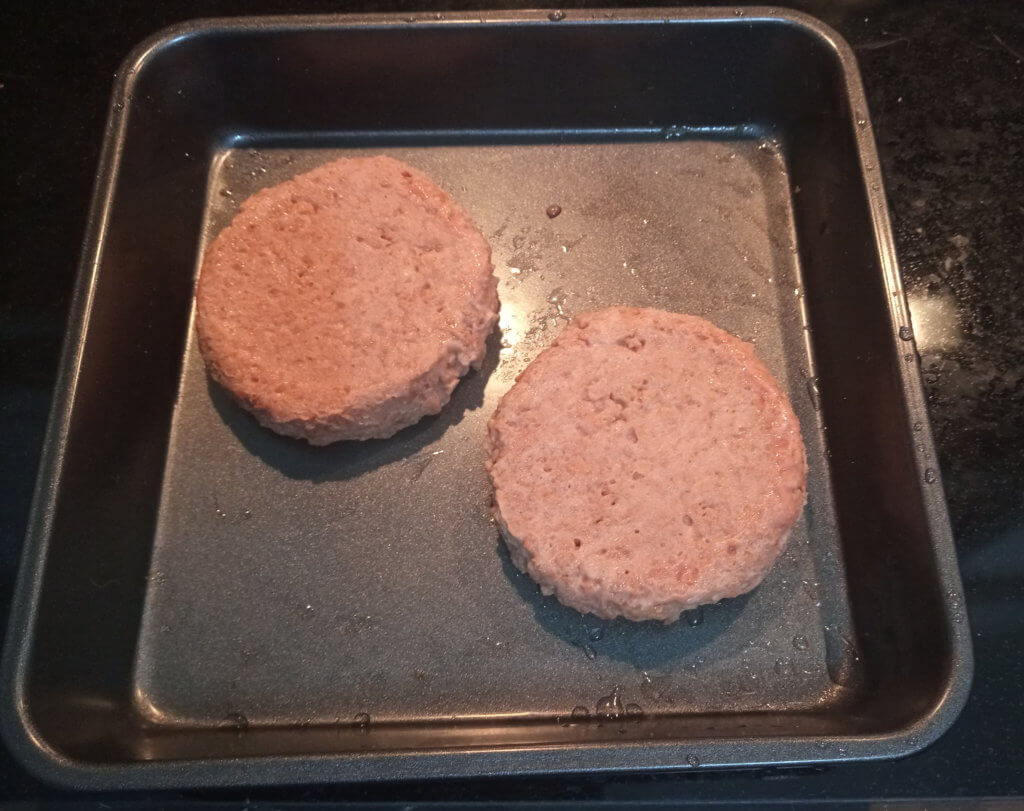 You can use a cooking rack instead of a pan if you’d like, but put a pan underneath since Beyond Burgers release a lot of oil.

To start with, if you’re using a pan, the side that is down will of course become harder/crispier.

If you want both sides to be the same, flip them after 6-8 minutes.

I prefer mine on the well done side, so I cooked my burgers for a full 15 minutes and flipped after 8 minutes.

Here’s what they looked like when I took them out: 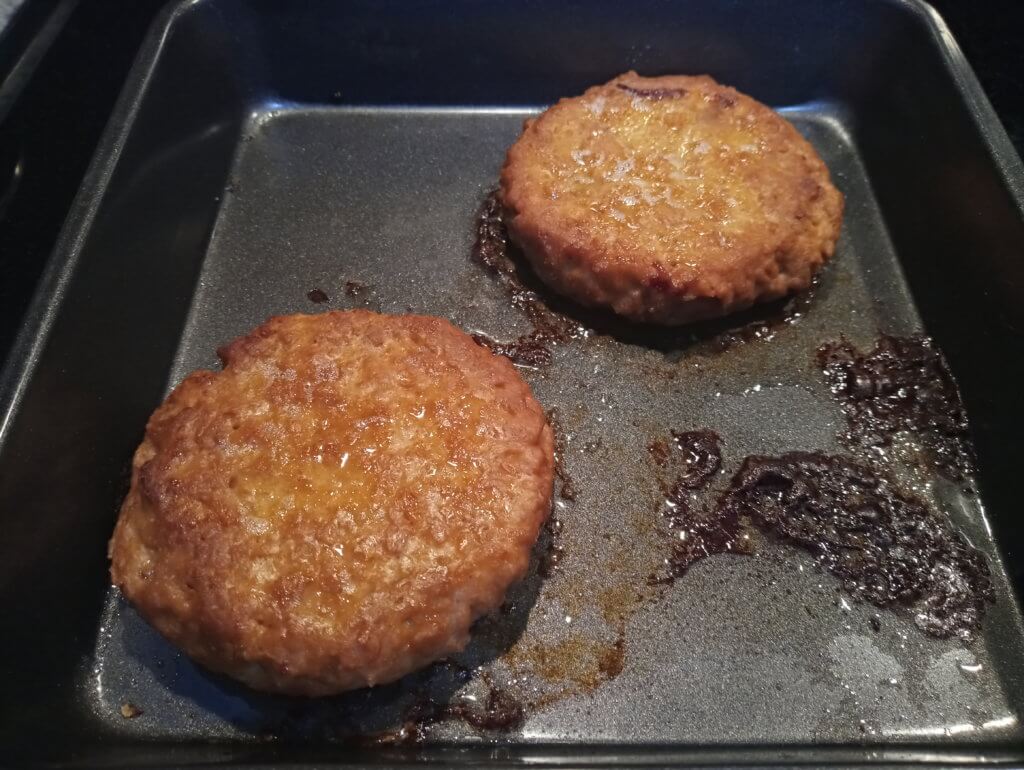 In terms of taste, they tasted just as good as when I fried Beyond Burgers, so I consider this experiment a success!

If you opt to skip a bun, make sure to use a lettuce that doesn’t fall apart.

Can You Get Sick From Eating Undercooked Beyond Burgers?

It can be hard, especially the first few times you have Beyond Meat, to tell if it’s undercooked or not.

It should look pink on the inside, that doesn’t necessarily mean it’s undercooked. Hopefully that’s clear in the pictures above.

Even if your Beyond Burgers are undercooked, it’s unlikely that you’ll get sick. One of the benefits of eating plant-based foods is a much lower risk of bacterial contamination like salmonella.

Can You Get Sick After Eating Beyond Burgers From Other Reasons?

A small percentage of people really have issues digesting Beyond products.

If you’re feeling sick after eating Beyond Burgers, it’s more likely something to do with the ingredients themselves rather than being undercooked.

The most common issues people report from what I’ve seen is having an upset stomach or diarrhea after eating Beyond Meat.

I can’t tell you exactly why, but the most likely issues appear to be: