ChapStick is the original big brand when it comes to lip balm.

Unfortunately, their products aren’t vegan, for a few different reasons.

I’ll break them down here, but the final answer is no, ChapStick is not vegan, and it’s not cruelty-free.

There are 2 things we need to look at: animal testing, and ingredients.

First, Does ChapStick Test on Animals?

There are 2 levels to this.

One is whether or not ChapStick themselves test their final product on animals.

In the United States, they do not test on animals. Instead, they get human volunteers to test any new products. This comes right from ChapStick’s FAQ page.

However, they also state that:

Certain countries outside of the USA may mandate animal testing for cosmetics.

So depending on where you live this could be an issue.

If you want to be 100% sure that your lip balm is cruelty-free and animal-free, then see my list of the best cruelty-free vegan lip balms.

The second level to animal testing is whether or not any of the individual ingredients that ChapStick gets from suppliers are tested on animals.

ChapStick isn’t tested on animals in the USA, but certain countries (specifically China) require animal testing and ChapStick complies. It’s up to you if you’re okay supporting a company that does that on principle. 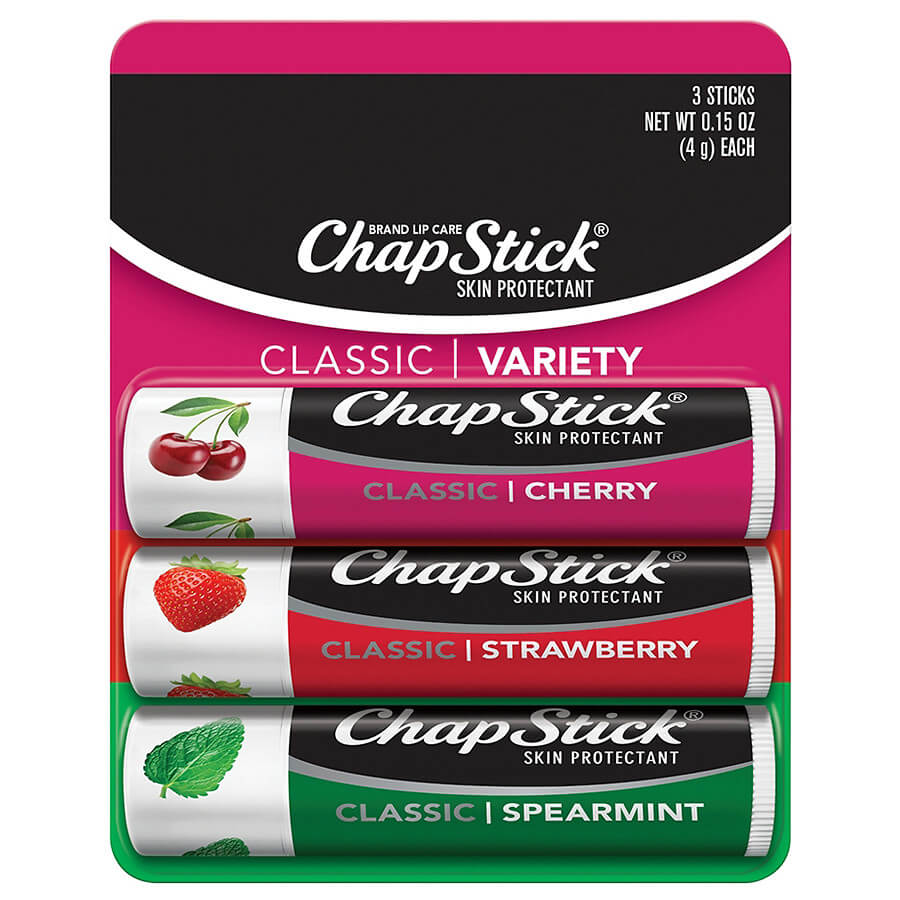 ChapStick has several product lines, but let’s just look at the most popular ones.

First are the “Classics,” which are the standard sticks you’re probably used to finding in drugstores and gas stations.

First off, lanolin is not vegan.

It comes from the oil in sheeps wool, which in theory could be done in an ethical way. But the vast majority of the wool industry is rife with animal abuse and there are few vegans who would consider it “okay.”

The second big concern are the colorings like red 6 and yellow 5 lake, these artificial colorings are not vegan. Each flavor uses different ones.

Colorings like these are usually tested on animals, which is what I was alluding to before.

Other Non-Vegan Ingredients in Chapstick

Even though ChapStick has several product lines, they all seem to have non-vegan ingredients.

Overall, ChapStick is not a vegan company, and I wouldn’t consider their lip balms to be vegan or cruelty-free.

Personally, I would much prefer to support companies that go out of their way to make cruelty-free and ethical products, even if it’s harder to find their products. And yes, your lip balm might cost twice as much, but when something lasts for months, it’s a pretty negligible price increase.