The answer to this question is…maybe.

All the ingredients come from plant sources, which is enough to make some people say that Duncan Hines frosting is vegan, but there are a few problem ingredients that most vegans would want to avoid. 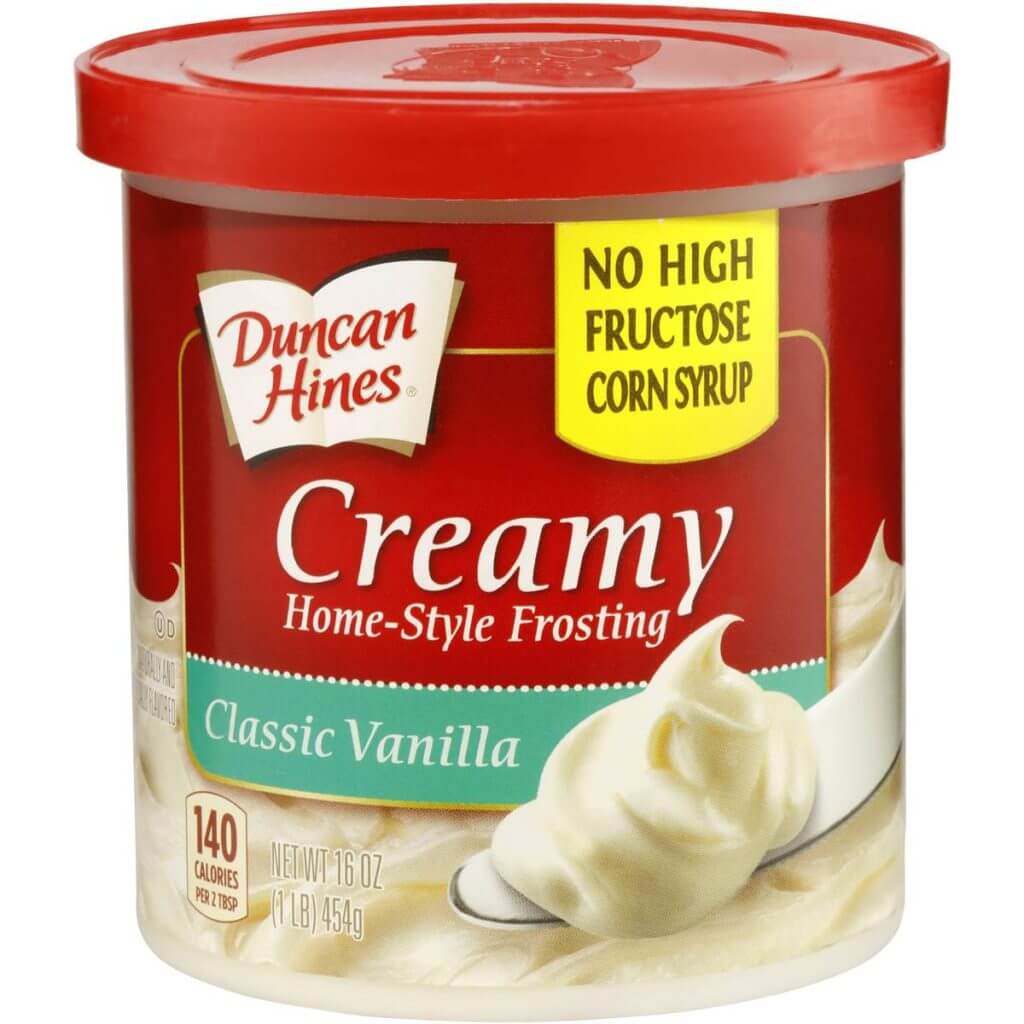 Let’s take a look at the list of ingredients on their buttercream flavor, I’ll highlight any controversial ingredients:

There are no clearly non-vegan ingredients, but a few that could be, and a few that many vegans avoid (despite them being technically vegan):

None of those are conclusive, but if I had to guess, Duncan Hines frosting is likely not vegan in the United States.

We have a slightly different ingredient list up north.

You won’t find those same coloring ingredients in Canada, but we still have our own potential problem ingredients.

Let’s take a look at the list of ingredients on their buttercream flavor in Canada:

Again, we have 3 of the same issues:

See the above section for explanations about why they may or may not be vegan.

Whether or not palm oil is vegan is the subject of much debate. After a great deal of research and thought, I personally believe that palm oil is technically vegan, however, I still avoid it for ethical reasons.

If you haven’t read much about palm oil, I encourage you to read that post I just linked and give it some serious thought before deciding one way or another.

Regardless of the palm oil, Duncan Hines frosting is still probably not vegan in Canada.

No matter where you live, Duncan Hines contains multiple ingredients that may or may not be vegan.

I would wager that it isn’t vegan friendly, so if you want to be on the safe side, avoid it.