JUST Egg has started showing up in most major Western grocery stores.

It’s expensive, but it’s kind of scary how well it replicates actual eggs in things like scrambles.

And while it’s better for the environment than eggs, I wanted to do a deeper dive on if JUST Egg is actually healthy. 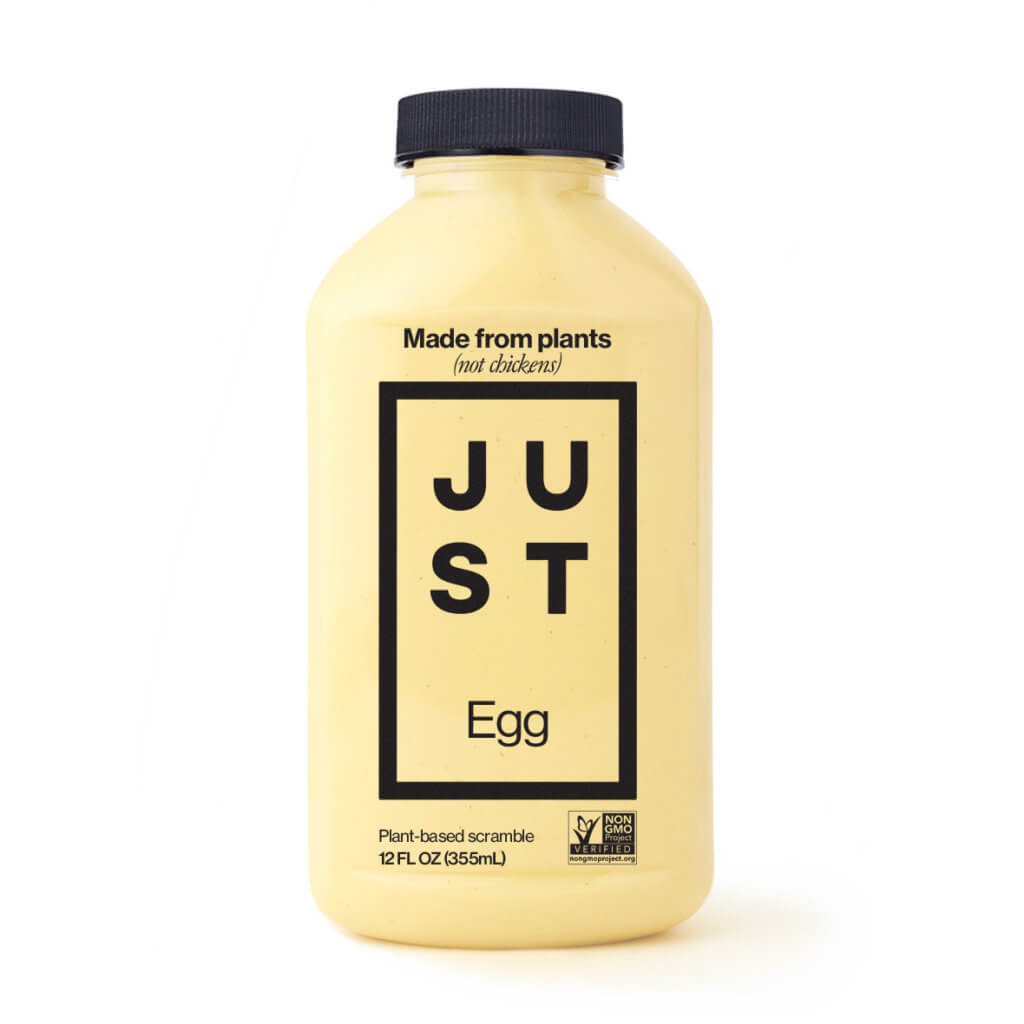 Let’s start by reviewing the ingredients in JUST Egg. I’m going to split this into the main ingredients and the rest after.

To start with, there are only 3 main ingredients, and one of those is water:

Almost all of the fiber, carbohydrates, and nutrition are removed from the actual mung beans to make this isolate.

That’s not a terrible thing, but it doesn’t really make it “healthy.”

The other main ingredient is canola oil.

Whether or not canola oil is healthy is a controversial topic. It has been marketed as a healthy oil that’s low in saturated fat for decades. However, the studies showing that it has a positive effect on things like heart disease and inflammation are almost always industry funded. This casts doubt on the results, and the studies also typically use unrefined canola oil, which isn’t what you’ll find in food products like JUST Egg.

That doesn’t necessarily make canola oil unhealthy, but it wouldn’t be at the top of my list of healthy oils.

JUST Egg is almost entirely comprised of mung bean protein isolate and canola oil. Both of these ingredients aren’t particularly healthy, but also not known as unhealthy when consumed in reasonable amounts.

Other Ingredients in JUST Egg

There are several other ingredients in JUST Egg that make up a small percent of the overall food:

Almost all of those are ingredients that have little effect on the health impact of JUST Egg either way. We can divide them into:

The one ingredient I would like to look at more is transglutaminase.

While transglutaminase is considered safe to eat, there’s growing research that shows it may cause some health problems for certain people.

More research is needed, and this ingredient is only included in a very small amount, but it could cause issues for some people.

Most of the other ingredients that are in JUST Egg in small amounts are safe and don’t have any significant effect on the nutritional value. However, while transglutaminase is seen as “generally safe,” there are potential concerns over how safe it is. In such a small amount, it’s probably not a big concern, but worth noting.

In order to see if JUST Egg is healthy, we also have to look at the nutrients it provides.

The data below is for 2 servings, which is about equivalent to one real egg.

It’s fairly low in calories, and high in protein. This is generally a good thing, especially for vegans that can struggle to get enough protein.

However, the only micronutrient present in significant amounts is iron, which is 8% of the daily value (about 1.5 mg). JUST Egg really doesn’t provide much in the way of vitamins or minerals.

JUST Egg does have a good amount of protein, which most people could use more of. Overall it’s low in calories, but is also low in vitamin and mineral content.

While I wouldn’t say JUST Egg is unhealthy, it’s also not very healthy.

The biggest reasons behind that conclusion is that while JUST Egg is a good plant-based protein source:

That last one is the most significant to me.

You wouldn’t want to have most of your calories coming from JUST Egg.

It’s fine to eat it as a small part of your diet, but hopefully you’ll combine it with vegetables like spinach and bell peppers that are loaded with vitamins and minerals to make up for the fact that JUST Egg offers little nutritional value beyond protein.