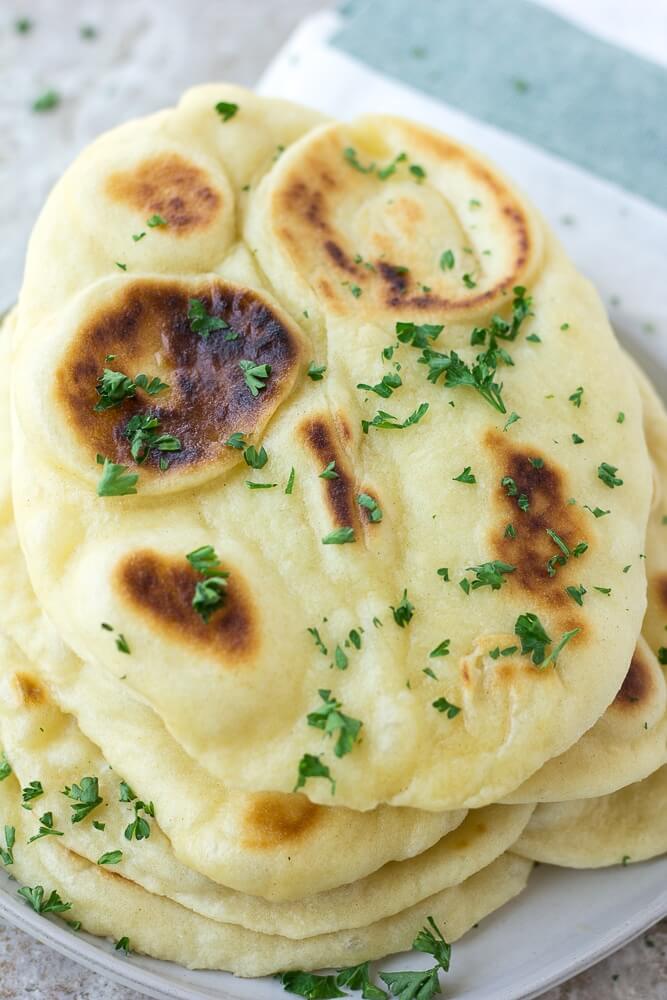 Unfortunately, the vast majority of naan bread is not vegan.

The most common non-vegan ingredients are:

There are some vegans versions of naan bread sold in certain grocery stores, but they can be hard to find.

If you’re looking for a vegan flatbread, chapati is your best bet, which is typically just made of flour, salt, oil, and water.

The best option is to make your own. It’s easier than you might think. 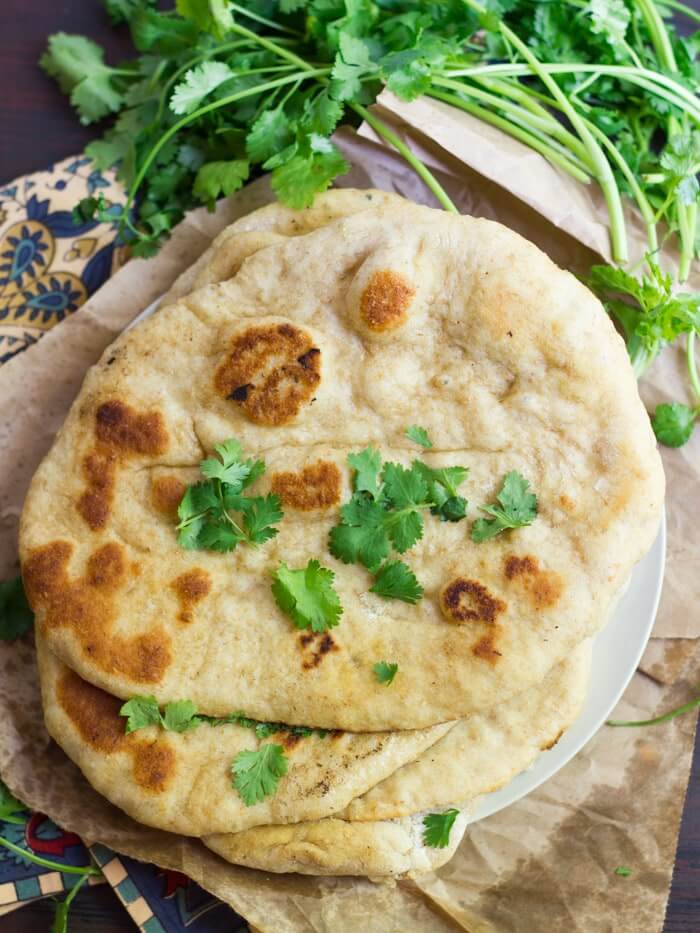 Naan bread always seemed like it’d be difficult to make, but it’s actually really easy to make a vegan version.

It’s honestly not that much different than cooking a pancake, and doesn’t take any longer either.

Here are 4 great vegan naan recipes just to give you some choice depending on what ingredients you have on hand:

They are all based on yeast, flour, salt, and oil, but have different ingredients other than those.

The best part is that homemade naan is cheaper than store-bought, and I think it tastes even better as well.