Orbit is one of the most popular brands of gum, and a lot of their gums might just be vegan-friendly by accident.

But it depends on where certain ingredients come from, and your personal views on certain controversial ingredients.

I’ll walk you through them, and then we’ll look which flavors are most likely vegan.

The ingredients for all flavors of Orbit gum are almost all the same.

I’ve highlighted the 3 potential issues for vegans, the rest of the ingredients are all clearly vegan (they even use soy lecithin!).

Here’s the issue, or potential issue for each of them:

I’ve contacted Orbit’s parent company (Mars) about the glycerol, and will update this page if I ever get a reply.

Which Flavors Are Most Likely Vegan Friendly?

I’ve gone through the ingredients list of each flavor of Orbit, looking for possible problem ingredients.

I’m going to ignore the “natural flavors”, which are in every flavor of Orbit gum, as I’m fairly confident they are vegan.

Here’s a summary table of what I found:

You might see “riboflavin” under “colors” for some of the flavors, but that’s a plant-based coloring agent (not the same concerns as artificial colors like Red 40).

Verdict: These Flavors of Orbit Gum Are Likely Vegan 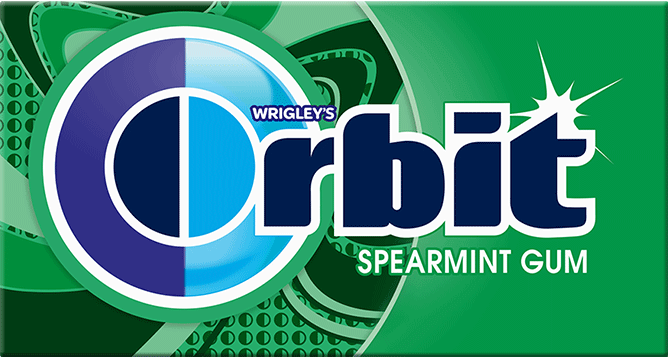 I can’t confidently say that any Orbit Gum flavor is vegan. Personally, I’ll remain on the safe side and use a clearly vegan gum.

If the glycerol is from a plant-source, these 2 flavors are vegan:

As for the rest of the flavors, they would also be vegan, but it depends on whether or not you’re okay with consuming artificial colors. This is one of those controversial ingredients where you need to make your own decision.

Any questions or confusion? Let me know in a comment below.