Peanut butter that is not sweetened with high fructose corn syrup is usually considered low FODMAP. And while there is a small amount of naturally occurring fructose in peanuts, it’s only an issue for most when eaten in large amounts.

While there’s still a lot to learn about FODMAPs, I’ll summarize the findings of a few recent studies on peanuts and peanut butter for you in this short post.

If you have any questions, just leave them in a comment at the end.

The most “natural” peanut butters are literally made from blending up peanuts and nothing else.

For example, Kirkland peanut butter is made from dry roasted peanuts and nothing else. 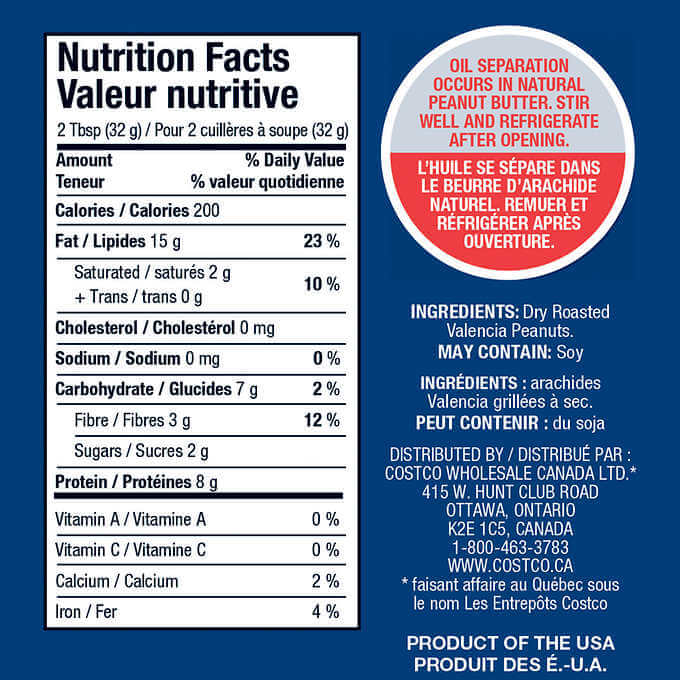 Most nuts, aside from pistachios, are low in FODMAPs. That includes brazil nuts, macadamias, almonds, pecans, walnuts, etc.

I’m aware that a peanut is not technically a nut, but it shares many properties, including having a similar nutritional breakdown.

Peanuts are low in FODMAPs, just like most nuts.

Research has shown that most peanut butter is low in FODMAPs (source). The exceptions are when certain other ingredients are added, particularly high fructose corn syrup.

However, look out for sugar alcohols (especially in “keto-friendly” products) and other additives like molasses or agave. They’re not too common, but do exist.

Now let’s take a look at a few popular brands of peanut butter.

One study examined the FODMAP content of a variety of foods that could be purchased at Kroger (source).

The list of foods tested included Skippy’s peanut butter (second last row in the picture below):

There is 0.91 grams of fructose per 100 grams of Skippy’s peanut butter, which is considered relatively low.

There’s some added sugar, which may contribute a bit to the fructose content depending on the type, but it’s not significant.

Additionally, foods with a 1:1 ratio of fructose to glucose are typically tolerated well. 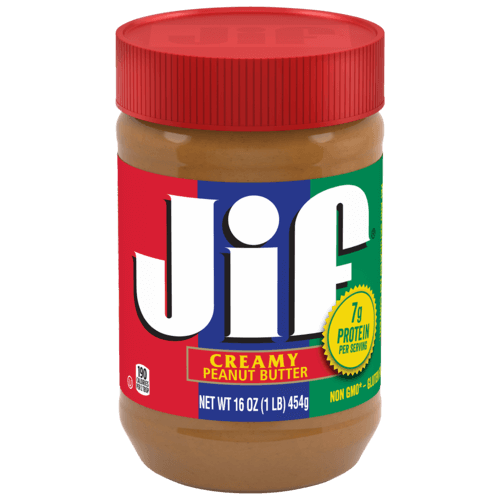 I couldn’t find a study that tested Jif peanut butter for FODMAP content, so we’ll have to look at the ingredients instead:

Looks pretty standard, but the molasses could be a problem.

Molasses is considered a high FODMAP food, but there’s only a small amount here (less than 2%).

Some people on a low FODMAP diet may have an issue with Jif peanut butter.

Conclusion: Jif peanut butter is relatively low FODMAP, but higher than most other peanut butters due to containing molasses.

Is Peanut Butter OK for IBS?

There’s a large overlap between FODMAPs and IBS.

Research has shown that peanut butter is typically well tolerated by those with IBS (source):

Some people with IBS can’t tolerate high levels of fat in their diet, and eating too much peanut butter (or nuts) can cause stomach trouble.

If you found this post useful, you might also find my breakdown looking at are sweet potatoes low FODMAP interesting.

Some popular alternatives to peanut butter include almond butter and cashew butter.

Just like peanut butter, if these contain added ingredients like high fructose corn syrup or honey, they will be high in FODMAPs.

If we’re talking about pure nut butter (no added ingredients), then according to Monash University:

If you eat a huge portion of almond butter, you may ingest enough FODMAPs to cause you stomach issues. So while people who struggle with FODMAPs can have almond butter, they should limit their servings to a few tablespoons in most cases.