Verdict: Most Soda is vegan.

The short answer: Many sodas are vegan, but some are not.

Similarly, some energy drinks are vegan, but some are not.

The rest of this post will show you what non-vegan ingredients to look out for in soda, and which of the most popular sodas are or are not vegan. 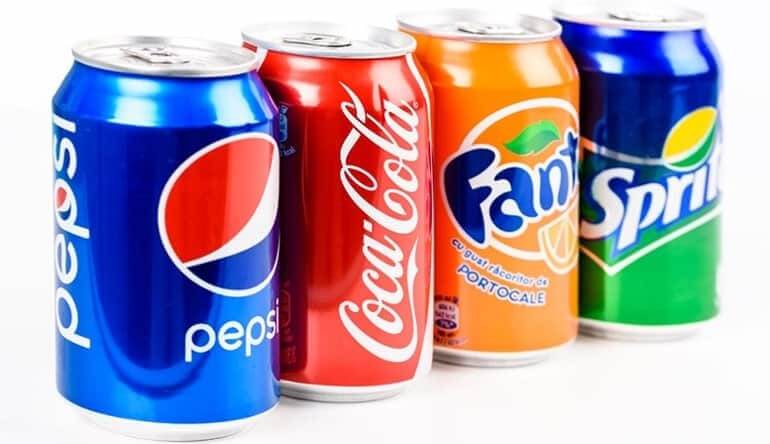 There are 5 main things to look out for in soda ingredient labels:

One other ingredient I would like to point out is caramel color, a common ingredient in soda. While some caramel color isn’t vegan, the majority is and I will assume that it is vegan for the rest of this page.

Which Major Sodas Are Vegan?

The good news is that most of the sodas you can name off the top of your head, while not healthy, are in fact vegan.

Let’s go through them one-by-one. Keep in mind that ingredients may differ by country and flavor, I’m only going over the most popular varieties, with ingredient lists coming from the manufacturers’ websites. 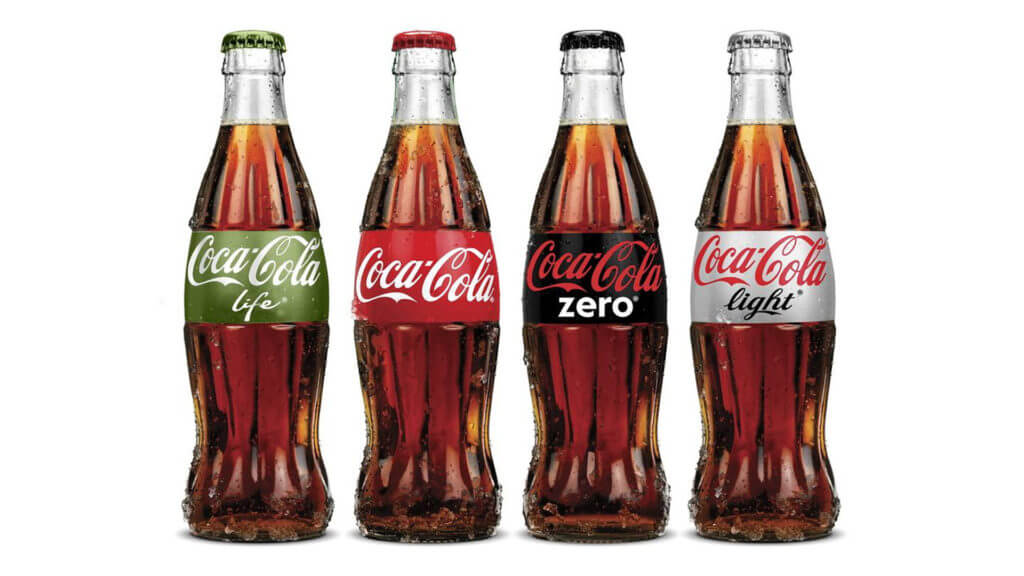 There are no obvious animal products on that list. The only ones we can’t be sure about are “caramel color” and “natural flavors”, although I’d expect them to be vegan here.

Luckily, on the FAQ page of one of Coca-Cola’s websites, they’ve clearly stated that most of their products have no animal products. Refer to the excerpt below (click to enlarge):

That’s enough for most vegans to feel confident about drinking any flavor of Coca-Cola.

Based on the ingredients list and a public statement, all flavors of Coca-Cola appear to be vegan. 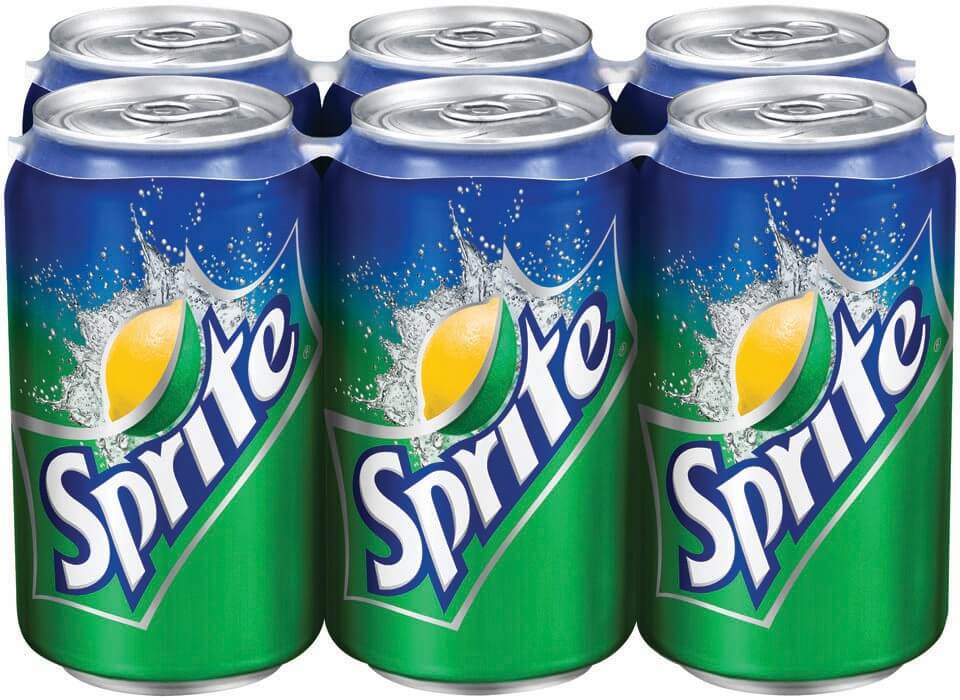 Let’s have a look at the ingredients in Sprite:

The only questionable one is the “natural flavors” again, which may or may not be vegan (it’s an umbrella term for many flavoring ingredients). However, as we went over at the start of this post, it’s pretty safe to assume it is vegan.

While we can’t be 100% sure, we can be pretty confident that Sprite is vegan. 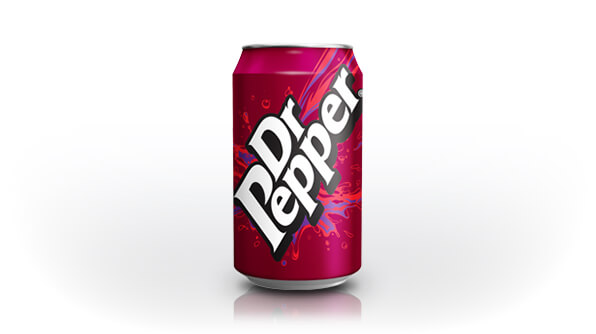 The ingredients are almost identical to Coca-Cola.

Again, we can’t be 100% sure that the natural flavors and caramel color are vegan, but it’s a pretty safe bet in this context.

There’s a very high chance that Dr. Pepper is vegan-friendly. 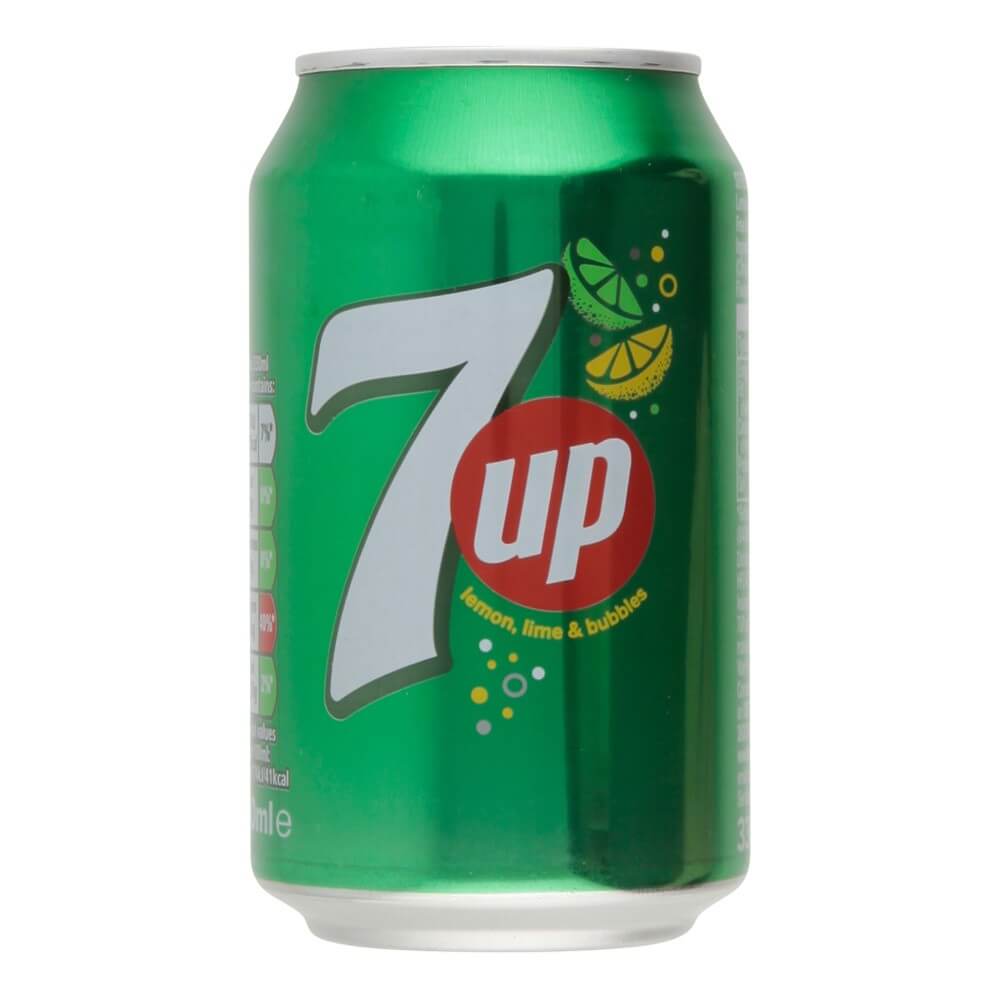 Again, let’s look at the ingredients in 7up:

Note that there are no obvious animal products in it. There are natural flavors, like there are in almost every other soda, but it’s pretty safe to assume that those are vegan here.

There’s a very high chance that 7up is vegan. 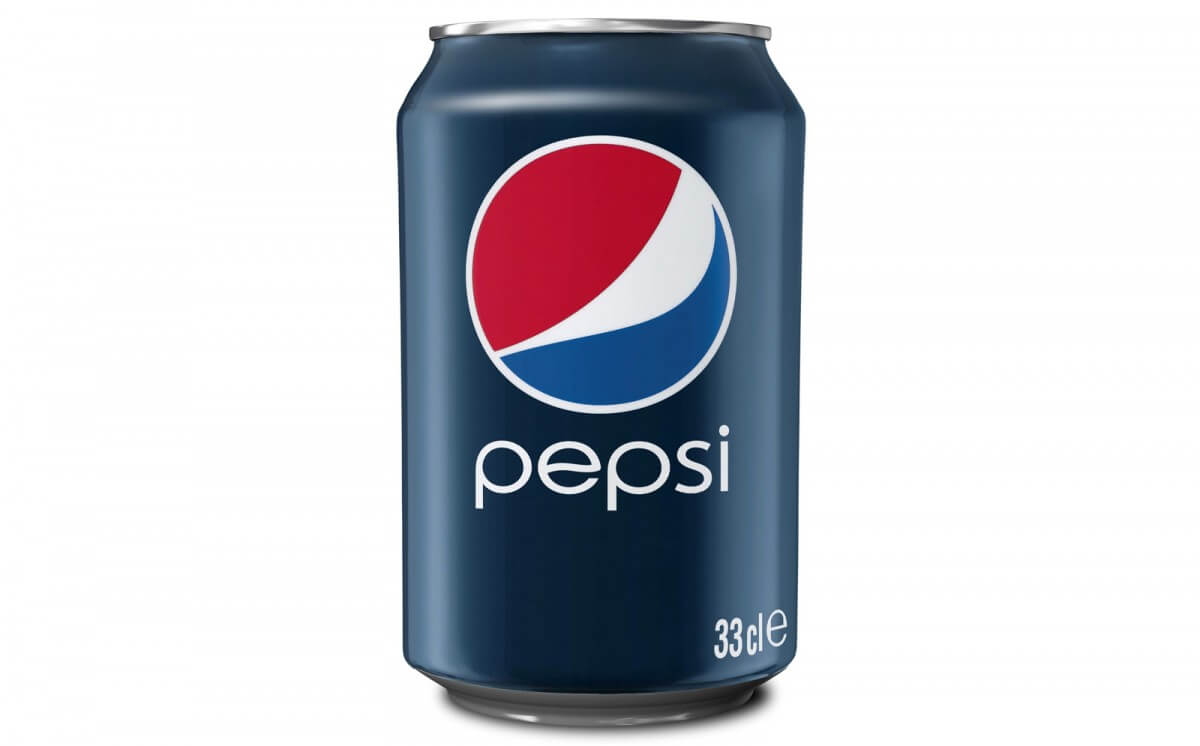 Considering Pepsi is so similar to Coke, you can probably guess the outcome:

Pepsi themselves have said that Pepsi and Pepsi max are both vegan, but diet Pepsi is not.

However, that was a few years ago. I contacted Pepsi’s customer support (July 2019), and received an even better reply: 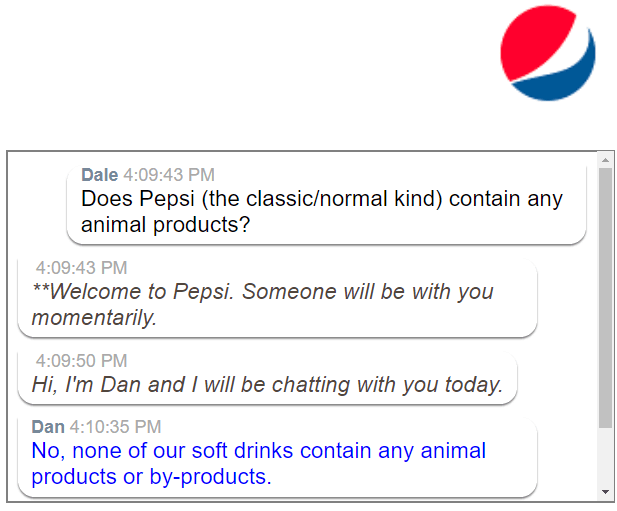 According to the support rep, none of Pepsi’s products contain any animal products or by-products.

According to the ingredients list of Pepsi, plus the customer service representative I contacted, it appears that all Pepsi products are now vegan. 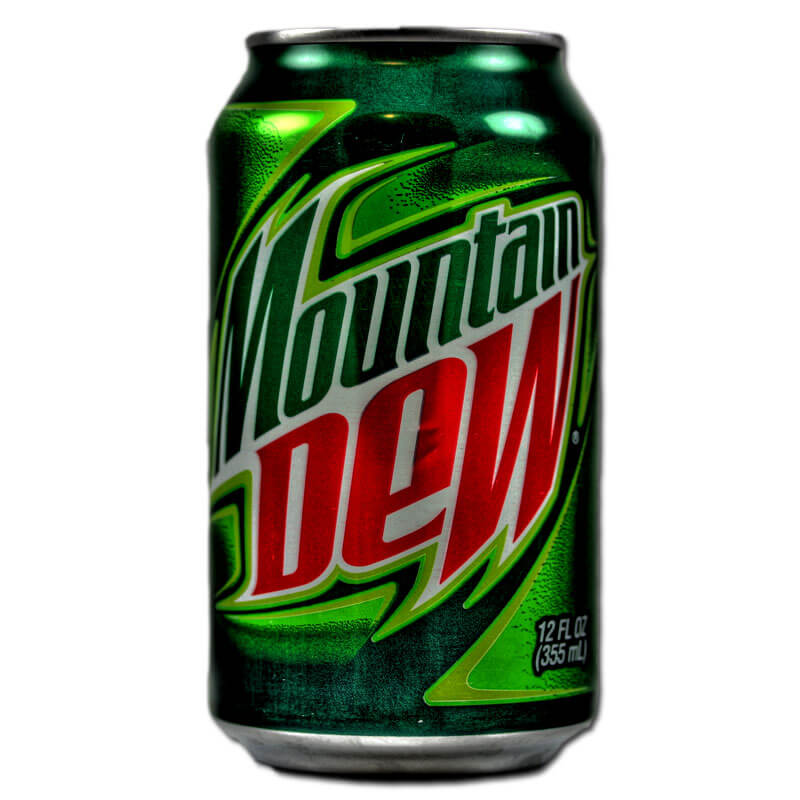 Now let’s look at the ingredients of Mountain Dew:

Super long ingredients list, but noobvious animal products, and I couldn’t find anything else that suggested otherwise. Again, we’ll assume that natural flavors are vegan-friendly here.

The one potential issue is “yellow 5,” which is an artificial color. Artificial colors are a grey area for vegans, as they are often tested on animals.

You’ll have to make your own decision on whether or not you’re okay with it.

Mountain Dew appears to be vegan, but contains artificial colors that strict vegans may avoid.

Most sodas are in fact vegan.

If you want to be 100% sure about any soda being vegan, you’ll need to contact the manufacturer directly.

Again, the sodas you need to be most careful of are flavored ones, especially orange flavors.