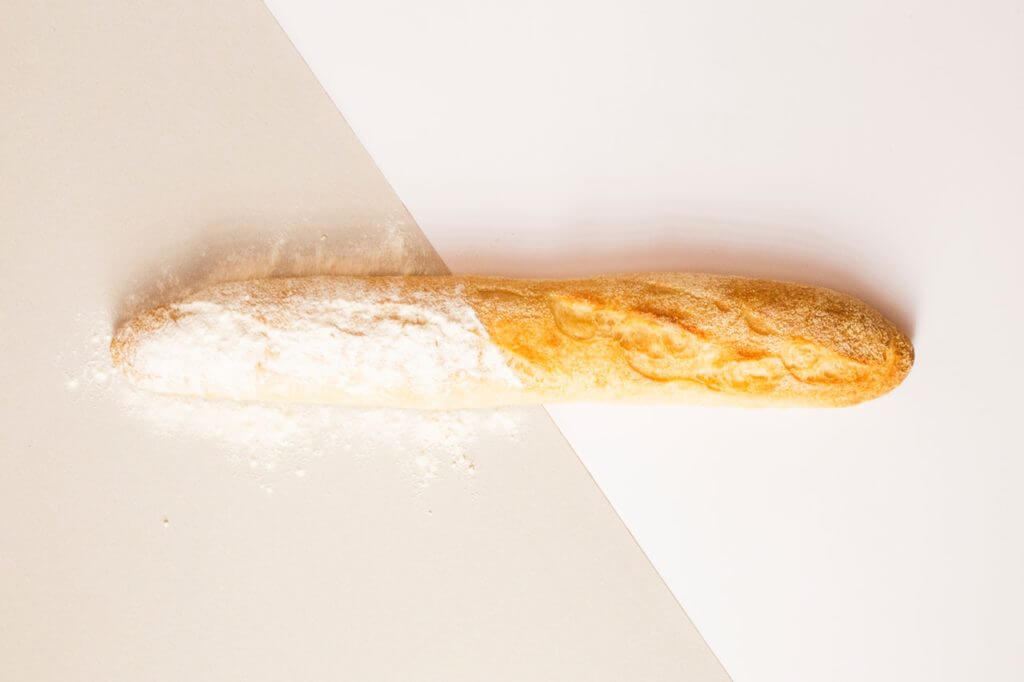 When I first went vegan, I thought that bread was off the table.

Doesn’t it always have dairy in it? Eggs, or milk, or something?

Then I learned about sourdough bread, which turns out to almost always be vegan.

So much so, that if you see sourdough bread at a restaurant, I would think that it’s safe to order.

White bread, on the other hand, typically isn’t vegan. It usually has dairy ingredients of some kind.

A typical sourdough loaf has the following ingredients: 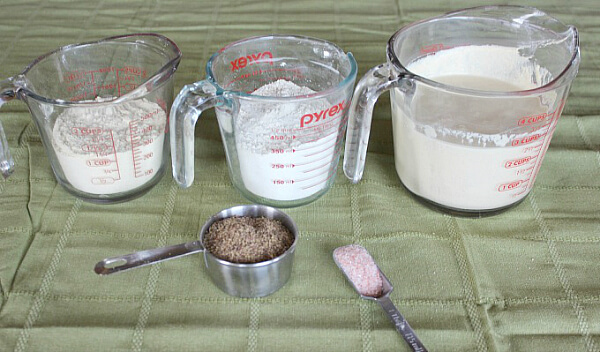 Bacteria and yeast are perfectly fine for a vegan, so yes, sourdough bread is usually vegan friendly.

Most sourdough bread only has a few simple ingredients, all of which are clearly vegan.

Non-Vegan Ingredients to Look Out For

Keep in mind that not all sourdough bread is vegan, even though most of it is.

I would still advise you to check the label or ask the baker before buying, because in some cases milk is added to the sourdough starter.

In addition, mono- and diglycerides, which may or may not be vegan, are occasionally added as well. These can come from plant or animal sources, it depends on the manufacturer.

While it’s not incredibly common, some store-bought sourdough bread does have non-vegan glycerides or milk in it, so double-check if possible. 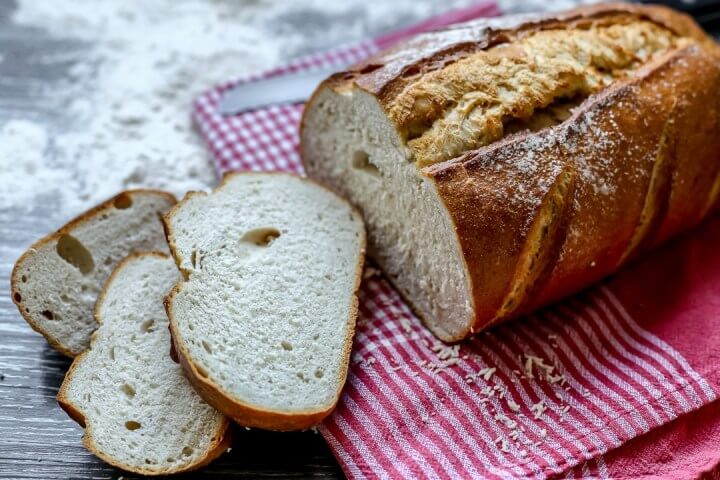 While it might seem intimidating at first if you’ve never made bread before, it’s pretty simple to do, and incredibly cheap.

You can either try to buy a sourdough starter (online, at some bakeries, or in some specialty grocery stores), or make your own. It takes a bit of work at first, but then you can use that starter indefinitely to make bread.

Once you have your starter, you just mix it with a few other ingredients, roll it out, and cook it. Here’s an easy sourdough bread recipe with specifics.