I always thought that Sweetex was just a sweetener.

It turns out that there’s also a Sweetex shortening used for baking – a very different product.

I went ahead and looked at whether each Sweetex is vegan friendly or not, so just go to the section you’re interested in. 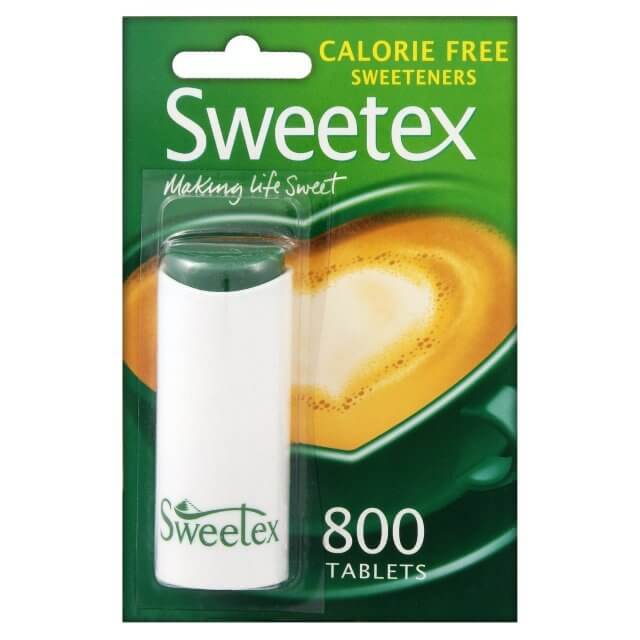 It’s made of sodium saccharin, a sweetener that’s about 300-400 times sweeter than sucrose (so you don’t need much).

While sodium saccharin is produced in a “lab” setting without using animal products, the issue is the other ingredients in the tablets.

Besides the artificial sweetener, there are anticaking agents:

The only ones who know if Sweetex is actually vegan is the manufacturer themselves. Unfortunately I haven’t been able to find a clear answer about this anywhere.

Therefore, I’d assume that it’s not to be on the safe side.

While Sweetex might be vegan, there’s a good chance that it isn’t because of the stearic acid in the tablets.

There’s also a Sweetex shortening product that I came across when researching this post.

Partially Hydrogenated Soybean and Palm Oils with Mono- and Diglycerides.

The palm oil is potentially an issue for strict vegans, but the bigger worry might appear to be the mono- and diglycerides.

I’ve written a detailed guide on whether or not mono- and diglycerides are vegan if you’re interested. Long story short: they can come from animal or plant sources.

In this case, I was able to find a PDF from 2015 that claims there are no animal products in Sweetex shortener:

While it’s possible that they changed suppliers since then, it’s pretty likely that it still doesn’t contain any animal products.

So if you’re okay with palm oil, consider Sweetex shortener to be vegan.

Otherwise, try to find an alternative.