Taurine used to never be vegan, but now it often is when you see it added to foods.

This one’s going to take an explanation to understand.

First, taurine only is found naturally in fish and meat. Plants do not make it.

However, it’s not essential for human health, and the human body can produce it as needed. It’s considered a “semi-essential” amino acid, but it’s not used to form proteins.

Taurine levels are lower in vegans, but there’s no evidence that there are any negative healthy effects from this.

How Modern Taurine is Made 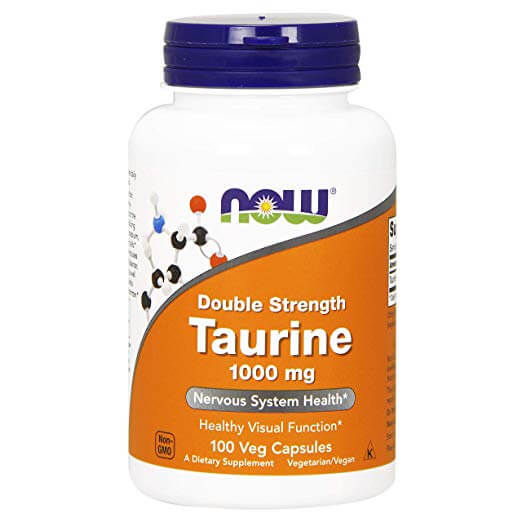 The earliest recorded discovery of taurine was in bull bile.

Obviously you can only produce so much taurine if you relied on a source like that.

While it can and sometimes does come from other animal sources, most taurine is synthetically made.

It’s a relatively simple chemical process and can be scaled up easily for commercial use.

A lot of taurine added to packaged foods is vegan, however some comes from animal sources.

It’s pretty safe to assume that it’s vegan if you see it in something like energy drinks.

If you want to be sure, or more confident, that the taurine is vegan friendly, contact the manufacturer and ask them directly.