Trident definitely doesn’t make any gum that is vegan on purpose.

But many gums are vegan by accident.

I spent about an hour going through all the ingredients of different Trident product lines and flavors to see if any were vegan.

I’ll walk you through the results in this post.

A few of the gums are clearly not vegan because they contain gelatin.

On top of that, every single Trident gum product has a few ingredients that may or may not be vegan. This includes:

I’ll tell you right now, there’s no Trident gum variety that I’m confident is vegan. If you want to take a risk, that’s your call. 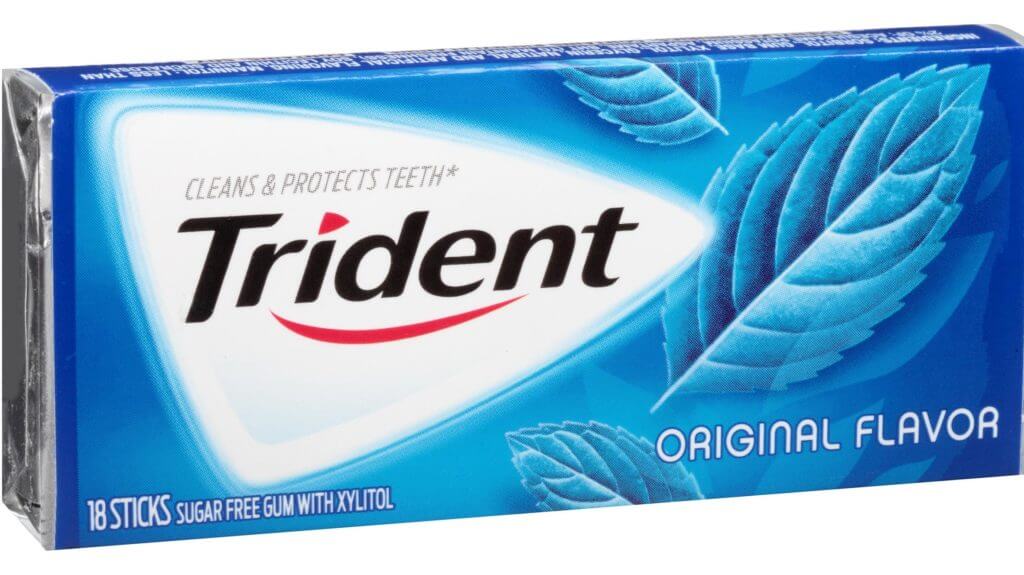 All the standard Trident flavors and sugar-free flavors have the same base ingredients.

On top of that, there are artificial colors in the non-mint flavors.

Verdict: I can’t be certain, but none of the original Trident line is likely vegan. 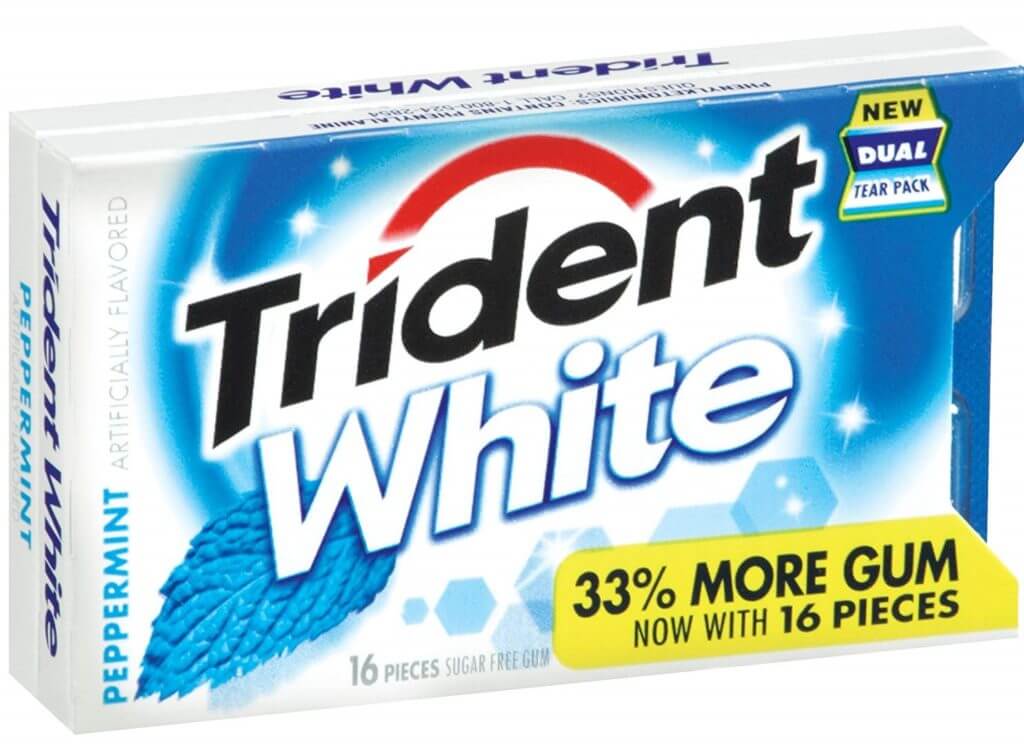 All Trident White flavors have similar ingredients to the original product line.

Not surprisingly, they also contain:

Plus artificial colors in most flavors.

There’s also sodium stearate, which is possibly vegan (can come from plants or animals).

Verdict: I can’t be certain, but no Trident White flavors are likely vegan. 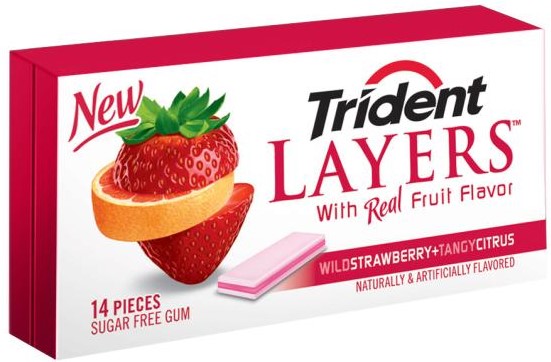 Trident layers is even worse than the other product lines, because most flavors contain gelatin, which definitely is not vegan.

On top of that, there’s the standard base ingredients of the other product lines:

Verdict: Trident Layers is not vegan.

Trident Splash is more similar to Layers than the original line.

It has gelatin in most flavors, although a few like splashing fruit sugar free uses pectin instead of gelatin.

Verdict: Trident Splash is not vegan.

Verdict: It Doesn’t Seem Like Any Trident Flavor Is Vegan

If any varieties are accidentally vegan, it would be the mint varieties of the original Trident line and Trident White.

That being said, I think there’s a very low chance that any flavors are vegan-friendly.

I would recommend finding a clearly vegan gum, or trying another popular brand like Orbit that likely has some vegan gum flavors.