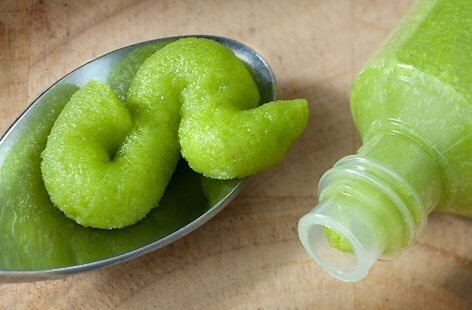 While some wasabi is vegan, some is not.

If you look at enough wasabi in different stores, you’ll find some that have egg whites in them, and some even have lactose (from dairy) added to them for some reason.

Truly authentic wasabi is sometimes made by grinding the root against sharkskin even, although if you live in a western country, you probably won’t run into this kind.

So while some wasabi is vegan, some is not.

Is It Safe to Assume That Wasabi at Sushi is Vegan?

It comes down to how much of a risk you’d like to take.

Unless you can see the ingredients label yourself, I’d pass on it. Your vegan sushi will be good enough without it!

However, there’s also the annoying issue that you’ll often be given wasabi paste even when you don’t ask for it. If you forget to ask them not to bring it, or they bring it anyways, you could argue that it doesn’t matter if it has dairy or not, it will go in the garbage if not eaten.

It’s probably not the worst thing to take a risk on, but you’ll have to decide that for yourself.

Where Can You Find Vegan Wasabi?

A lot of Asian grocery stores sell wasabi that happens to be vegan.

You can also find vegan wasabi brands like Biona online. 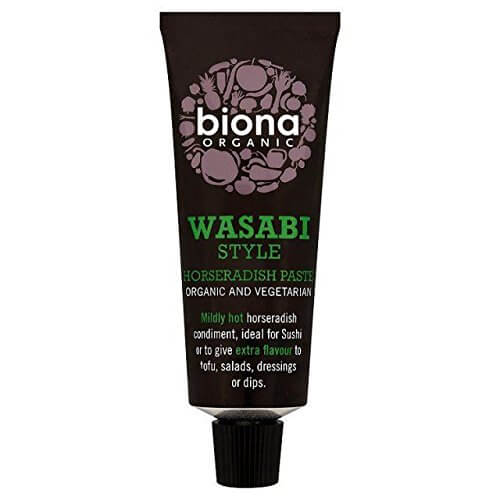 Even though it only says suitable for “vegetarian” on the product itself, it’s clear that there’s no dairy in it if you look at the ingredients list:

Those are all plant-based ingredients, and I don’t any that wouldn’t be vegan friendly.

Just check the ingredients label carefully if you’re buying wasabi from a grocery store. In particular, look out for egg products and lactose.