Verdict: Wonder Bread is not vegan.

White Wonder bread used to clearly not be vegan.

It contained whey, which is a dairy byproduct in the cheese-making process.

But at some point in the past few years, the ingredients seems to have changed, and there’s no longer any whey in it.

That doesn’t necessarily make it vegan, but there are no longer any obvious animal products in it. 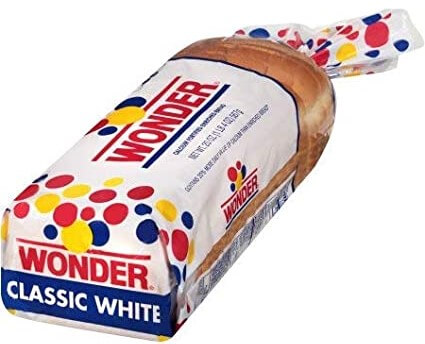 Here’s the list of ingredients in classic white Wonder bread (I’ve highlighted the ones relevant for vegans):

Most ingredients are clearly vegan, but there are a few that may or may not be vegan:

The only ones who know what these ingredients were made from is the manufacturer. It seems that at least one of them contains dairy based on the ingredients label (the last line).

Verdict: Wonder Bread Is Not Vegan

I’ve requested additional information from Wonder Bread multiple times, and will update this page if they get back to me.

However, they haven’t so far (and I don’t really expect them too).

So while we don’t know exactly where the dairy comes from, we know that white Wonder Bread (or other varieties) is not vegan.