There are some vegan alternatives to food that still aren’t very good.

JUST Egg started showing up in local stores, and I have to say that I’m impressed by it. While it’s been years since I’ve had real eggs, I don’t think there’s much of a difference in the taste or texture.

Beyond taste, we can also compare the nutritional value of both foods, since eggs are traditionally known to be a fairly healthy food. 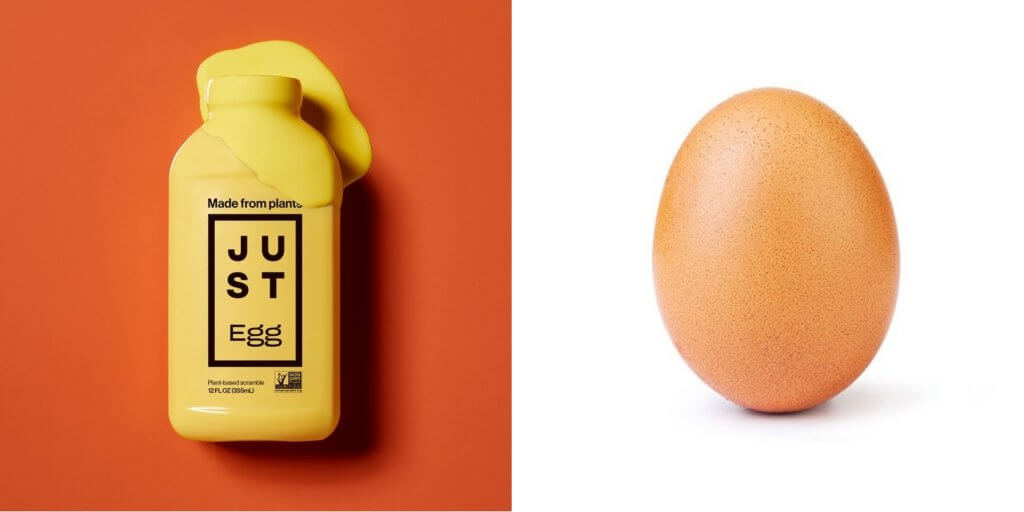 To start with, let’s compare the macronutrients of both foods.

A serving of JUST Egg is 3 Tbsp (44 mL or about 50 g). The table below shows nutritional data for a 100 gram serving of either food.

The macronutrient profiles are quite similar.

However, eggs do have more protein and fiber.

While both egg products have a similar amount of fat, the composition of that fat is slightly different. I’ve also included cholesterol in the table below.

Research around saturated fat and cholesterol is so conflicted that I’m not going to comment about whether one of these profiles is actually better than the other, but I still wanted to include the information here.

Obviously we don’t have the full nutrition data for JUST Egg available, but it’s pretty safe to assume that they’d include any vitamin or nutrient on the nutrition facts label if there was a lot of it.

The table below has a general RDA just to make comparison easier, but it’s pretty clear that actual eggs have way more vitamins and minerals.

In terms of RDA, just 100 grams of eggs has a significant portion of choline, phosphorus, vitamin A, and potassium.

Just egg has a bit of iron, but that’s really it according to the nutrition label.

Which is Healthier: JUST Egg vs Eggs?

Which food is healthier will depend on who you ask, but here’s a summary of why you could argue for either one.

Let me expand just a bit on the above.

While saturated fat and cholesterol have been demonized in the past, a lot of that research was funded by sugar manufactures. Current research shows that the dangers of dietary cholesterol are likely overblown.

In regards to JUST Eggs being processed, have a look at its ingredients list:

While the vast majority of it (98%+) is mung bean protein and canola oil, there are several flavoring and coloring ingredients as well.

One final consideration is that animal products in general are worse for the environment than plant-based alternatives in most cases.

According to the JUST website, compared to real eggs, JUST Egg uses:

While that’s not the least biased source, it’s clear that JUST Egg is much more environmentally friendly and sustainable as long as those numbers are even remotely accurate.