While they do look similar, lima beans are not the same as edamame.

Edamame only looks green because they are immature soybeans, while lima beans are a completely different type of bean.

We’re going to look at the other differences between these two legumes in this short post.

Taste of Lima Beans vs Edamame

Other than being a similar size, each bean does taste different:

One thing to note is that you can overcook most beans and it’s not a huge deal, but overcooking lima beans makes them quite bitter.

Can I Use Lima Beans Instead of Edamame? 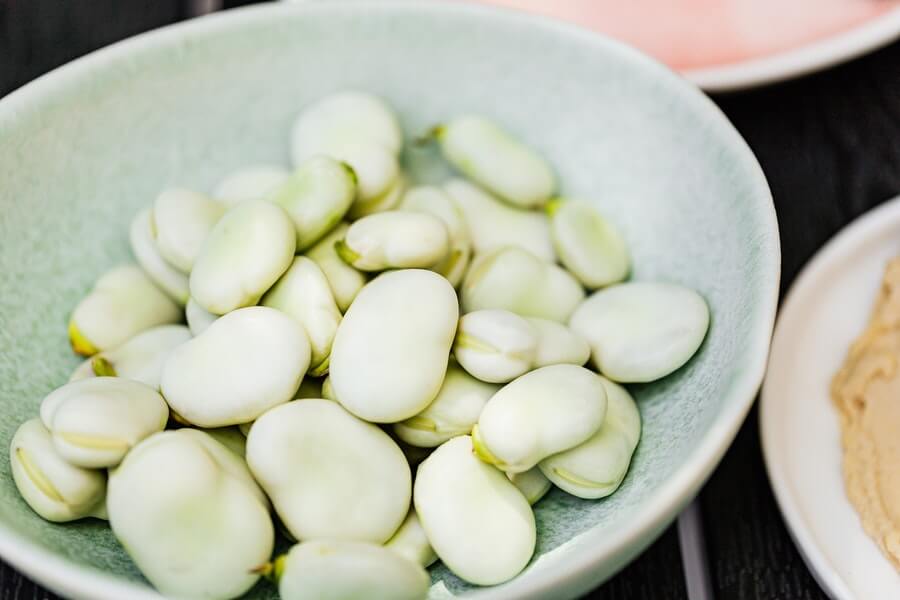 You can substitute lima beans for edamame in most recipes, they are the best substitute for each other among beans. Other potential substitutes in a pinch include green peas and fresh fava beans.

Soybeans are a unique bean in terms of nutritional value, so it follows that edamame should be as well.

I’ve compiled the most important nutritional information for both lima beans and edamame below per 100 grams of cooked beans (just over 1/2 cup).

There are some big differences between these beans when it comes to the main nutrients in food:

While both have some sugar, which is why they both have a slightly sweet flavor, there are some big differences:

If you’re on a plant-based diet and struggling with eating too many carbohydrates and not enough protein, it would make sense to switch to edamame whenever possible.

Now let’s take a look at the other nutrients in these legumes.

I’ve included a column for the general RDA of an adult just for reference and to sort the nutrients in order. Note that your specific RDA may be slightly different.

Overall, both lima beans and edamame have very similar micronutrient profiles. Edamame has significantly more folate and vitamin K, but that’s the only major difference.

Aside from those, each bean has a great variety of vitamins and minerals and is a healthy addition to most diets.

What Are the Differences Between Lima Beans and Edamame?

The biggest difference between lima beans and edamame is the macronutrient profiles. Edamame is much higher in protein and fat, while being much lower in carbohydrates.

Other than that, they taste more similar than different, and even the vitamins and minerals in each are similar.

So if you really need to get more protein or fewer carbohydrates, prioritize edamame, otherwise it doesn’t really matter which legume you include more of in your diet.

Are Lima Beans or Edamame Better for Building Muscle?

Edamame is better than lima beans when it comes to building muscle, whether you’re a bodybuilder or just looking to get in a bit better shape.

Edamame has almost twice as much protein per serving, which is the most important nutrient for muscle synthesis.

In addition, soybeans have the strongest amino acid profile of all beans, which isn’t a huge deal, but it’s a positive aspect if anything.

Are Lima Beans or Edamame Healthier?

Both lima beans and edamame have a similar amount of calories, fiber, and vitamins and minerals.

I’d say that edamame is slightly healthier due to having more protein, which many people struggle to get as much as they’d like. However, both are healthy vegetables that most people should try to eat more of.

There are some people that are afraid of eating too much soy, but research has shown that soy does not raise estrogen levels unless you’re consuming an insane amount of it.