Anything “natural” typically has a good chance of being vegan.

Some Nature Valley granola bars are clearly not vegan, but some might be depending on how strict your definition of veganism is.

I’ll go over the potential problem ingredients in each flavor of the popular “crunchy” bar line, and you can decide for yourself.

Before we get to the ingredients in each individual flavor, you may need some background information on why some ingredients may not be vegan:

Which “Crunchy” Flavors Are Vegan? 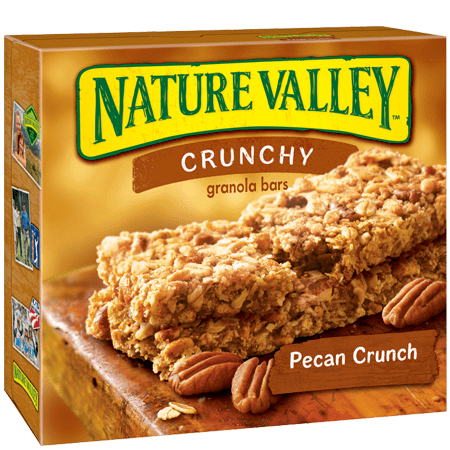 Of the 11 flavors, 4 have honey and are out for vegans, but the rest deserve a closer look:

Every single bar has sugar in it, which is the main problem for me.

Ultimately, it comes down to the risk you want to take.

If you’re willing to take a risk on the sugar and natural flavors not being vegan, there are quite a few options for you:

Unfortunately, no Nature Valley granola bars are clearly vegan, so you’d be better looking at something like Clif bars (many Clif bars are vegan) instead.

Even KIND bars are better, with a few flavors that are vegan.