Navy beans and black beans are both on the small side and have similar nutritional value, but they have some big differences as well.

This short head-to-head comparison will help you decide when you should prioritize black or navy beans in your diet.

The biggest difference between navy and black beans is the taste, they typically go in different types of recipes.

Can I Use Navy Beans Instead of Black Beans? 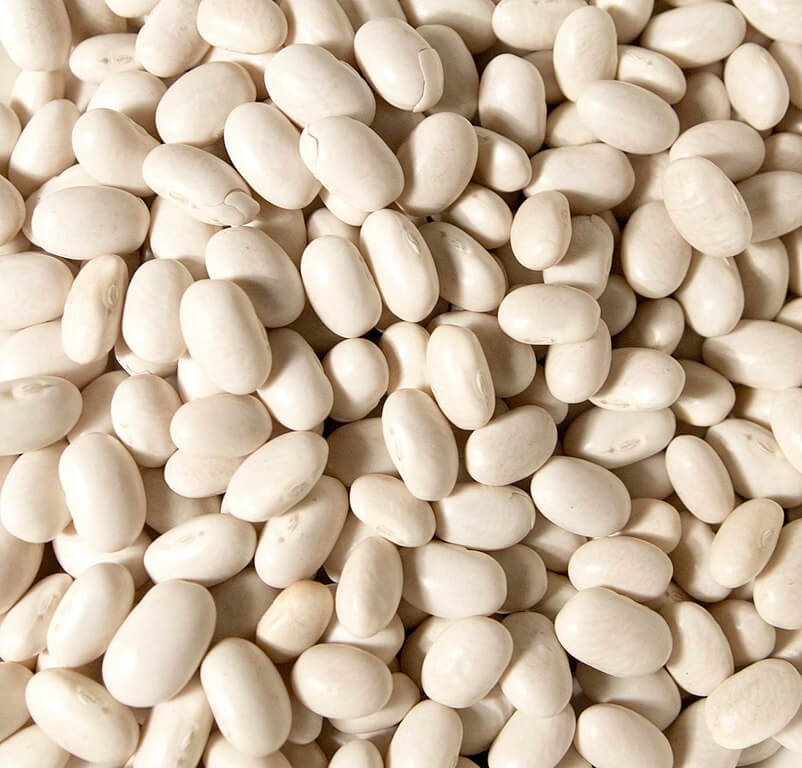 Navy beans and black beans should not be substituted for each other in almost all recipes. Both their texture and flavor are quite different, which suits them for different types of meals.

Better black bean substitutes include kidney or pinto beans, while navy beans can be substituted by other popular white beans like great northern beans.

While there are a few exceptions, most beans have a similar level of nutrition.

The nutrition data below for navy and black beans is per 100 grams of cooked beans (just over 1/2 cup).

Let’s start with the main macronutrients:

The profiles are almost the same with a few minor differences:

Even if you eat 2-3 cups of one of them, it won’t result in too big of a difference for these 2 beans.

Now let’s see if there are any big differences in the vitamins and minerals in each bean.

I’ve only included data where there was at least 5% of the RDA for an adult from at least one of the beans. Nutrients are sorted from highest percentage of the RDA to the least.

Once again, the profiles are almost identical.

The only significant difference is that navy beans are higher in calcium, but neither bean has a ton of calcium to begin with.

What Are the Differences Between Navy Beans and Black Beans?

The biggest difference between navy and black beans is the taste. Black beans have a really typical bean flavor, while navy beans have a much milder flavor and creamy texture.

In terms of nutrition, they have very similar nutritional profiles.

The biggest takeaway from this comparison is that navy beans and black beans are both healthy foods that you should incorporate into your diet when you can. Since they are suited for different types of recipes, this allows you to get a lot of variety.