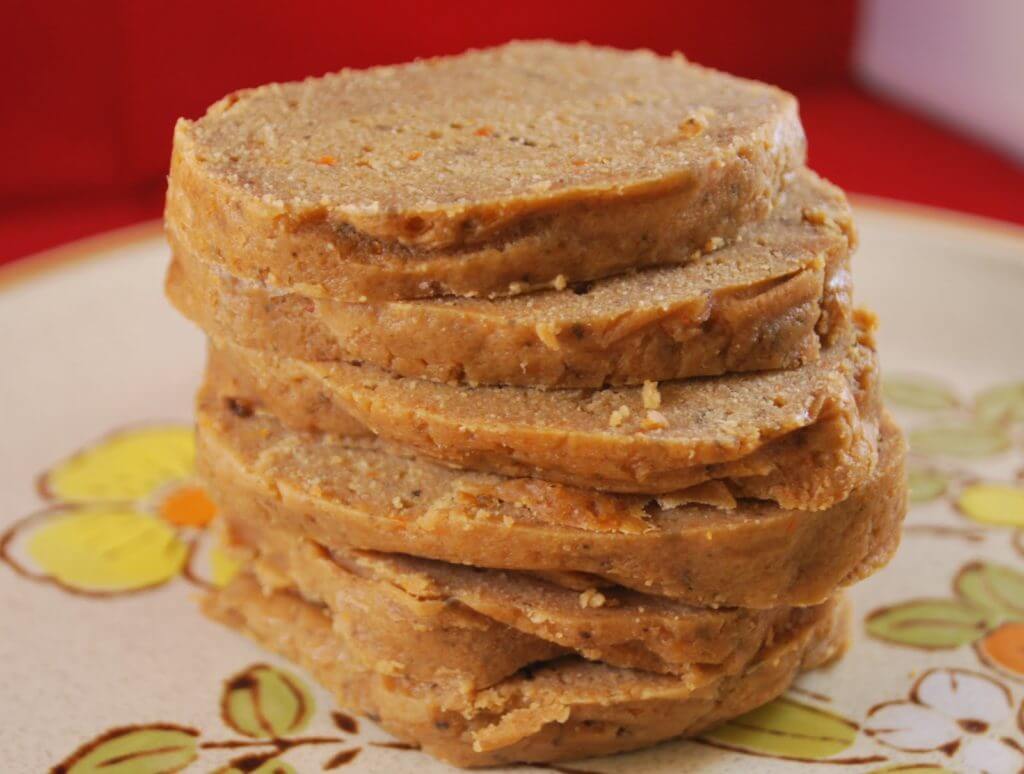 Vital wheat gluten is a great protein source for vegan athletes and bodybuilders, as long as they aren’t gluten intolerant or have a wheat allergy.

It has similar macros to vegan protein powder, and yet tastes really good in seitan recipes.

For those who are missing a “meaty” texture, seitan can fill that role.

If this isn’t the first page you’ve gone to looking for seitan’s amino acid profile, it’s because there isn’t a single profile. The term “seitan” is the name of the meal, not a particular ingredient.

It’s main ingredient is vital wheat gluten, but it also can contain several other ingredients.

But the majority of protein in seitan will be from the wheat gluten, so we can look at the amino acid profile of vital wheat gluten instead.

That’s also hard to find, but I found a study with the data we need.

You can read that study yourself, or just see the table below with the relevant data from it.

Vital wheat gluten has a relatively high amount of every essential amino acid except for lysine.

With a 100 gram serving, you exceed the RDA (for a 70 kg person) for all essential amino acids except lysine. Wheat gluten happens to be one of the best vegan sources of tryptophan.

However, the lysine is relatively low, it takes about 2 (big) servings to get the RDA for it.

Is Seitan a Complete Protein?

The whole concept of a complete protein is a bit of a mess, since you don’t need to consider foods in isolation in most cases.

But, if you only ate vital wheat gluten, or use it as a primary protein source, it’s pretty clear that most people won’t get enough of all essential amino acids.

But you add other ingredients to vital wheat gluten to make seitan. Here’s a more detailed post on if seitan is a complete protein.

What About Other Protein Sources In Seitan?

Many recipes include chickpea flour or nutritional yeast.

Well, it just so happens that chickpeas (and other legumes) are some of the best plant sources of lysine. They are low in methionine, but gluten has tons of that, so they’re a good combination.

It’s hard to find an amino acid profile for nutritional yeast, but I eventually tracked one down (3):

Depending on how much nutritional yeast or chickpea flour you add to your recipe, your seitan may or may not be “complete,” but it should be pretty close.

You may also enjoy my comparison of seitan vs tofu vs tempeh, where we put the three plant-based protein sources head-to-head.

Finally, there’s more to seitan than just the amino acids, so see this page of seitan nutrition facts.