Selenium is a mineral that is highly linked to cognitive performance.

Research has shown that selenium deficiency is linked to cognitive decline in the elderly, although there may be other aspects involved as well.

Regardless, you need selenium to be healthy, and it’s much harder to get on a vegan diet than one with animal products.

The RDA for selenium for male or female adults is 55 mcg (µg). 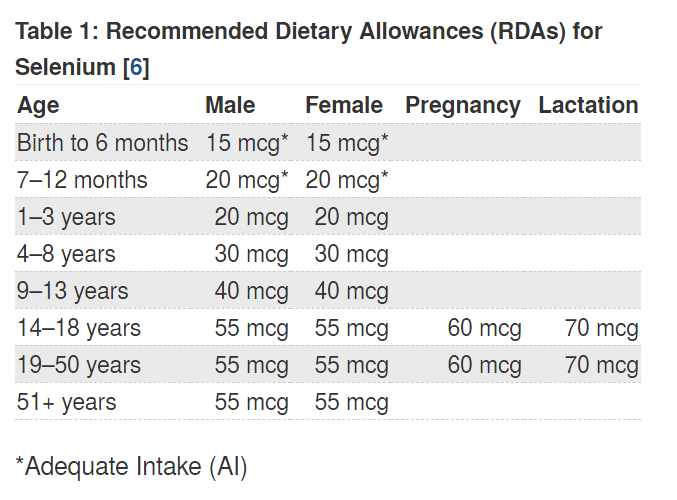 The Best Vegan Sources of Selenium Per Serving

Brazil nuts are the best source of selenium of any food, and you shouldn’t actually eat them in a large quantity as it can lead to acute selenium toxicity.

**For some reason, my data for oats didn’t include selenium. According to another source, oats have about 23 micrograms per cup, making them one of the best sources of selenium as well.

Selenium is mainly found in grains and seeds.

Certain nuts and seeds, like sesame seeds and cashews also have a decent amount of selenium.

Aside from brazil nuts, you’ll need multiple servings to reach the RDA.

The Best Vegan Sources of Selenium Per 100 Calories

Brazil nuts are hands down the best sources of selenium.

But for the rest, you may want to prioritize certain sources over others if you’re counting calories.

Instead of looking at how much selenium is in a single serving, let’s look at how much you get per 100 calories of each food.

Brazil nuts are still at the top, even though they’re quite caloric dense.

But aside from that, a few other sources jump up near the top of the list:

These foods, on top of the others on this particular list, will help you get as much selenium as you need while keeping your overall calorie intake down.