There are some foods that vegans need to go without a good alternative to, but butter is not one of them.

I literally can’t tell the difference between a good vegan butter and dairy butter that I had in the past.

I’ll go through all the best vegan butter alternatives in this post, from best to worst.

The Best Alternative: Store-Bought Vegan Butters or Make Your Own

When I first went vegan, I found a few different “vegan” or “plant-based” butters around the vegetarian section of most grocery stores.

The most popular brand is probably Earth Balance, who makes butter spreads in a few different flavors. 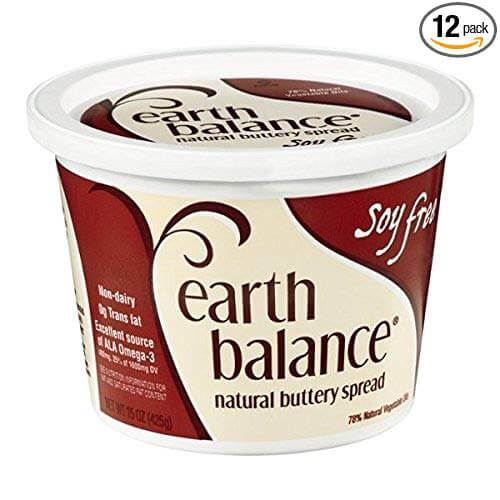 They can be used when baking in place of butter in recipes, on toast, or in anything else that typically calls for butter.

Do You Consider Palm Oil to Be Vegan?

Unfortunately, Earth Balance does use palm oil, and for this reason alone you may not consider Earth Balance products to be vegan. Those linked posts will expand on the issues with palm oil if you’re interested in learning more about the controversial ingredient.

Personally, I avoid palm products, even ones that are labelled “sustainable” like Earth Balance uses.

Instead, buy a vegan butter with palm oil, or make your own vegan butter (I make my own butter and vegan heavy cream).

How to Make Your Own Vegan Butter

While a bit intimidating at first, it quickly becomes easy, takes about 20 minutes, and works out to something like $1 a batch.

This is the best guide to a spreadable vegan butter you’ll ever find, I made several different DIY recipes before finding it, and it’s my go-to recipe now. 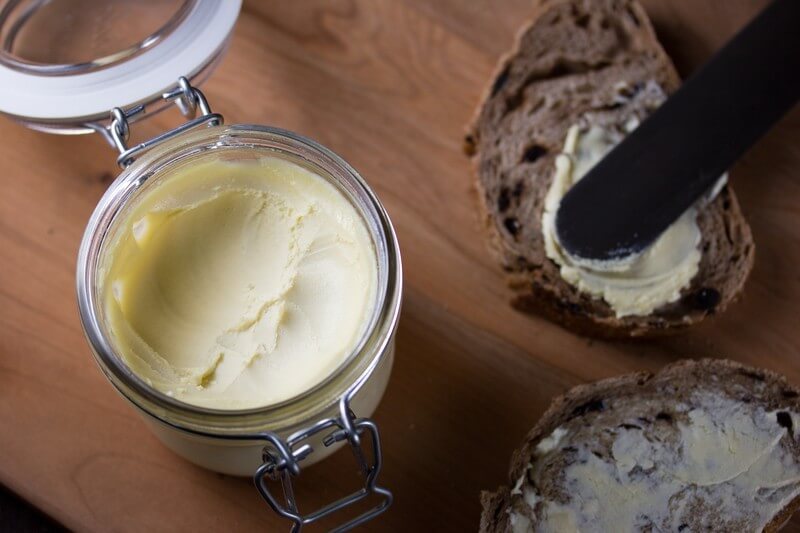 If you look at vegan butter recipes, the good ones at least, you’ll see that they mainly consist of:

In most recipes, you can substitute butter or vegan butter for either or these oils in a 1:1 ratio.

If you’re just used to using butter as a spread on bread, toast, or some other grain, consider trying something new.

The best part of going vegan for me has been trying new foods and loving some of them.

Try out other common spreads with similar textures like nut butter (peanut, almond, cashew, etc.), or even a hazelnut spread.

It will of course change the taste, but not in a bad way.