It drives me nuts that “vegan” companies like Earth Balance use palm oil in their “vegan” butters.

I’ve written to them about it and received no response.

But you and I both know that palm oil is not eaten by many vegan for ethical reasons.

Unfortunately, it’s fairly hard to find a good vegan butter without palm oil. Most common “natural” and plant-based brands like Country Crock have palm oil in them. Every margarine I’ve looked at has palm oil in it as well (sometimes hidden within “vegetable oil”).

I’ve spent quite a bit of time looking and evaluating different options. I’ll sum them up here for you in this post.

My preference is to make my own, so I’ve included 2 vegan butter recipes at the end, but there’s also a few commercial products you might be able to find. 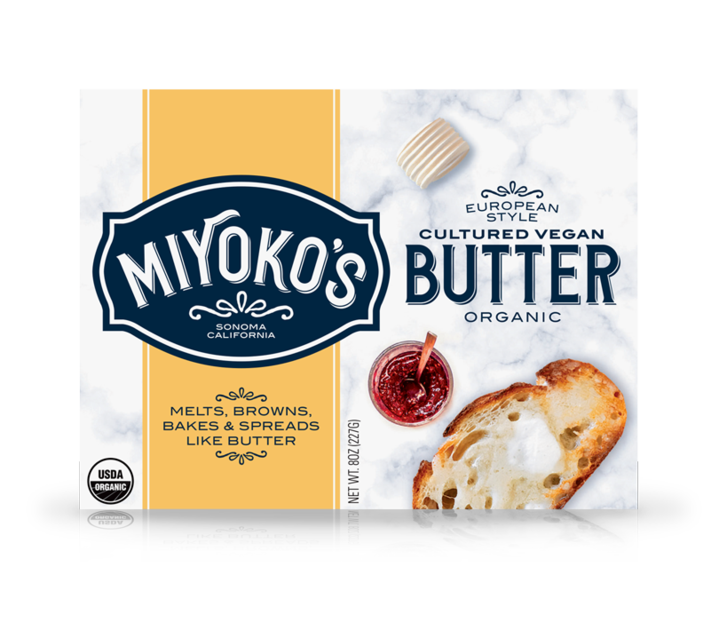 Miyoko’s is known for having amazing vegan cheese, but their butter is top-notch too.

It doesn’t have any palm oil, and and is very similar to real butter.

The only issue is that it’s hard to find in most places, and like all their products, is quite expensive.

Naturli’ is a company that primarily sells their new palm oil free, vegan butter in the U.K.

You can find it at most major grocery stores, and hopefully you can order it online soon. It’s your best bet if you live anywhere in Europe as far as I’ve found. 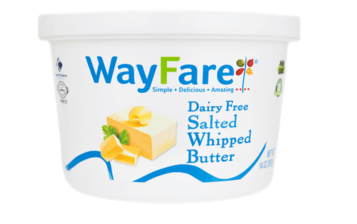 Wayfare is a good option if you live in the United States.

You can order online and they’ll ship it to you. 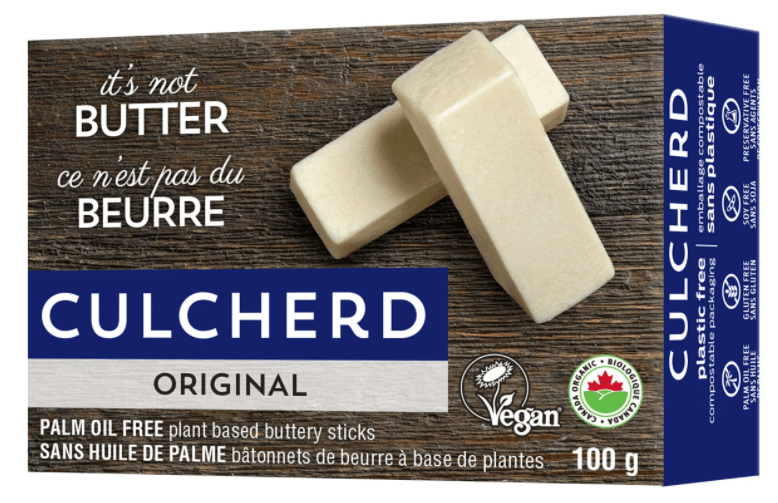 This is a Canadian brand, and while it’s easily found in Canada, it hasn’t expanded (yet) to the U.S. or overseas, however, they do ship to the States if you’re willing to buy online.

It’s based on coconut oil, sunflower oil, and cashews. While a little on the expensive side, it tastes really good, and it even says “palm oil free” on the box, which shows the people behind the product share similar values. 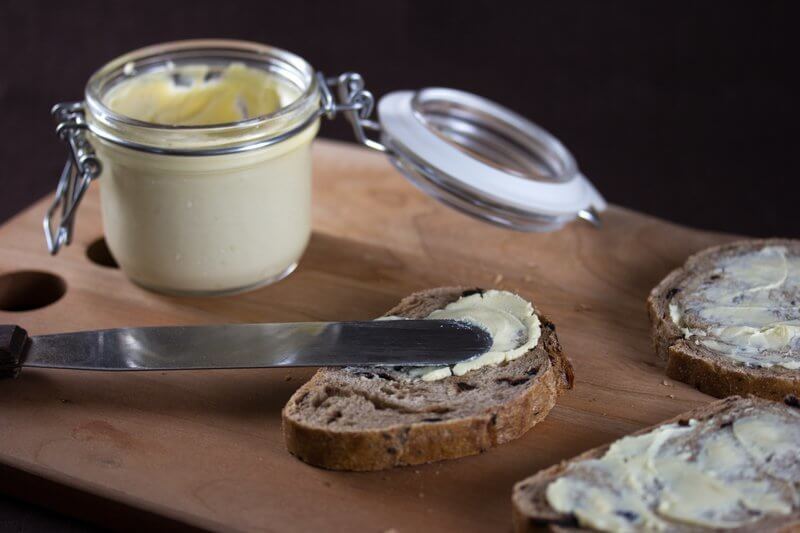 This is my go-to vegan butter recipe, and the one I make pretty much all the time now.

It’s very similar to the taste and quality of Earth Balance, but no palm oil needed. It’s also very cheap and easy to make.

It’s a bit of a pain to get all the ingredients the first time as there are some uncommon ones, but once you do they’ll last you a long time.

The guy who made this recipe seems like a butter genius who’s done a ton of experimentation on vegan butter, and this was one of his winners. I don’t think you’ll really find a better quality one. 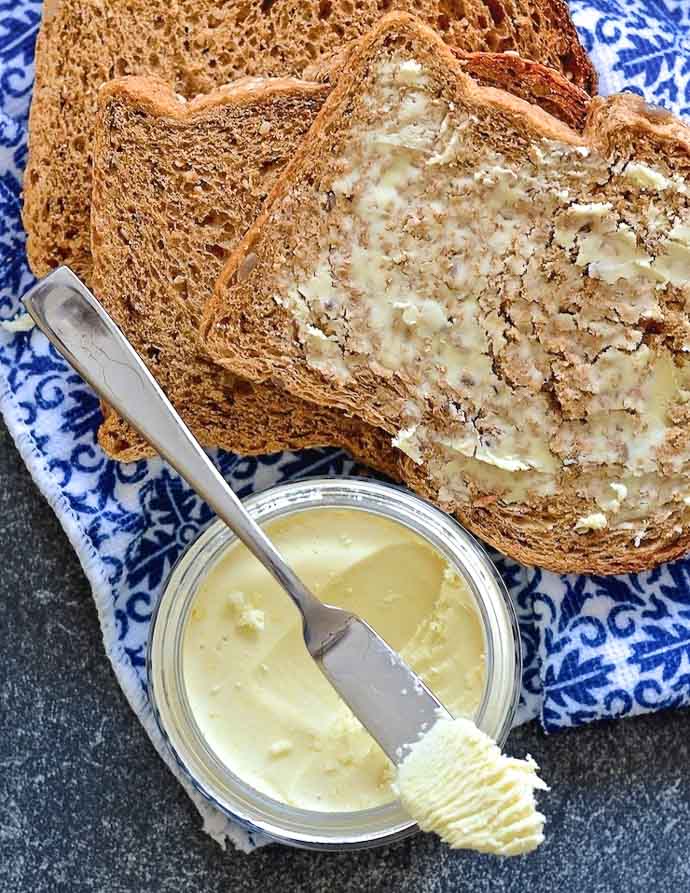 When I initially didn’t have all the ingredients for the above recipe, I went with this easy vegan butter.

It uses ingredients that you probably already have around, and of course no palm oil.

It doesn’t include any soy lecithin (one of those harder to find things), which means it’s not quite as smooth as ideal.

It’s still a good option, just not as good as the one above.

Note that you can use any of these butters as a vegan substitute for butter or ghee in recipes.