Note: Most medications are not strictly vegan.

But some are closer than others.

And even strict vegans often use cough medicine, which I’ll explain in more detail shortly.

Why Wouldn’t Cough Medicine Be Vegan?

There are 4 main issues that can cause a particular cough medicine to not be vegan friendly. Some of these are a bit controversial:

I’ve gone over all the top cough medicine brands below, and they all contain glycerin and some artificial colors at the very least. Again, though, the glycerin may be from a plant source, we just can’t say for sure.

So why do many vegans still use cough medicine?

The funny thing is that the active ingredients in cough medicine, usually acetaminophen and dextromethorphan, are both synthetic ingredients that really don’t need to be tested on animals anymore.

All these other issues are theoretically avoidable, and hopefully will be one day.

I’d like to go over a quote by the Vegan Society:

Veganism is a way of living which seeks to exclude, as far as is possible and practicable, all forms of exploitation of, and cruelty to, animals for food, clothing or any other purpose.

If you’re coughing up a lung, I don’t think many vegans would say it’s practical to avoid cough medicine (that’s as close to vegan as possible).

In the worst case, in terms of animal suffering, most cough medicine is very low on that spectrum.

If you don’t want to take cough medicine because of those above issues, I completely understand. In that case, your best option is to make your own.

This is the best vegan homemade cough medicine I have found. Obviously it’s not going to be as good as NyQuil or whatever, but can help ease your coughing.

Common Cough Medicines: Which Are Vegan?

Almost all popular cough medicines have the same ingredients these days.

They work really well, just aren’t necessarily the most vegan friendly for the reasons above.

Regardless, I’ll break down the ingredients that you may not consider vegan, and you can decide for yourself how you feel about them.

On a personal note, I don’t consider any of these to be vegan, but wouldn’t be against taking them when very sick for practical reasons, as discussed before.

Is DayQuil or NyQuil Vegan? 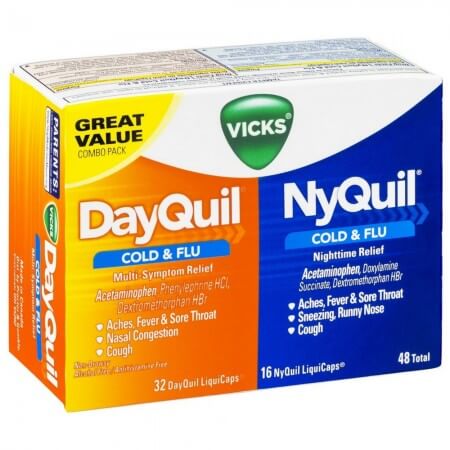 It’s pretty easy to find DayQuil and NyQuil in stores.

Here are the potential non-vegan ingredients in DayQuil to start:

Not too bad. Both “flavor” and “glycerin” could be from plant or animal sources, it’s just not specified.

In terms of artificial colors, only Yellow #6 is in DayQuil.

NyQuil has very similar ingredients, but has more artificial coloring. Again, here are the controversial ingredients:

So by strict vegan standards, DayQuil and NyQuil are not vegan. But they aren’t too far off, and you may consider them okay for practical reasons. 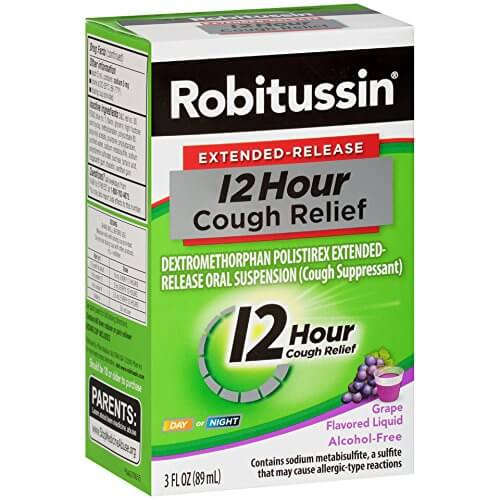 Here are the ingredients in Robitussin that are potentially non-vegan:

Again, artificial colors, which you’ll find in just about all cough syrups.

Additionally, it has glycerin and natural flavors.

Again, like the rest, Robitussin likely isn’t vegan, even if we ignore the animal testing aspect, but it’s not too far off. 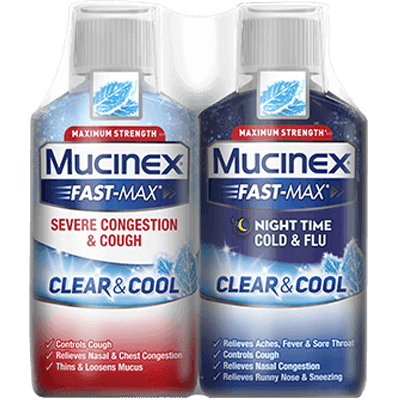 The last of the very popular cough syrups that I wanted to include is Mucinex.

It has virtually identical ingredients to Robitussin, and the list of potential non-vegan ingredients is the exact same:

In case you skipped down to this point from the start of the post, both glycerine and natural flavors can be derived from plant or animal sources. Since it’s not specified on the product, we can’t know for sure.

Artificial colors themselves are synthetic, but are frequently tested on animals. They’re fairly controversial among vegans.

With that being said, Mucinex is about as vegan as you’ll get for a cough medicine. 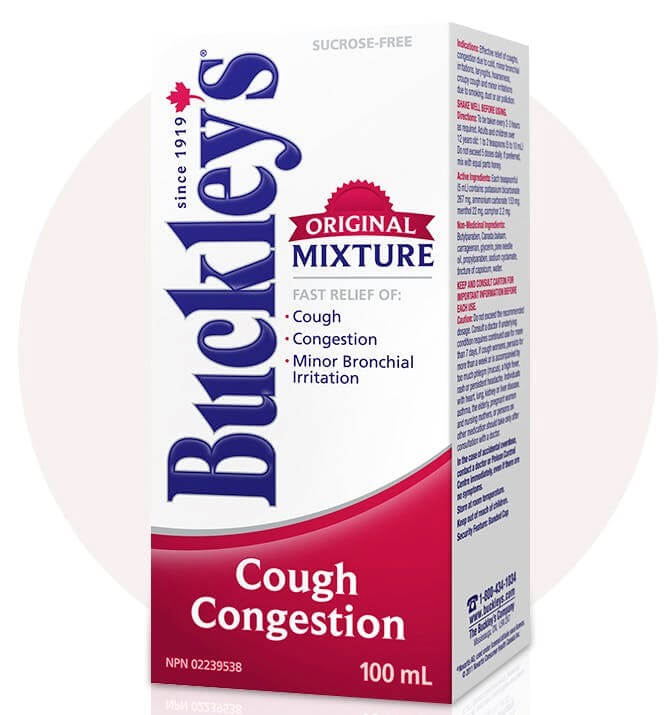 Buckley’s is mainly a Canadian company as far as I know, but still fairly well-known.

Let’s take a look at the ingredients in the Original cough syrup they make (the other varieties have similar ingredients):

The only one I’m worried about here is glycerin. It can be made from either plant or animal sources.

But other than that, the ingredients look great for a vegan, no artificial colors even.

Buckley’s cough medicine seems to be the best option for a vegan out of the ones on this page, although the glycerin may not be vegan.

Summary: Which Cold and Flu Medicine is Best for Vegans?

No easy to find cough medicine is 100% vegan friendly, and they all appear to be just about the same.

Most cough medicines are likely tested on animals, have artificial colors (which some vegans avoid), and ambiguous ingredients like glycerin that may or may not be vegan.

Since veganism is mostly about reducing animal harm whenever possible, most vegans would be okay with taking any common cough syrup above (or similar ones that don’t have honey or gelatin). It can reasonably argued that there are just no practical alternatives.

This is a pretty grey area for vegans since cough medicine isn’t mandatory (unlike medicine like penicillin), so if you’d like to discuss anything or have a question, just let me know in a comment below. I’m happy to revisit this topic.

Alternatives to Cough Medicine for Vegans

If you’re really conflicted, you can make your own cough syrup, but the effectiveness will vary depending on the recipe. It likely won’t be as effective as store-bought ones in any case.

An alternative is to look for vegan throat lozenges and cough drops, as a decent amount of those are vegan.

And a more general alternative if you’re just feeling sick is to buy something like Emergen-C. Not all Emergen-C products are vegan, but many are. Combine that with some vegan comfort food and you’ll get through your cold.