By going vegan, you’ve already eliminated many common triggers of heartburn like meat and milk (1).

However, it’s still possible to get acid reflux on a vegan diet.

I’ll go over a few of the most common reasons for it in this post, but if this is a serious recurring issue for you, you need to see a doctor. There could be an underlying condition that’s causing the problem that should be addressed.

What Causes Acid Reflux in Vegans

The formal disease, gastroesophageal reflux disease (GERD), is the result of your lower esophageal sphincter not being able to create a complete seal, which can allow stomach acid into your esophagus (2).

This applies to non-vegans as well, but we’ll look at it from the perspective of a vegan.

It can be caused by a variety of triggers, but there are 2 main reasons vegans might experience acid reflux:

Eating More Food As a Vegan

Volume is a simple one to rule out, but it’s very possible on a vegan diet.

When you go vegan, you typically eat a lot less calorie dense foods (e.g. vegetables), so you may end up eating a lot more in terms of volume.

For example, it takes 27 grams of cheese to eat 100 calories, but many times more of most plant foods to get that much.

There are 3 main ways that you can test if this is an issue for you:

It should be clear within a few days if this is a significant factor in your heartburn.

New vegans typically eat a larger volume of food than they’re used to. If this is the case, you should be able to get used to the higher volume over time, but you can manage the discomfort by eating a bit less.

Vegan Foods That Can Cause Heartburn 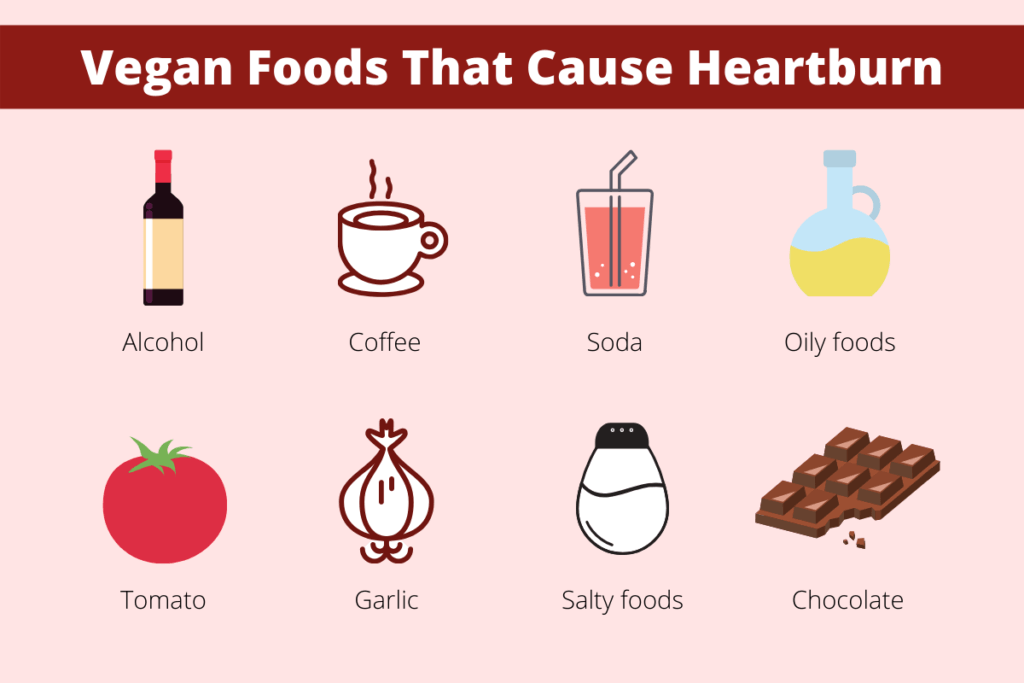 While meat and cheese are common triggers of heartburn for many people, everyone is different.

Many common acid reflux trigger foods are still vegan, and you may be eating more of those with your new diet:

However, you’ll have to consider all of them to figure out what’s causing your issues. Luckily, you’re probably only eating a few of these on a regular basis.

See if you’ve started eating more of any vegan foods on the above list that are common triggers of heartburn.

Vegan Substitutes Can Cause Heartburn

One final note to leave off on is that many vegan substitutes can trigger heartburn.

Fake meats like the Beyond Burger are really high in fat. It’s also common for people to report getting an upset stomach from eating Beyond Burgers because of this issue.

Daiya (and other fake cheeses) are also almost entirely fat. I know that if I eat too much of it I get a bit of heartburn (which is very abnormal for me).

Dealing With Heartburn as a Vegan

Heartburn is one of those problems that is usually connected to your diet.

So when you switch to a new diet like a vegan one and all of a sudden get acid reflux, it’s probably the cause.

However, heartburn is not normal on a vegan diet. You may need to just adjust to eating more, but more likely, you’ve started eating more of a type of food that triggers excess acid production in you.

If the issue gets really bad or you can’t figure out what the problem is, go see a doctor, because living with significant heartburn is not normal or healthy.

Are There Vegan Remedies for Heartburn?

It’s important to note that any home remedy for heartburn is intended for short-term use only. They can lead to harmful effects if taken over a long period.

The most common type of relief for heartburn are antacids (tablets like Tums). Most people consider them to be vegan-friendly (although artificial colors are a grey area). 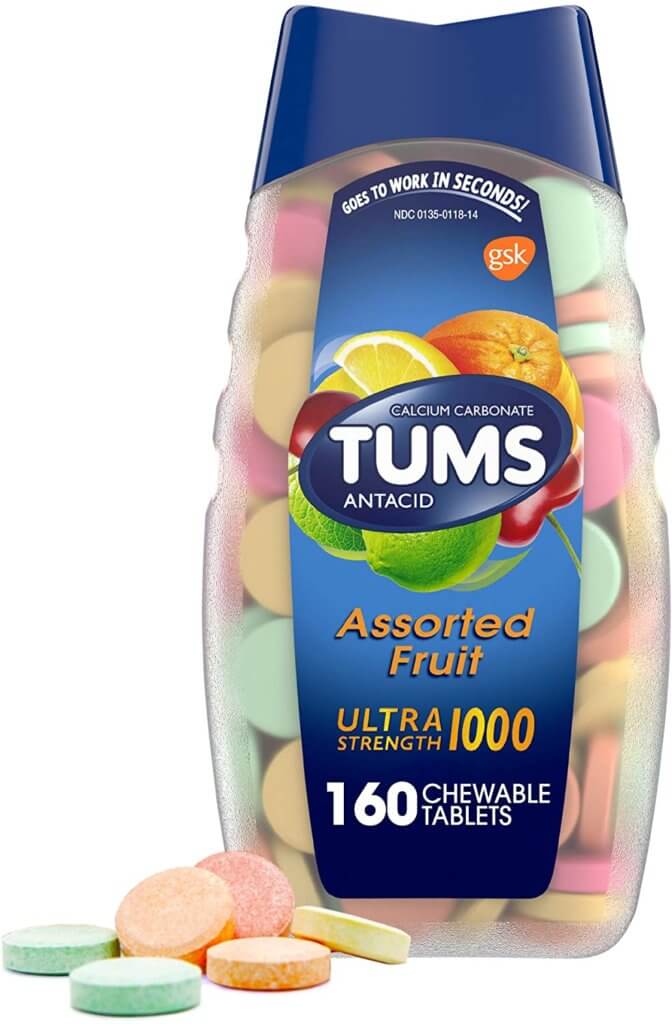 And while I couldn’t find a great source for it, it doesn’t appear that Tums are tested on animals.