This was an interesting question to try and answer.

Life is much more enjoyable (if you eat out often), it there are vegan restaurants around, or at least restaurants with vegan options.

Here’s the best approach I could come up with:

First, compile a list of the biggest cities in the United States (Wikipedia gave me a nice list of just over 300).

Then, scrape the number of results in Google for:

And finally, analyze the results.

To clear up any confusion, I scraped the number of restaurant listings along the left as shown in the picture below: 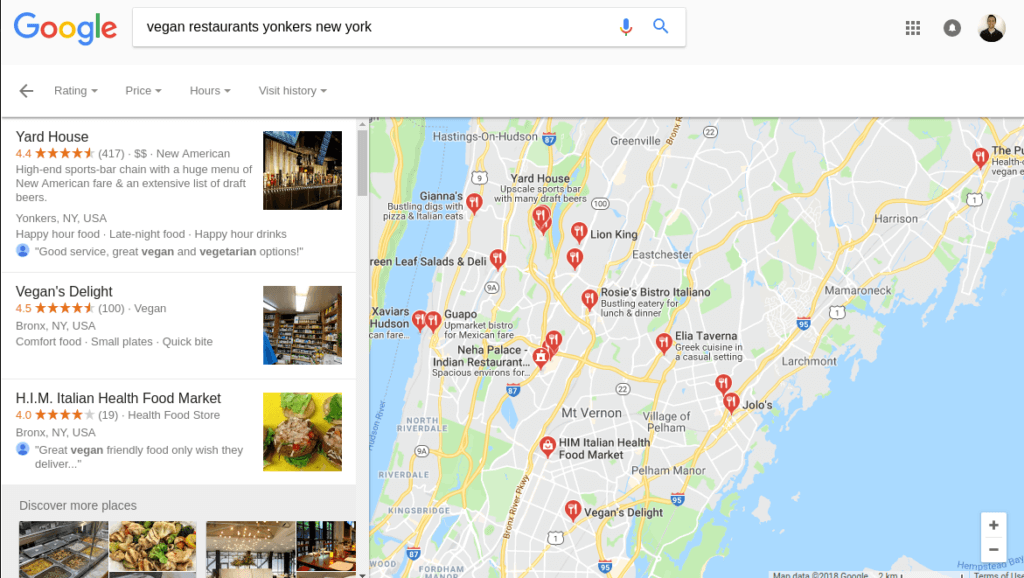 What’s considered vegan-friendly? If you actually take a look at the results for that search string for any city, it’s clear that it includes more than just vegan-only restaurants. That was my original plan, but very few cities had any, so I thought this shift in scope was more useful.

The Results: The 50 Most Vegan-Friendly Cities in the United States

You can see the number of restaurant results for each of the 300+ cities in this spreadsheet.

Below I’ve included the 50 cities with the most vegan-friendly restaurants. This is sheer quantity of restaurants, not considering the area of the city (which I’ll do afterwards).

Here’s what those cities look like when they’re plotted on a picture of the country. 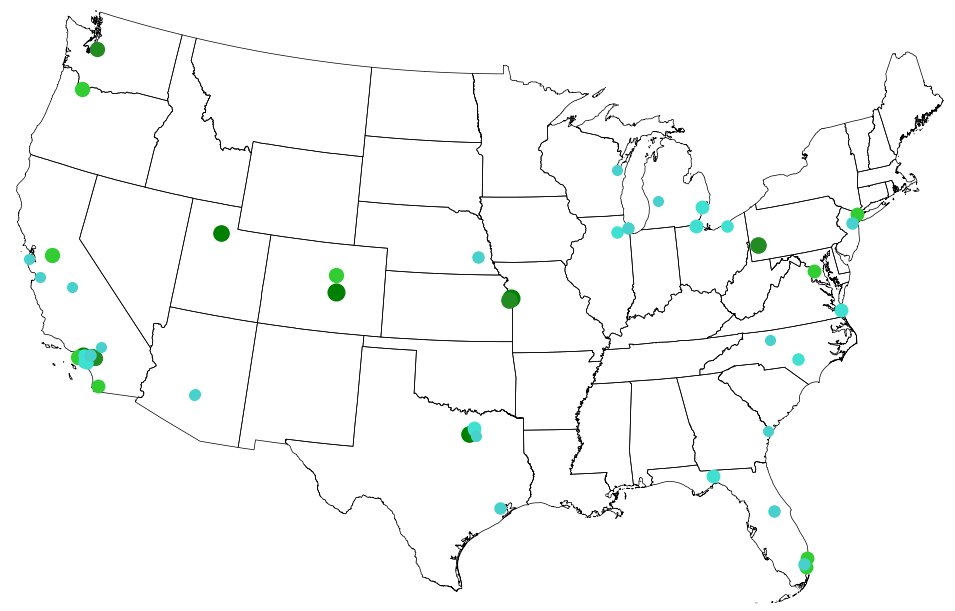 The size and color of each dot corresponds to how many restaurants are in a city.

The Best Vegan Places in the United States by Density

It’s not really fair to compare a city like Norwalk to a city like Pompano Beach, which is about 3 times bigger.

To make a better comparison, I calculated the number of vegan-friendly restaurants per square mile of each city.

That data is included in the second tab of the spreadsheet I linked above if you’d like to see the full set of data.

Here are the top 30 cities, ranked by vegan-friendly restaurants by square mile.

The results are quite different from the results looking at the quantity of restaurants.

California cities dominate the list above all the way through, with the New Jersey/New York area with a few top cities as well.

There’s 2 real clusters of cities with the most vegan-friendly restaurants:

Here’s a count of the states with the most cities in the top 50 (for quantity, not density).

In short, the coasts (both East and West) should top your list of places to visit or live as a vegan, at least if you eat out occasionally.

At the very least most people understand what a vegan diet is and it lowers your risk of accidentally being served animal products.