There isn’t a huge selection of grilling cookbooks for vegans to choose from, but I have come across some.

I’ve even found a few in my local library, worth trying if you live in a big city.

Here are the 4 best vegan grilling cookbooks in my opinion.

I’ll give you a quick summary of what you’ll find in each book, and why one book may be a better choice than the others for you.

This book was first published in 2012, and it quickly became the most popular vegan grilling cookbook – and it still is today.

There are 125 recipes in it, ranging from appetizers to sides, to main dishes, to desserts.

Basically, it has recipes for everything you’d need at a full vegan barbeque.

And the recipes themselves are of foods you may not have thought about before. You’ll get plenty of new ideas if you’re trying to get more variety in your meals.

The one weakness is that it could use more pictures.

The recipes are explained well, and there are even instructions to help you grill better, but a lack of pictures compared to other cookbooks. Not the biggest deal, but it can be important if you like picking foods based off visuals. 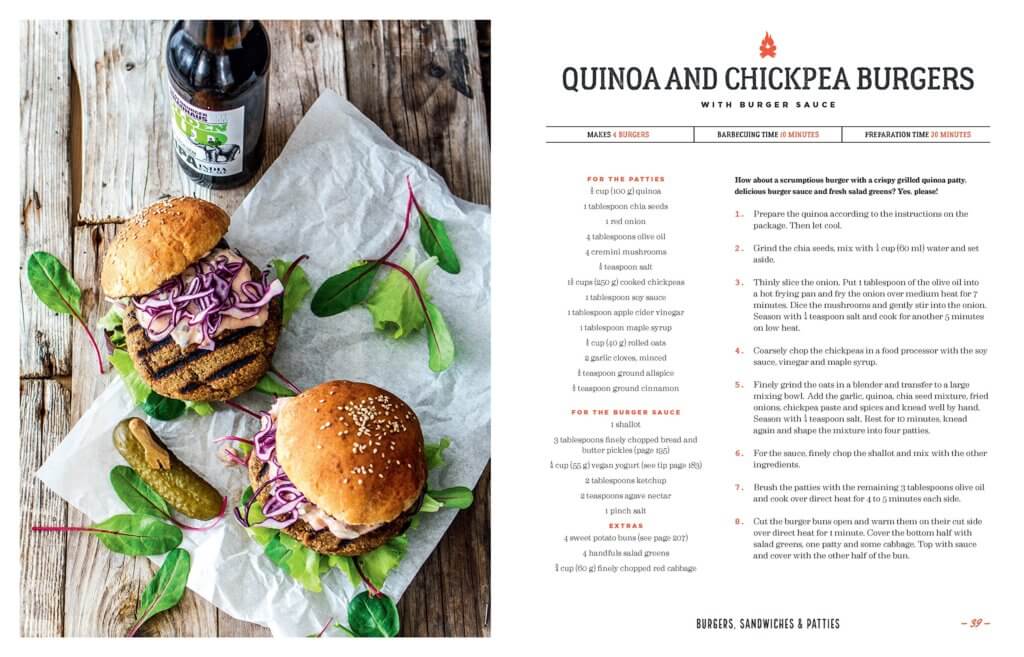 Most of the recipes go on the grill, but not all of them.

There are just over 80 recipes in the book, so not quite as many as Grilling Vegan Style (above).

However, those recipes are fairly unique, unlike some cookbooks that repeat variations of the same things.

Here are some of the recipes in this book:

It stands out from the other cookbook options here because most of the recipes are on the “easy” side, and there’s a full high-quality picture for each recipe.

It terms of recipe complexity, I’d say this one has the easiest recipes, although not by that much.

All vegan grilling recipes take a decent amount of work, you just have to accept that unfortunately. You can always buy pre-made mock meats to make things easier if that’s a big issue.

On top of the recipes, there are instructions for different grilling techniques and how to cook on different types of grills.

Now to the downsides – again, not many pictures. 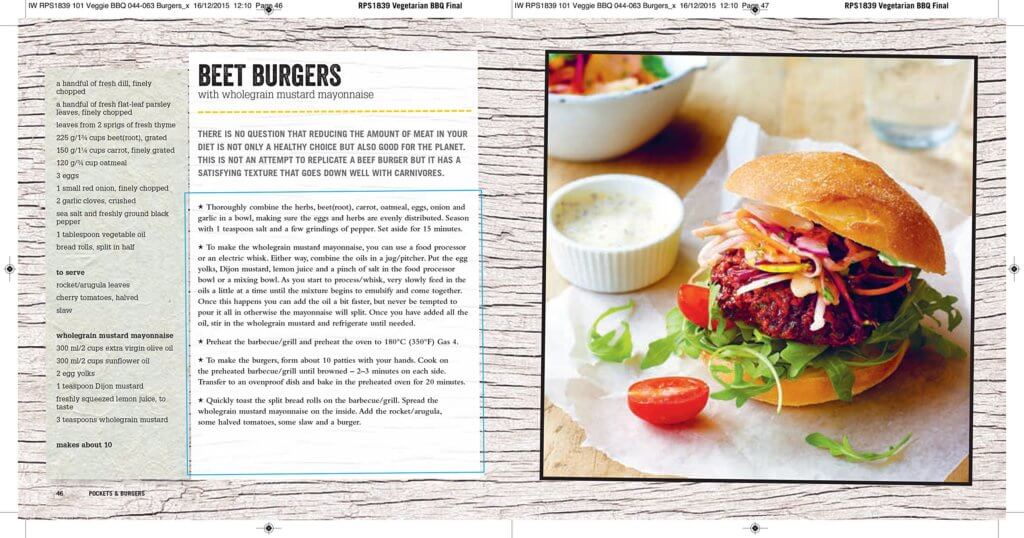 Just for one more option, I thought I’d include this book.

There’s a huge variety of international recipes in this vegetarian grilling cookbook.

I wouldn’t advise buying it for any vegan, but if you’re still on the edge, or looking for a grilling cookbook for a flexitarian friend, it’s worth considering.