Many of the most popular jelly beans are not vegan, although some are depending on your personal definition of being vegan (I’ll explain shortly).

I’ve put together this guide to help you know which popular brands are and aren’t vegan-friendly.

The most common non-vegan ingredients to look out for are:

Artificial colors and sugar are the grayest area to me when it comes to whether or not vegans can/should consume. Personally I avoid them, but they’re probably “technically” vegan depending on the definition you use.

With all that out of the way, let’s look at specific brands of popular jelly beans and whether or not they’re vegan.

We’ll start with the vegan ones and move onto the non-vegan ones.

Jelly Bean Brands That Are Vegan

This probably isn’t a fully complete list, but I’ve looked at most major brands I could find. 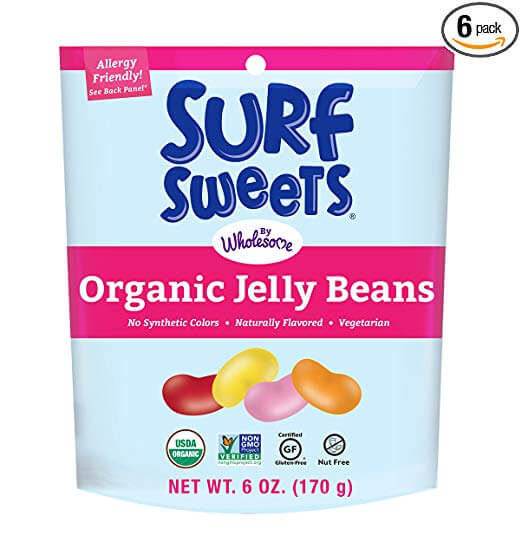 This is a brand I hadn’t heard of before I went vegan, but it’s one of the very clearly vegan options there are.

While you may not find it in many local stores, you can find on Amazon, which is convenient enough.

Most of those are ingredients that come from one plant or another, and they use all natural flavors, avoiding the common non-vegan coloring issues.

The one potential issue is the confectioners’ glaze, which isn’t always vegan. While it doesn’t say vegan on the package, it does on their website and it says “vegetarian” on their product page.

So while I’m not 100% sure, I’m quite confident that Surf Sweet jelly beans are vegan. 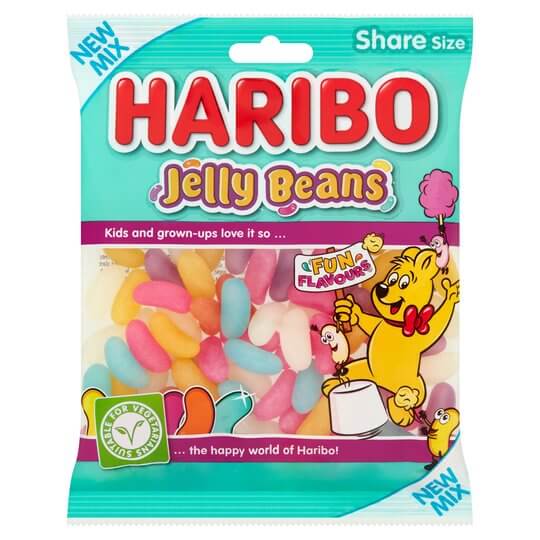 Haribo is a well-known brand, but not necessarily for their jelly beans, which is why these might be a bit hard to find.

All the ingredients are plant-based, and most are obviously vegan-friendly.

However, whenever just “sugar” is listed in the ingredients label, it’s possible for it to be made with bone char (from bones of cows). So at this point, it depends on if you’d like to take that risk (it could be vegan).

I’ve reached out to their support to try and get a clear answer either way, but if this sentence is still here, I haven’t heard back.

Verdict: Maybe vegan (depending on your views) 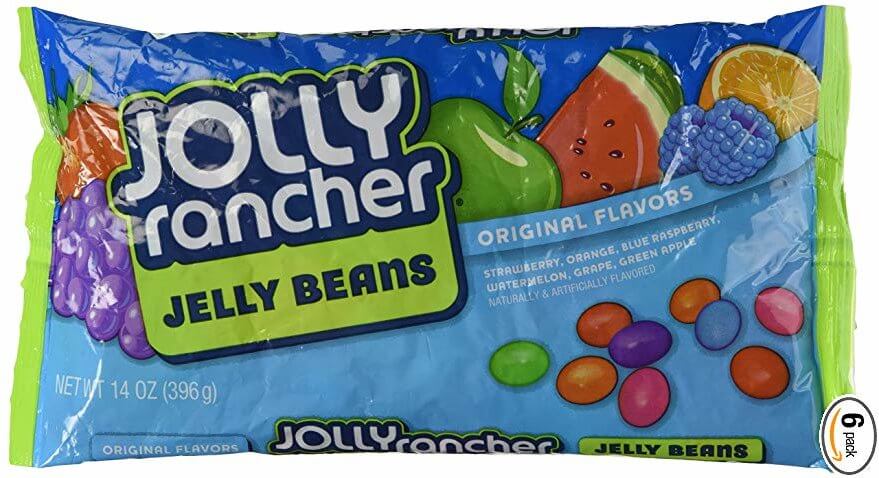 Now we’re getting into the non-vegan jelly beans.

There are 2 potential non-vegan ingredients, but whether or not you’re okay with them varies from person to person.

The first issue is the plain “sugar.” Again, if you’re North America, there’s a decent chance that this was processed using bone char.

With a company as big as Jolly Rancher, who likely has multiple sugar suppliers, there’s pretty good chance that at least some of their sugar has been processed this way.

It’s up to you if you find that acceptable or not.

Secondly are the artificial colors. Again, they’re a tricky grey area, surrounded by animal testing (although not by the food manufacturers themselves). So this is your call as well. 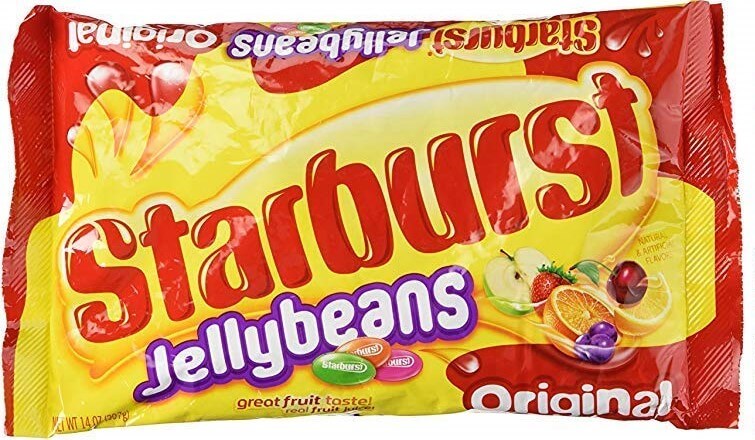 Almost the exact same ingredients as most of the other non-vegan jelly beans on this list.

Here’s the list of ingredients for their variety pack:

Note the coloring ingredients, but on the plus side, there’s no beeswax.

At least some of the sugar they use in North American products likely was refined with bone char.

And as for the confectionery glaze, it may or may not be vegan. I contacted support, but their reply was no help.

There’s a chance that Starburst jelly beans are vegan, but it’s probably not too likely.

Jelly Bean Brands That Are NOT Vegan

The brands here all have at least 1 ingredient that are clearly not vegan-friendly. 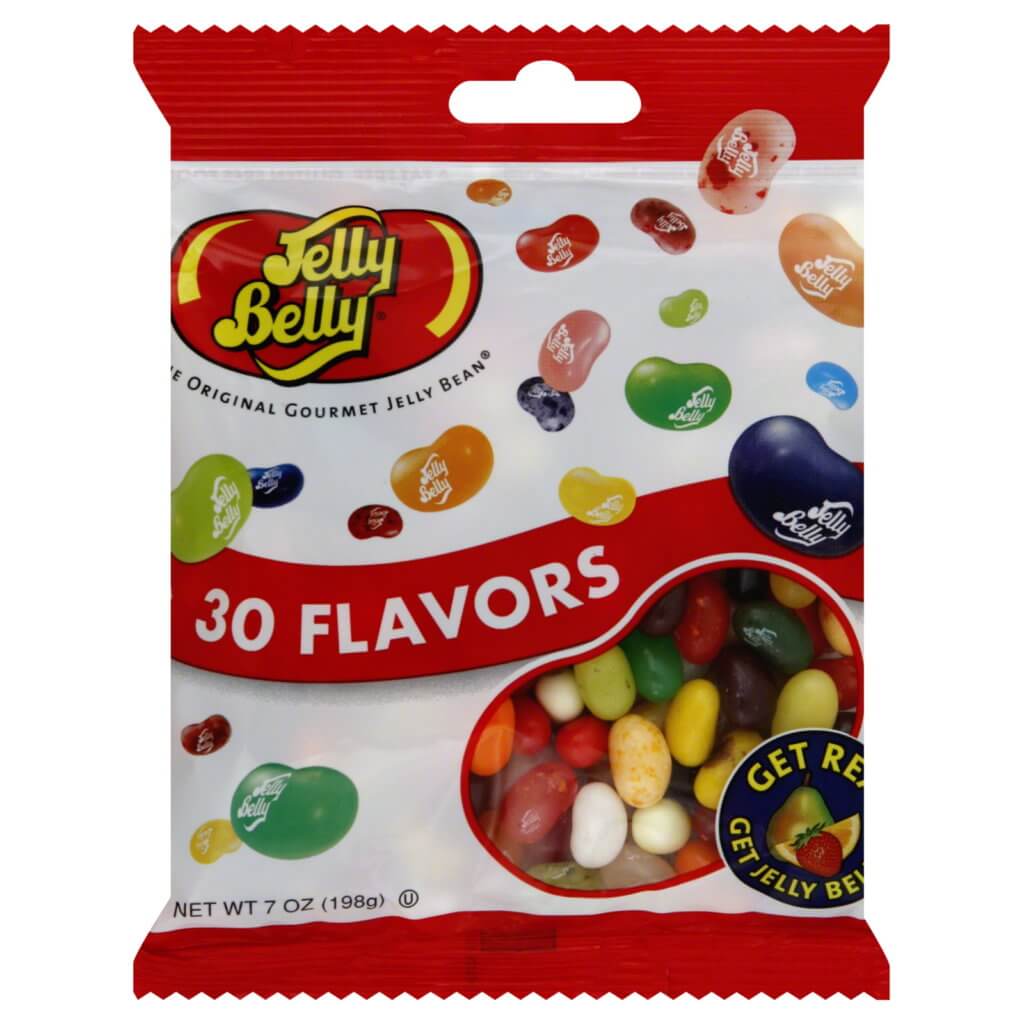 Here’s an image of the ingredients list for a bulk pack that contains all their flavors: 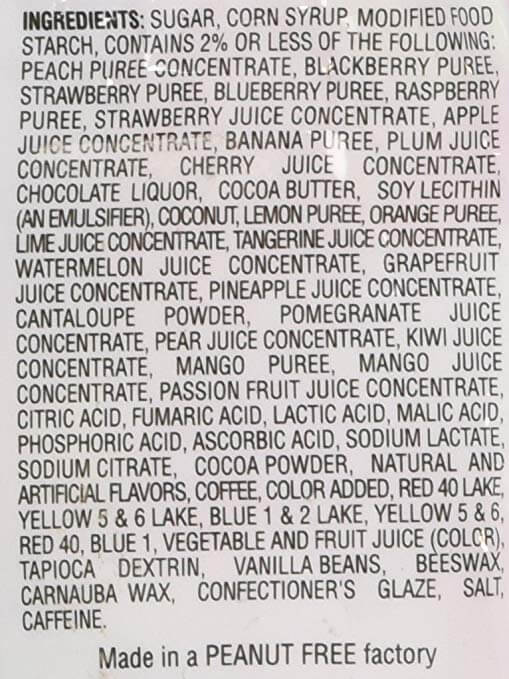 Just from the beeswax alone, these aren’t vegan. But I’ve heard of some vegans being okay with it, so I’ll go through the rest of the questionable ingredients.

This is one of those ingredients that can be vegan, but also might not be.

On Jelly Belly’s website, all the product pages of their jelly beans say “vegetarian friendly”, so assuming that’s correct, both the sugar and confectioner’s glaze should be fine.

The only potential issue for you would be the artificial colors, and that’s a personal decision that you’ll have to make. 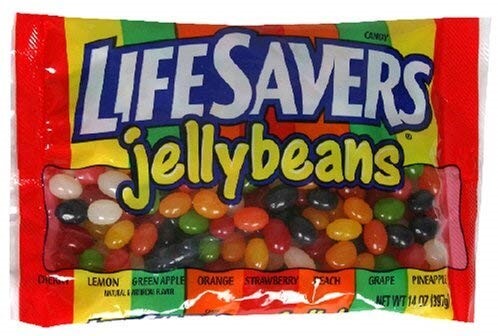 While not Lifesaver’s best known product, they do sell jelly beans.

Unfortunately, these are clearly not vegan due to the beeswax, and there are also other controversial ingredients in there as well. 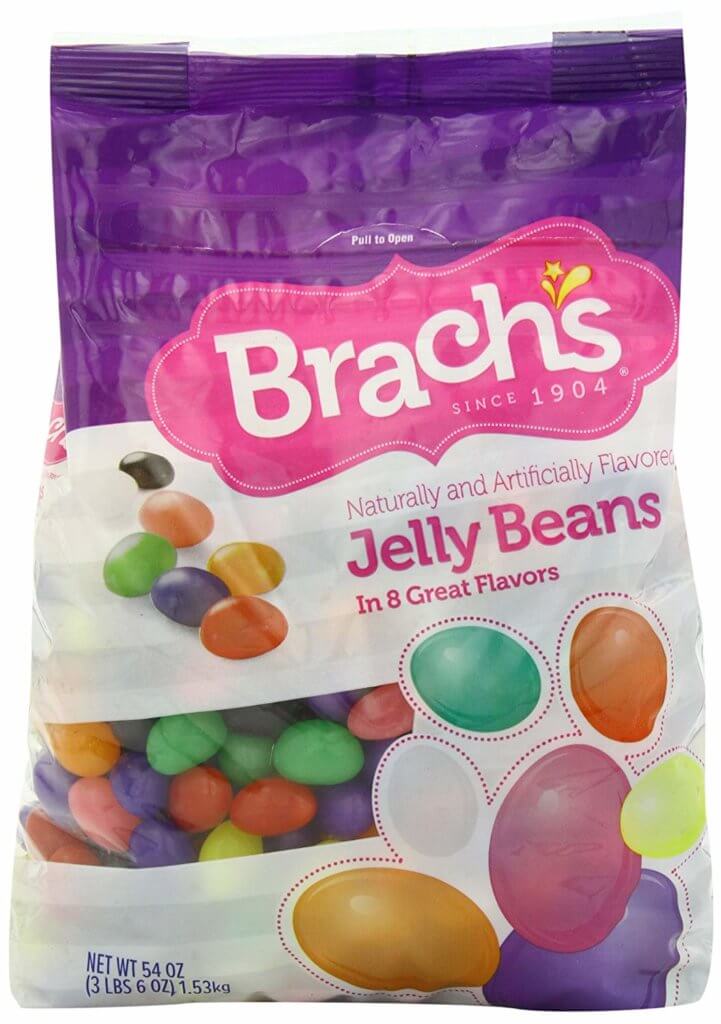 Just like a few other non-vegan jelly beans on this list, there are multiple coloring ingredients that we’ve talked about, plus beeswax.

Moving on to our last brand.

Do Jelly Beans Have Gelatin?

Summary: Which Jelly Beans Are Vegan?

There’s quite a range in ingredients, but I think it’s safe to say that you can’t assume most jelly beans are vegan.

Of the brands we looked at, here’s a quick recap: