The common depiction of a vegan is a scrawny, protein-deficient person who has no energy.

It’s true that getting protein is harder on a vegan diet, especially in the amounts that athletes need, but is protein deficiency really a concern?

This is a hard thing to measure, but we’ll look at a few long-term and large-scale studies that have looked at protein consumption in omnivores compared to vegetarians and vegans.

What’s the RDA for Protein?

You can get this amount even by eating foods high in carbohydrates like oats. There’s 55 grams of protein in about 420 grams of oats (1500 calories).

The RDA for protein is 0.8 g per kg of bodyweight. This is the minimum amount needed to sustain basic healthy bodily functions.

Research Shows Protein Deficiency is Not Common in Vegans

There are 2 big pieces of research that are relevant to this topic.

First, a 2013 study published in the Journal of the Academy of Nutrition and Dietetics looked at protein intake of 71,571 subjects from the Adventist-Health-Study-2.

While the study distinguished between different types of vegetarians, we’ll just look at strict vegetarians, which were quite close to vegans based on the definitions in the study.

The median amount of protein consumed by strict vegetarians was 5% lower than non-vegetarians. This is still well above the minimum needed based on the RDA.

Secondly, the EPIC-Oxford study is a long-term UK-based cohort that tracks many aspects of lifestyle and health, including diet.

One study that analyzed this data found that vegans do get less protein than meat-eaters, but still get on average 1 gram per kilogram of bodyweight, which is 25% more than is needed.

While more data is needed, the authors did note that vegans on the lower end of protein intake appear to be at risk of protein deficiency. In my experience, these would be the people who go vegan and try to subsist on junk foods or purely fruit without any concept of a healthy diet.

The average vegan diet has more than enough protein to avoid a deficiency. Only vegans with a poorly planned diet lacking diversity are at risk of protein deficiency.

These are not easy to spot in many cases unless they’re really obvious. If you’re worried about not getting enough protein, start tracking your meals using a free calorie tracker like Cronometer.

Side Effects of Low Protein Levels

Beyond the obvious symptoms, a protein deficiency can lead to significant side effects including:

Do Vegans Get Enough Protein to Build Muscle? 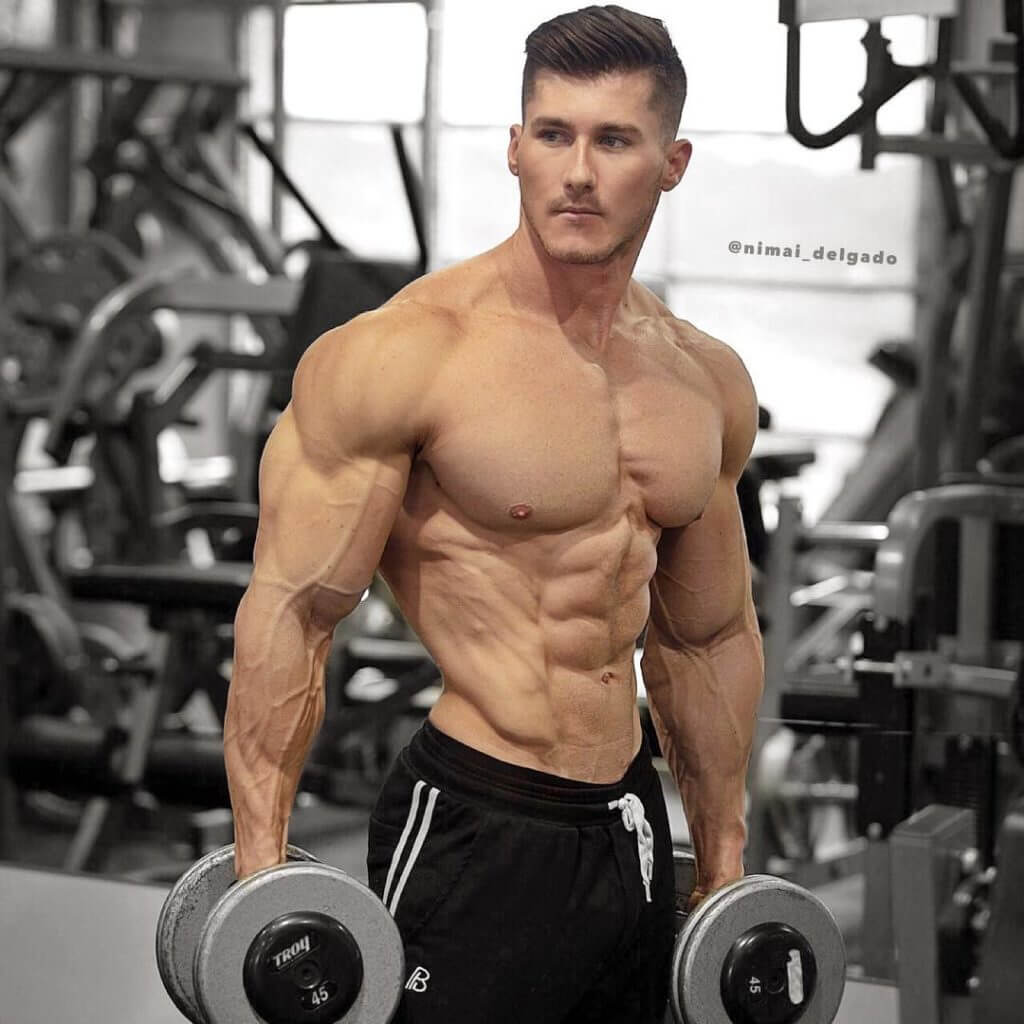 Believe it or not, there are vegan bodybuilders like Patrik Baboumian and Nimai Delgado (see above) who are absolutely huge and have no problem being that way on a vegan diet.

There are also several NBA and NFL players who eat vegan diets during the season at least, so clearly it’s possible to build and maintain muscle on a vegan diet.

Just like non-vegan diets, maintaining or building muscle comes down to getting enough protein. I’ve written an extensive guide on how to get enough protein as a vegan if you’re interested in learning more. It has tables and charts on the best plant-based protein sources to focus on.

Note that it can be difficult to hit macro targets on a vegan diet, especially when trying to lose weight without the help of specific protein sources like protein powder, tofu, and vital wheat gluten.

Summary: Can Veganism Cause Protein Deficiency?

There’s no reason that a vegan diet should put the average person at risk of a protein deficiency.

We’ve seen multiple large-scale studies that show while the typical vegan eats a bit less protein than meat eaters, it’s only by a small amount. Most vegan diets are well above the RDA for protein.

In fact, you’d have to really go out of your way to not get enough protein as a vegan.

If in doubt, this is something you can talk about with your doctor or a certified dietician.