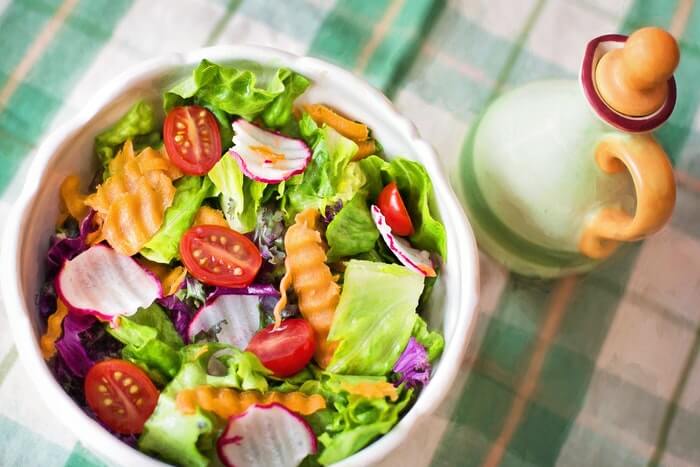 When you go out to eat, salad becomes the go-to choice for anyone on a vegan diet.

But unless you go to a vegan restaurant, it’s hard to know if salad dressing is or isn’t vegan.

Obviously, it makes sense to ask, but even then not all waiters/waitresses know the ingredients in their dressings, or even understand what vegan foods are.

So it depends on whether or not you want to take a risk that a dressing is free of animal products.

After checking out the ingredients of many store-bought vinaigrette and homemade recipes, I’ve found that about half of vinaigrette dressings are vegan.

The base is usually really simple:

But then you’ll find many ingredients added on top of those:

Obviously those last 2 are not vegan friendly.

While some vinaigrette dressings are vegan, many are not. Always check the ingredients or ask a server if out at a restaurant. 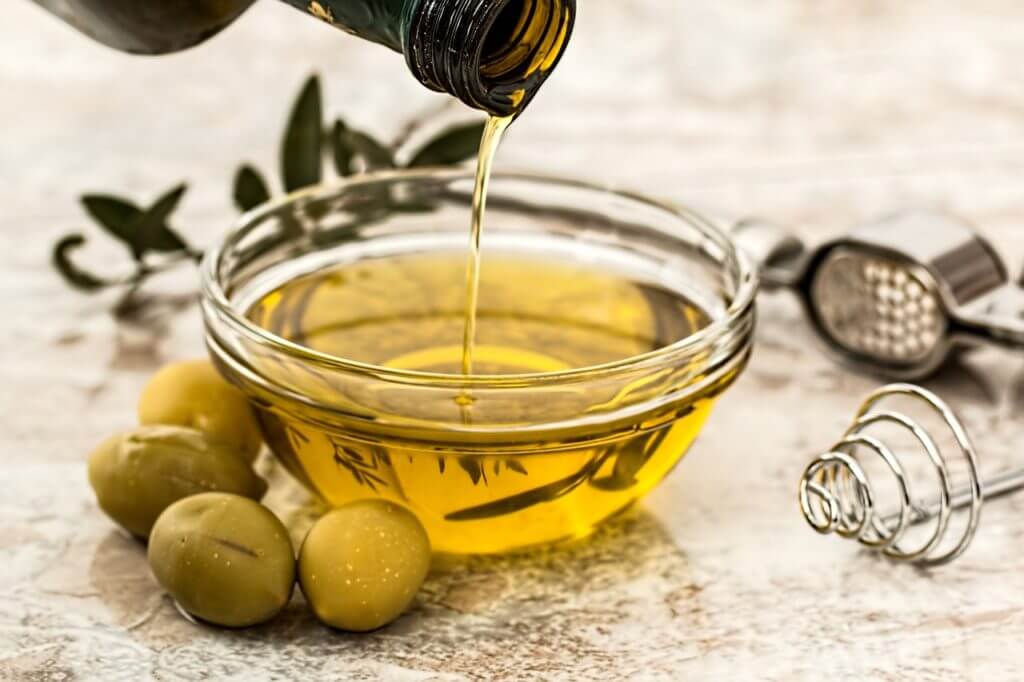 While researching this, I learned that Italian dressing is actually a specific type of vinaigrette.

So it has the same core ingredients (vinegar and oil), but has herbs added to it that we consider an Italian mix, including:

On top of those ingredients, there are usually other flavoring ingredients added, just like any other vinaigrette. Unfortunately, this commonly includes those 2 trouble ingredients from before:

I’ve found that these are even more common in Italian dressing than in general vinaigrette dressing.

Many Italian dressings contain parmesan or honey (or both). So while you can make vegan Italian Dressing, it can be hard to find one at a restaurant or store (although possible).

Other Salad Dressings That Are Likely Vegan at Restaurants

There are 2 more options that are typically safe options for vegans:

You’ll want to avoid the obvious non-vegan dressings like caesar or ranch, which just about always have animal ingredients (typically dairy and egg).

Pretty much anything that sounds or looks creamy usually has eggs, cream, buttermilk, or some form of dairy in them.

One final option is to buy vegan salad dressing packets and carry a few around with you in case you go to a restaurant. Ask for no dressing and use your own.

Most “regular” salad dressings are not vegan. Unless you go to a vegan restaurant, you should ask about the dressing before ordering, or skip it altogether.

Which Salad Dressings At Panera Are Vegan?

To wrap things up, why don’t we look at a practical example. Some quick research found that quite a few people wonder if Panera salad dressings are vegan, so let’s take a closer look.

According to their 2020 allergen guide (the dressings are near the bottom):

I couldn’t find a clear indication that those last 5 sauces are vegan for sure, but since the main non-vegan ingredients in salad dressings are dairy, they probably are vegan friendly. The only other main ingredient to worry about is a non-vegan sweetener like honey.