It’s almost a right of passage for new vegans to struggle with digestive issues, especially if you switched to the diet all at once.

If you have sharp stomach pains, or this has been going on for multiple months since changing your diet, you should see a doctor.

But if you’re just having gas and bloating, diarrhea or a general upset stomach, it can probably be explained by your new diet.

The good news is that this isn’t permanent. In most cases, it’ll go away by itself. However, you can also take steps to speed up this process and get back to a quiet stomach.

First, I’ll go over what usually causes these stomach issues, and then I’ll show you how to fix them.

The Root Cause of Most Vegan Stomach Problems: The Gut 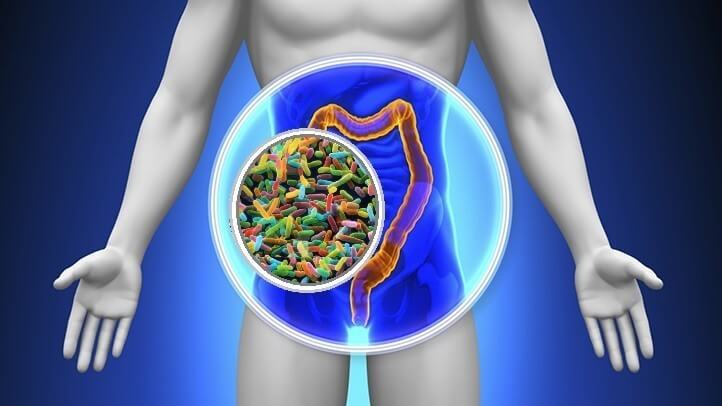 Your gut hosts billions of bacteria and other microorganisms, referred to as your gut flora.

Most of them help you by breaking down undigested food, synthesizing vitamins, and metabolizing acids.

In other words, if you eat a lot of a specific nutrient (e.g. fiber), the bacteria that survives on fermenting fiber will grow and thrive. But its population will shrink if it’s not fed regularly.

People who digest milk easily have a lot of Lactobacillus in their gut, which help breakdown sugars from dairy products. If you don’t have dairy for a long time, most Lactobacillus will die off. If you suddenly reintroduce dairy to your diet, your stomach won’t be able to handle it.

That was just an example, since hopefully you’ll stay vegan.

But the point remains – your gut is a constantly changing and adapting ecosystem, responding to the food you eat.

When you first go vegan, you likely drastically change your diet. The bacteria you need don’t exist in large enough volumes, which can give you stomach problems. Over time, your gut flora will adapt and you’ll find that you digest your food better (and have fewer stomach pains).

Some common ones are:

In most cases, your stomach problems will go away after 6-8 weeks at the longest as your gut flora adapts.

Here are some other explanations of stomach issues on a vegan diet.

Too Much Fiber (Very Common)

This is partially related to your gut flora, as some fiber is fermented in your gut.

When you switch from a typical Western diet that has very little fiber, to a normal vegan diet, your fiber intake goes way up.

But again, you may not be used to it right away. It’s also possible to eat too much fiber for comfort on a vegan diet, if all you eat are beans and veggies.

It’s likely not bad for your health, but fermenting fiber produces gas, and there’s just no avoiding it if you’re eating a ton of fiber.

First, refer to this list of the top vegan sources of fiber, or more specifically, the vegetables highest in fiber. Then, track your diet using Cronometer for a week or so and see how much fiber you’re taking in. Then try reducing it and see if that makes a difference.

Fiber can cause stomach problems if you consume much more than you’re used to, which is common for new vegans.

Too much fat, especially in one meal can cause abdominal cramps and diarrhea.

It’s mainly a concern for those with irritable bowel syndrome (IBS), but too much fat can cause stomach problems in anyone.

When you first go vegan, you may find yourself eating a lot more:

It’s easy to snack on handfuls of peanuts and almonds, but the fat really adds up.

If you suspect this is your issue, just cut down on how much fat you’re eating, or try to spread it out more.

Many new vegans rely on fats to get calories. If they’re not used to it, it can cause stomach issues. Over time, the body adapts (like on a keto diet), and runs off fats better.

An Increase in FODMAPs

If you’d like more detail, here’s a thorough guide to FODMAPs.

A vegan diet is more likely than your former diet to contain these foods and trigger stomach issues.

Take a look at this image with lists of high and low FODMAP foods: 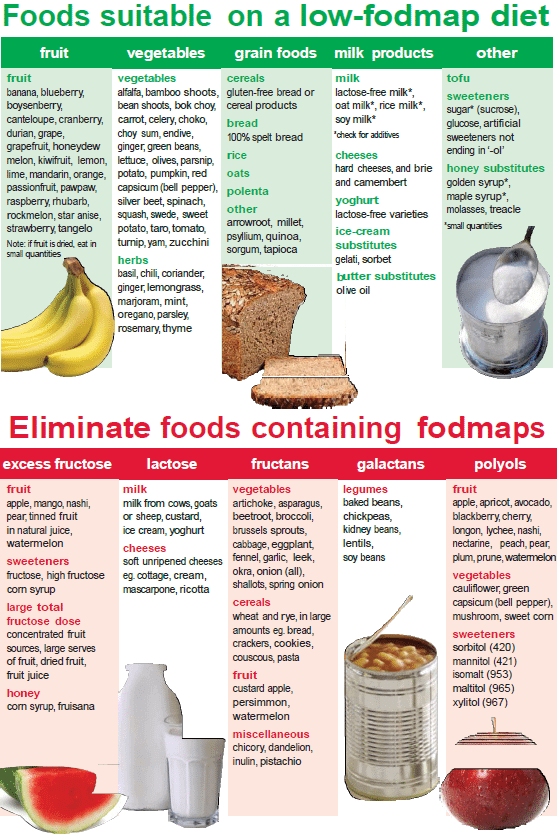 If you think you’re eating a lot of foods on the bottom (red) half, this may be the cause of your issues.

Peanut butter is low in FODMAPs and a good food to include in your diet if you’re having trouble getting enough calories.

Here’s a short, but informative video on how to test out a low FODMAP diet.

Certain types of foods called FODMAPs cause stomach issues in a fairly large group of people. Eating too many of these, which is possible as a vegan, can cause issues.

On top of the solutions we’ve looked at already, there are a few other things you can do:

I know that going vegan is hard, inconvenient, and even a little scary at first.

It’s hard enough to figure out what to eat, and dealing with stomach issues doesn’t help with that.

What I can say is it does get easier. Much easier.

After a few months, following a vegan diet won’t be any more difficult than your old diet, and you’ll likely feel more healthy and full of energy as well.

Just don’t give up, you can persist through these obstacles.