Almost every recipe that calls for coconut cream needs it so you can make a vegan version of whipped cream.

That makes it pretty special, because most other vegan heavy cream substitutes do not whip up at all or very well.

If at all possible, use coconut cream (the thick part of refrigerated canned coconut milk).

But if you can’t, there’s one other option – aquafaba.

How to Whip Aquafaba

Aquafaba is the only other vegan thing that I’ve found whips up well (and I’ve tested a lot of things).

It’s just the liquid that comes in a can of chickpeas. Put a bowl under a strainer and pour out the can so that the liquid collects in the bowl. 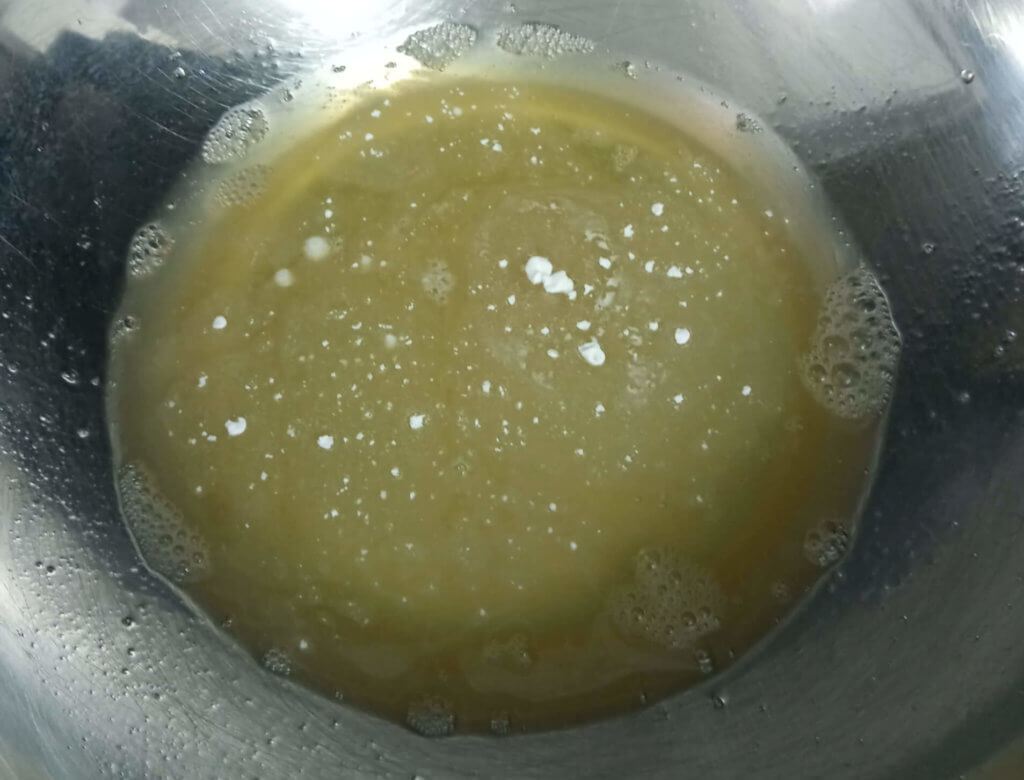 While it’s not mandatory, adding a small amount of cream of tartar (about 1/8th tsp) will help form and retain peaks.

Use a hand or stand mixer and you’ll see that the aquafaba quickly bubbles up and then turns white.

I use a pretty crappy hand mixer, so it takes about 5-6 minutes of whipping to get peaks to form. If you have a better mixer, it might only take about half the time, but it will take a while.

Here’s what it should look like after a bit:

From here, you can add sugar and a tablespoon of vanilla and whisk it in.

If you’d like to get a closer look at the texture, here’s a short clip of what whisking the whipped aquafaba looks like (Loud sound warning).

Note that you have to add quite a bit of sugar to overcome the natural brine taste, which isn’t great.

When you whip both of them up, they look really similar.

But the texture and taste is not quite the same.

While both are sufficiently “airy”, whipped coconut cream is much thicker. The texture and natural taste is much better than aquafaba in my opinion.

Additionally, you can refrigerate or freeze whipped coconut cream no problem. If you freeze whipped aquafaba, it turns into a weird icy texture (similar to a frozen banana). So if you whip aquafaba, try to use it right away.

In summary: If you’re making vegan whipped cream, try to use coconut milk or cream if at all possible. If it’s not, aquafaba will “work” in a pinch, but it won’t be quite as good.